‘I Know What God Promised Me’: A Mother’s Struggle With Her Child’s Addiction 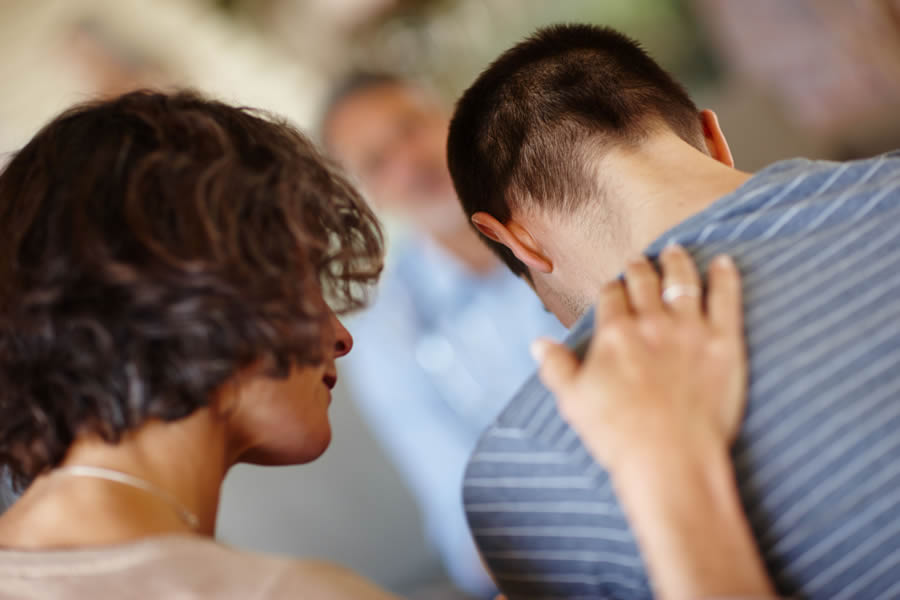 Henriët and her husband did all the right things. When their adopted son Harrison was 4, she hid the Lion King movie because it made him too aggressive. They sent him to Christian schools. They led him to the Lord at a young age.

“We were just trying to bring up a nice young man who believed in God,” explained Henriët. Now she anguished over his drug addiction.

Their Journey Through Addiction

Henriët first discovered her son was using marijuana when he was a young teenager. She knew very little when it came to addictions. “When you start these journeys, you tend to be naive, especially if it’s not in your family history at all, which it isn’t for me — or my husband’s.”

She thought if she just “normalized” the experience of smoking marijuana he’d tire of it. If “we don’t make too big of a deal about it, and if we say clearly that we don’t approve of it, he’ll get over it. That wasn’t quite how it worked out.”

She and her husband could only watch as Harrison continued to use. But things got worse. As he turned to stronger drugs, he began to explode in anger. He threatened that he would leave and they’d never seen him again. Or he’d manipulate them. “You don’t care about me,” he’d say, or “just help me this one time and I promise….”

A Kind of Crazy

He also had been lying to his parents. Henriët suspected that he lied, but couldn’t catch him in the lies. She began to feel crazy as her world spun more and more out of control. “And so you live in this constant turmoil … like you’re not living in normal reality anymore, you’re living in this alternate reality — you feel kind of without an anchor.”

She added that all of it gets built up to a kind of crazy that parents of non-using kids don’t understand. “Other people that don’t have this kid that is using and on the street don’t understand that you go looking for them at two and three in the morning that you might stay out all night. That you make the kind of choices that you make.”

You must exercise “constant vigilance,” she said, because you never know what will happen. It  exhausts you. “It’s hard to go to sleep because overnight’s always when the bad stuff happens. You can’t really relax because you could get a call and it could be he’s in jail. You always fear the call that says he’s either dead or something or you get that call from the police.”

At one point, Henriët started a support group for family members of addicts. She found that running after a loved one was common in the group. “We all did it because that’s your kid and you’re going to fight for them or that’s your loved one and you’re going to fight for them and you do stuff you never thought you would do or even think was remotely likely.”

People dealing with addicts respond to “the turmoil and the panic that comes with it … in ways that seem like to other people as crazy but becomes normal to you. It’s your way of coping and it’s also your way of hanging onto the person you love.”

Just as Harrison changed when he began using, Henriët changed. She prayed a lot more. The family had a bunch of people praying for them. “We had anywhere from 25 to 40 people on an email prayer chain that I could send an email to when it was super crazy.”

But Henriët and her husband did because it meant that Harrison wasn’t homeless or dead. He was stuck in a place where he probably couldn’t use. “You’re open to a reality that you didn’t know and you probably didn’t want to know. I mean, I know stuff that I never thought I wanted to know.”

And there’s a stigma attached to the families of loved ones with an addiction. Friends they once had were nowhere to be found. “The people were afraid that supporting us or being with us would somehow, you know, that they would be infected. I would say to people we are the family, the modern day families, of lepers and people want nothing to do with this.”

Henriët’s strength came from Jesus. “I would say without Jesus, I would not be standing.” She credits all of those who stood beside their family and prayed when she sent out an email request. “I knew people were praying and I could almost instantly — some form of peace and calm would come back over me when I’d hit the panic stage.”

Then one day during one terrible episode, she paced up and down her driveway in the rain, crying and praying to God. “I’ve already answered your prayers,” she felt Him say. “You’re just living toward the answer.”

She asked God for a promise and He gave her Psalm 91:15-16: “He shall call upon Me, and I will answer him; I will be with him in trouble, I will deliver him and honor him. With long life will I satisfy him and show him My salvation.” She clung to those verses.

In May of 2014, Harrison became very ill. His appendix had burst but he didn’t know it. Scar tissue formed around the contents of his appendix. It also wrapped around his small intestine in three places. Harrison lived on the streets at the time, but called his mom to pick him up. He screamed in pain all the way to his parents’ house.

By September, he was very sick. He couldn’t eat or keep any food down. “We didn’t know what to do,” said Henriët. “We didn’t know if this addiction had gotten so bad that he needed to go to treatment again or whether something else was going on and he needed to go to the hospital.” Harrison eventually got to the point that he said he would do whatever it took to get clean.

Henriët knew he was dying. “I thought, ‘He can’t die because I know what God promised me.'” So she prayed. “‘Lord, you gave me the promise. So I know he can’t be dying. I don’t know how you will fix it, but I know he’s not going to die.’ I just knew what God had said.”

On the way to the hospital, Harrison prayed — something he hadn’t done for years. He cried out to God, “God please help me!” Henriët  remembered her promise. “And I thought, ‘okay, here we go.’ Because that’s what Psalm 91 says ‘when he calls on me, I will rescue him.’ And that’s what happened.”

Henriët took him to a hospital where they diagnosed the burst appendix and obstructed bowel. The doctor told Harrison’s parents that he was only hours from death. That was the last day that Harrison used.

Harrison’s sober date is September 30, 2014. Although she is thankful for Harrison’s sobriety, Henriët says the battle isn’t over. “I think for a lot of us, we just want to go back to the life we had and pretend this never happened. You have to stay vigilant. They have to stay vigilant. … They have to change their whole life and they need their family [to] stand with them.”

Most people see their child or loved one as the addict. “What God showed me is that the addict wasn’t Harrison. The Harrison I knew before was still in there. And that’s the person I hung onto. I wasn’t hanging on to the addict. I wasn’t interested in enabling the addict. I was hanging onto my son who was trapped underneath there so that he could get back out.”

Henriët offered some advice to those whose loved one has an addiction. “Basically, the world tells you, ‘kick them out,’ you know, tough love. ‘They have to find bottom.’ Well, I’m pretty convinced with heroin bottom is death or an institution. … What God led us to do is to hang on to Harrison.”

There were times that his parents enabled him, but they always clung to God. “So we very intentionally had our eyes on Jesus. We surrounded ourselves with people who were willing to pray with us. We were not silent, we weren’t hiding. This is not something to be ashamed of, you know, this can happen to anyone. And so, we’ll keep putting our eyes on Jesus, but also hanging onto Harrison.”

Henriët and her husband now pastor True Hope Community Church in Issaquah, Washington, for families and individuals dealing with addiction and recovery.