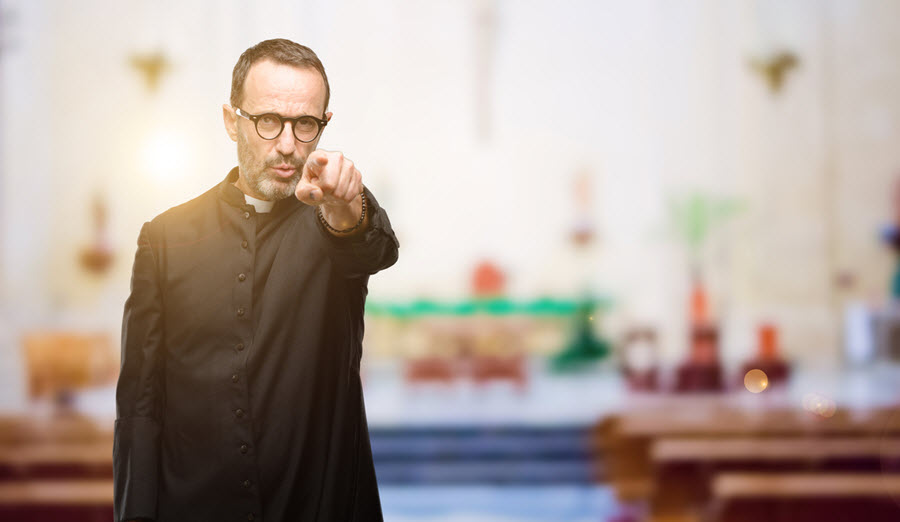 Bill (not his real name) emailed me several times. He did not know what to do. The problem? His pastor was asking all the whites to apologize for being white. His white BLM-loving pastor tried to bring the church to repentance due to their “privilege.” It was not working.

Bill and his friends acknowledged that racism existed. And they wanted to be part of the solution, not part of the problem. And they cared deeply about justice — biblical justice. But they grew weary of being told how bad they were as “oppressors.” CRT, Critical Race Theory, states that the entire world is comprised of either oppressed people, or the oppressors. And since Bill’s pastor seemed to view his congregants as the “oppressors,” they should repent. CRT seems to contradict the notion that “there is now therefore no condemnation to those who are in Christ Jesus.”

Bill’s pastor does not seem to understand that the founders of BLM acknowledge that they are “ideological” and “Marxist trained” (their words). One would have thought that upon discovering that some of the 13 BLM guiding principles include “gay affirming,” “trans affirming,” a position against the nuclear family — father, mother and children — (again, their words), that BLM founders are anti-Semitic, and that they practice African occult religious activity, that perhaps Bill’s pastor might no longer proudly display the BLM letters. But apparently not.

Where was this church? Not in the historically liberal Northwest or Northeast. It was in the Heartland of America. Once a flagship church of its conservative denomination, the congregation has shrunk to about one fifth of its size. In desperation, Bill stopped tithing to the church he loves and sent his money to another church. A group of Bill’s friends met with members of the church Board hoping to see the church return to the call of the Gospel and holy living. They were not successful.

Now Bill wonders what to do. He still attends a Sunday School class made up of people he loves. And he still loves his pastor and church. But Bill has a broken heart. He does not go to hear the pastor’s politically correct sermons anymore. And there are many others like him in that church. And across America, there are many churches like this one.

What has also become clear is that these same churches have lost the clarion call regarding Jesus’ power to transform the homosexual. Instead they have yielded to a new phrase, “gay Christianity,” as if the word “Christian” needed an adjective announcing one’s proclivities. Would one use phrases such as “adulterous Christian,” or “gossiping Christian,” or “gambling Christian,” or “pornographic Christian?” Not likely. “Christian” does not need a modifier.

Also observable among some contemporary evangelicals is a weakening on the commitment to protect life in the womb. Some are now saying, “We are pro-life, but …” Those words are followed by rationale why voting for a pro-abortion presidential candidate is justified. Others say smugly to bona fide pro-lifers, “You are not pro-life; you are only pro-birth,” and proceed to lecture us all on the fact that we don’t care for babies after they are born.

Instead of proudly wearing the badge of “Christ-follower,” they speak of being a SJW, or “Social Justice Warrior.” Social justice is, in reality, a buzzword for Marxism, for coercively taking from those who have, to give to those who do not have. “Free market,” to the SJW, is evil. Socialism is the answer. And they seem unaware that “social justice” is not “biblical justice.” We would not be surprised if all the above descriptors pertained to one of the “liberal” churches or denominations or to “liberal” persons. But they don’t. The above descriptions are all in so-called “evangelical” churches among persons who call themselves “evangelical.” And if we drill down to the subgroups under the evangelical umbrella, we discover that the pro-BLM, homosexual affirming, life-in-the-womb abandoning movement has impacted the Pentecostals and the Holiness Churches.

A Training Event for our Time

To address this phenomenon, a ministry called Well Versed is offering a free simulcast from the Museum of the Bible in Washington, D.C. all day this Sunday, September 27th, from 8:30 a.m. to 5:00 p.m. Eastern time, featuring 15 speakers in 29 short talks.

The event has rich content. It is hard-hitting and direct. It is designed to help you to (1) know, (2) articulate and (3) persuade. Included in the day will be a comparison between the Democratic and Republican platforms, with Scripture as the guide.

You are invited to join the event from your computer at no charge.

Some of the speakers and topics include:

To see the full lineup of speakers, go to https://www.wellversedworld.org/upcoming-events/. 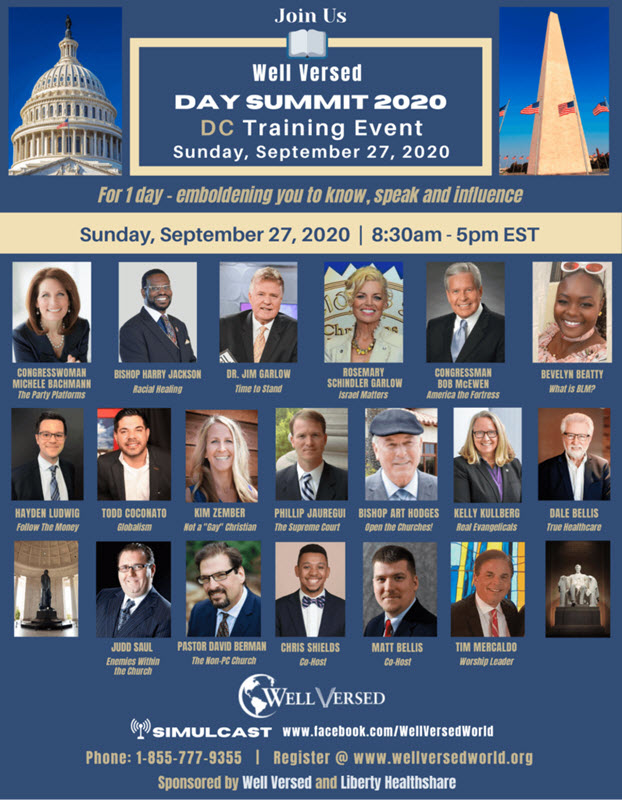 Dr. Jim Garlow, author of 21 books, has pastored for over four and half decades and has done over 1,500 print, radio and TV interviews. He is CEO of Well Versed, a ministry that brings biblical principles of governance to government leaders through weekly Bible studies in the U.S. Congress, the United Nations in New York City and through private meetings with government leaders. He is heard daily on 800 radio outlets. He and his wife Rosemary Schindler Garlow have eight children and ten grandchildren.