I Cannot Lead, Will Not Follow, and Refuse to Get Out of the Way. I Am … the Heckler

And that's one more reason I won't take the Dead Baby Vaccine. 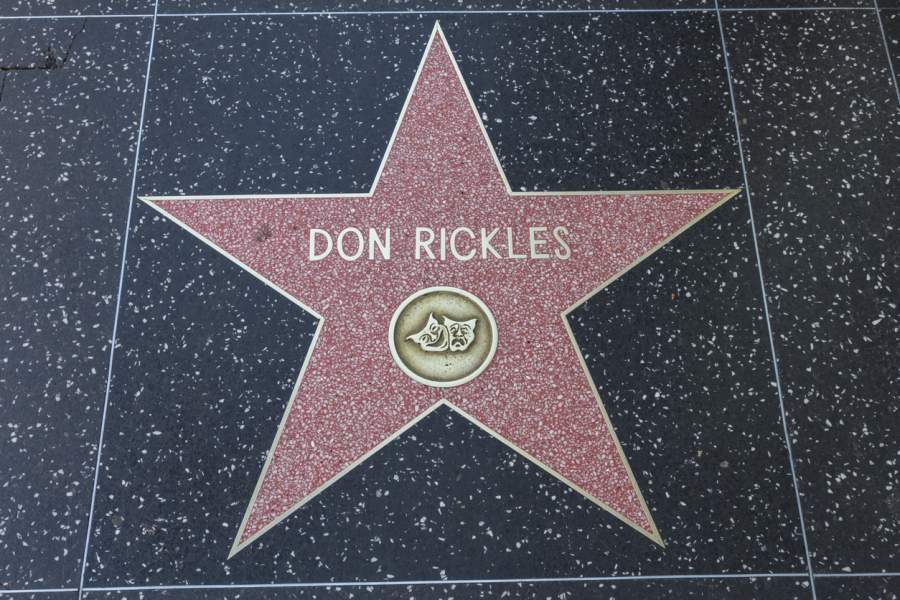 As someone who writes and does radio shows almost incessantly, let me share with you one of the downsides. It happens when somebody contacts me to call something I said “really courageous.” Or far worse, “prophetic.” (Remember how most prophets end up in this life — at the bottoms of wells, covered with stones.)

Then I feel a pit open up in my stomach and think: “It was? I had no idea. So what’s going to happen to me now?” I start war-gaming all the worst-case scenarios, down to the Capitol Police showing up down in here in Dallas and shooting me down like Ashli Babbitt. After running through all the worst imaginable consequences — and checking my stock of “I’m going out like Scarface!” AR-15 ammo — I down a cup of coffee and go watch some documentary about cute little otters. Or World’s Dumbest Outlaws.

Eventually, my “courage” panic attack goes away. Then I’m ready to make another unwittingly brave statement. It turns out that heckling is my superpower. I try to use it for good instead of evil.

I never decided to be a non-joiner, iconoclast, a “counter-cyclical” contrarian, or as my mother used to term it, “snotnose little smartass.” I crawled out of mom’s lizard egg a spiny, scaly heckler. At age 2, hospitalized for pneumonia, I snuck out of my oxygen tent and disappeared. My panicked parents and the scrambling staffers eventually found me, hiding under some other young patient’s bed. Dad told me that when they pulled me out, I was cackling. Not for nothing in the wake of the Omen movies did my older sisters nickname me “Damian,” after the cuddly little anti-Christ. Mom preferred another cinematic reference, dubbing me The Bad Seed.

As a young boy, I’d seek out Dean Martin’s celebrity roasts just to savor insult expert Don Rickles. Over time it got to the point that when he came on stage I would rise, with my hand on my heart. He became my national anthem.

Our Lady of the Sweathogs

My reaction to growing up in a 1970s blue-collar haze of second-hand pot smoke and “Stairway to Heaven”? I dove into classical music. My peers puffed Marlboros and traded “rank-outs” in the smoking yard at Our Lady of the Sweathogs High. I spent those same free periods watching the filmstrips the teachers never showed us on the Baroque and Rococo periods in fine art and music. I scorned every sports team except the perpetual losers the New York Mets. I wolfed down the complete works of Evelyn Waugh. And quoted him.

Then after my shock wore off from getting into Yale, I scoffed at my preppy classmates. And blasted KISS records in my dorm. I wore Def Leppard t-shirts with stone-washed jeans, and brandished Soldier of Fortune magazine in the Gothic dining halls. I told those budding social justice warriors (who in fact would become Wall Street bankers) that I aspired to be a mercenary, and fight Communism in Rhodesia.

Introverted Misanthropes of the World, Unite! But Keep Out of My Kill Zone

I never consciously decided any of this. It was just an overwhelming instinct, bubbling up from my nature as an introverted misanthrope. As they used to say on Twitter (of course now I’m banned) I was #BornThisWay. Or at any rate, hatched.

I see a trendy restaurant crowded with people and flee, to seek out some little deserted place where I can read medieval history in peace. That always becomes my favorite spot, and of course goes out of business. Since nobody else eats there.

And so on. I’ve never understood the phenomenon of “peer pressure.” For me it works in reverse. My best friend since age 7 has told me, “I’ve never seen you embarrassed. Ever. I think you were born without the chromosome for shame.” Guilt, yes, and that in nice heaping portions, but that’s between me and God. Other people’s opinions just … never factored in.

The danger here, of course, is if someone like me ends up surrounded by wholesome influences, in a virtuous environment. He might react by becoming some kind of monster. But in my briar patch, that temptation has never presented itself. I remain vigilant, of course.

The Dead Rat in the Punchbowl Guy

With all this in mind, I don’t think I deserve any special credit for regularly spotting the rats in popular punchbowls. When I see a crowd of people running in the same direction, my first thought is “Gadarene Swine, headed for the cliff!” And I run the other way. In fact, it’s a struggle not to lurch mindlessly to opposite extremes. I use all my rational power to remind myself that a popular consensus isn’t always 180 degrees wrong. Just, you know … most of the time.

The one time I did go with the crowd was in 2016, when I followed my fellow “thinking” conservatives in concluding that Donald Trump would prove unelectable. That’s what I get for trying to be a joiner.

No Credit Where None Is Due

So I don’t deserve any special credit for predicting back in the 1990s that immigration would become America’s central political issue. Or seeing in 2002 that the Iraq War would be a catastrophe, though not for the reasons peaceniks and Muslim-lubbers were saying. Or for realizing that the expansive, grandiose Americanism of the “invade the world, invite the world” neocons would backfire on the country. Or knowing in 2008 that John McCain was an absolute disaster, who might if he got elected prove even worse than Obama. (All the same PC garbage, plus an even Deeper State and extra pointless wars, maybe with Belgium.) Nor even for spotting back in 2013 the dangerous trend toward anti-Americanism and intolerance among illiberal Catholic “Integralists.”

Now the Marxists at the Vatican and the neocons at the Ethics and Public Policy Center agree with all the TV networks and social media platforms that there’s no moral problem with the COVID vaccines, despite their use of cells stolen from aborted unborn babies. With all our elites tut-tutting, hand-waving, throwing our liberties and principles overboard like empty White Claws, it’s almost too easy. Just check what the folks who are wrong about everything say. Then conclude the contrary.

Is This the Hill I’ll Die On?

But of course, it isn’t that simple. As an overweight American, I’m in one of the risk groups, the tiny minority that actually might die if they caught COVID. The prospect of gasping my last on a ventilator concentrates the mind better than hanging. I have to consider the odds that this is a hill I might really die on.

One of my earliest political memories is of when my mother told me about Roe v. Wade. I had just turned seven years old. It went like this:

“You know how a baby lives in his mother’s stomach before he’s born?”

“Well now they say a doctor can go in and kill it, if she wants.”

I’ve never forgotten that news, or stopped feeling somehow tainted by it, as if a cancer’s tendrils reached up to me from the steps of the highest court in the land. Will I now give consent to it, inject it into my veins, with full knowledge commune with what a prophetic archbishop calls a “a human sacrifice of infants offered to Satan”?

I’d rather go join Don Rickles, and snicker with him in that great Penalty Box in the sky.