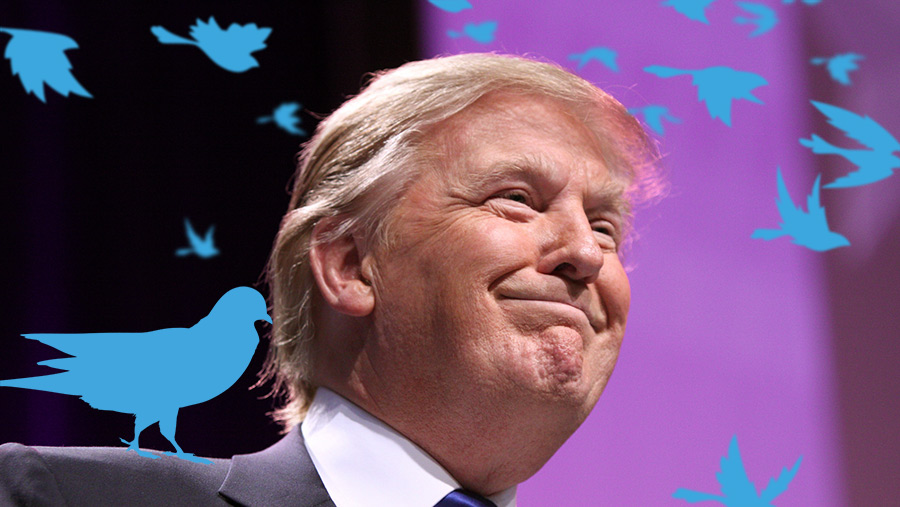 Should GOP voters “move on” past Donald Trump in 2024? Back a horse that doesn’t carry as much baggage?

That’s the argument Dr. Michael Brown makes in his latest Stream article titled “Trump Has Too Much Baggage.” (And he’s hardly alone.) Dr. Brown argues that someone — for example, Gov. Ron DeSantis  — could bring the Trump policies without the Trump drama. In his words, “Why add this into an election that could easily be a landslide in 2024? Why alienate other, potential voters?”

No doubt Dr. Brown makes a lot of sense. It sounds really good.

However, the argument has one fatal flaw.

‘I Have a Unique Set of Skills’

Yes, Gov. DeSantis will make an awesome president some day … assuming he’d want to trade Florida sunshine for the Swamp. And if Joe Biden had been governing as an old-school Democrat or the moderate he had pretended to be, sure. Thank Donald Trump profusely and wish him well on the golf links. I’d personally petition NBC to reboot Celebrity Apprentice.

But … that’s not the situation America is facing. Everything Biden and the progressives have touched has crumbled or imploded. From borders to baby formula, gasoline to tampons, airline cancellations to cancel culture, violent crime to the persecution of parents. Afghanistan withdrawal. Our enemies are stronger, our allies are weaker and our military has turn as woke as the faculty of Berkeley.

Never in our history has so much gone so wrong on so many different fronts. Meaning, whoever steps into the White House on January 2025 is going to face absolute disaster and danger in every single direction.

A normal candidate … even one talented and tough … isn’t going to cut it.

The actual job is going to take an incredible amount of energy, expertise, stubbornness, salesmanship, imagination, intimidation, schmoozing, sleight-of-hand, fearlessness, optimism, vast and diverse experience and savvy to wrestle the country back from catastrophe, foreign and domestic.

Sure, DeSantis has a lot to offer, but even his broom doesn’t have enough bristles to clean up this mess. Is he someone the Chinese and Iranians and Putin and Kim Jong Un would immediately fear? Does he have a team of battle-tested people who already know the ropes in DC? (See the America First organization.) Does he have the real-world experience of having dealt with supply chains, business upheavals? Himself faced massive bankruptcy only to master The Art of the Comeback? Has he owned an airline? Does he have the professional expertise to put a trillion bucks in infrastructure to best, most cost-efficient use?

Has he been through the fire? Has he already taken on the Obama machine, Clinton machine, DNC, RNC, FBI, CIA, DOJ, CNN, NATO, the border, and won?

Donald Trump has, not just in his four years as president, but in the nearly five decades before that, developed a “unique set of skills.” America’s been “Taken,” kidnapped, sold to the highest bidder, shot up with drugs and facing destruction. We don’t need a Mr. Smith. We need a Liam Neeson.

Trump Will Have to Convince America He’ll Be Less Pugnacious

That said, Trump’s main responsibility in the 2024 election won’t be convincing anyone he can do the job. He’s proven that beyond any reasonable doubt. The list of accomplishments, despite the gale forces pushing against him, is staggering.

The one thing he will have to do is say: “Yeah, I was robbed but this is about fixing the mess Biden’s leaving us in. This time out I’ll let others do the fighting, I’m going to concentrate on the job at hand.” He’s already said that next time out he won’t tussle with the media over every little story.

I mean, if his campaign promise is “No More Mean Tweets” he’s halfway home.

Yeah. Trump’s his own worst enemy, but look at it another way. The same stuff that makes even allies pull out their hair also makes him effective. And we will desperately need effective. Here’s an example.

Biden claims he didn’t know about the baby formula issue until April. The White House knew about it in February. His staff didn’t want to bother him with it. Trump’s staff would know better.

Be honest. If Trump was told in April — let alone February — there’s was an issue with baby formula, do you think there’d be a baby formula crisis in June? No. Of course not. He would have immediately started banging some heads, asking a million questions, dragging the manufacturers into the White House, harping on it on social media. He would have already arranged shipments from Mexico, not wait until the middle of June, as Biden just did.

“Well, that’s the dumbest thing I ever heard.”

He’d have the head of the FDA on the phone.

“Do you want American babies to starve because of your red tape?”

“I want a list of changes to the import regulations on my desk by lunch. And cargo planes on stand-by.”

“Oh, and that factory that was shut down? I want it as clean as a whistle by Friday and rolling again by Monday. Oh, and having so much of what the government contracts for baby formula centered in so few facilities is stupid. What idiot had that idea?”

Dr. Brown worries that running Trump again would make 2024 all about 2020, given Trump’s insistence that the election was not only rigged, but if you didn’t get to the bottom of it, the nation can’t go forward. We have to look forward. Again, a nice idea, but I don’t think it would work.

Statistically, a majority of the country feels Biden’s election was sketchy at best and very likely a steal. And that’s with a mainstream media fighting 24/7 for 18 months to pretend allegations the election was stolen is “The Big Lie.” If 2000 Mules alone was screened on the networks like the ridiculous J6 hearings that number would jump to 80% overnight. I believe America’s innate sense of fairness … of wrongs being made right … is a very important part of our psyche and history. (We’re the nation that invented instant replay, after all.)

But the issue goes even deeper than that.

Trump wasn’t robbed. 75 million people were robbed. And a great percentage of them are wounded, not only at being robbed, but that nobody listened to them, nobody wanted to hear their concerns. The courts? “Sorry, Deplorable. You don’t have standing.” Biden? He labeled them domestic terrorists and sat silent as Big Tech quashed even their ability to express their views. People have been held in solitary confinement for 18 months for expressing their frustration and concern. Even the Republican establishment treats Trump voters like gum on the bottom of their shoe.

Perhaps they could be mollified if a Republican Congress was able to do a real investigation into 2020, and was able to pass a proclamation affirming for history’s sake that the 2020 election results were completely tainted, never should have been certified, and that Biden’s victory came solely thanks to the usurping of election law and the nearly half-a-billion dollars Zuckerberg spent to seed swing state election offices with partisan activists hell bent on stopping Trump. Perhaps.

But even if that happens, we’re still stuck with the problems a new president will face in 2025.

The best thing for the country would be a Trump nomination and an overwhelming Trump victory. A landslide shuts everybody up about 2016 and 2020. And can also have people looking forward, if he’s got a VP who is young and a fighter. (Say, a Tulsi Gabbard or Nikki Haley.)

What about Ron DeSantis? Make him Attorney General with the task of reforming the DOJ and prosecuting to the full extent of the law the people who used DOJ and FBI as political weapons. Even if it means taking the FBI apart and starting fresh with U.S. marshals from the states.

Make amends. Trump does have to make amends with people like Mike Pence, and make common cause with those passionate about solving problems and draining the Swamp, regardless of party affiliation. Show more of the softer, gracious side that those who know him insist is a major part of his behind-the-scenes personality. Be the builder, not the reality star. The grandpa, not the grump.

And once again, retain and embrace the counsel and prayers of faith-leaders. And embrace God. At the end of the day, only God can rescue America.

The journey to recovery in 2025 and getting beyond 2020 starts on our knees. If Trump gets that, the rest will follow.