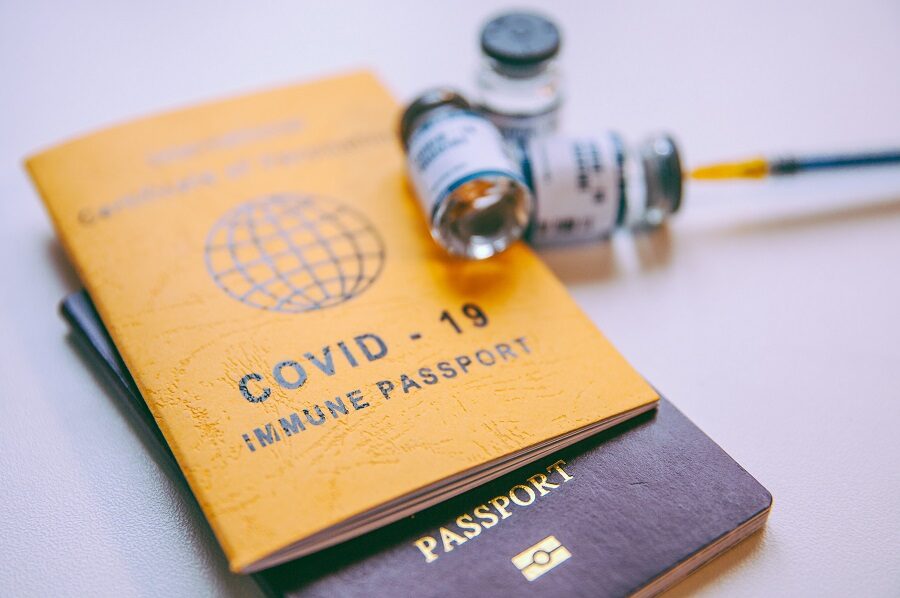 Want to know what life would be like with vaccine passports? Let me give you a hint. I grew up in China. Here’s an actual document I took with me when I left there (with info covered): 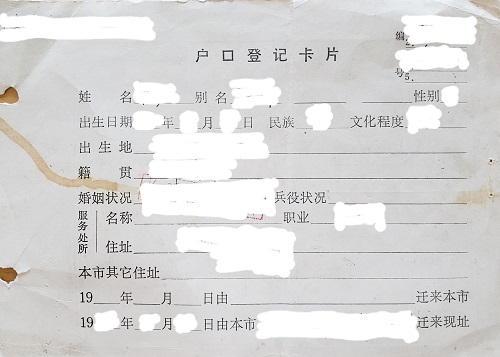 It’s called a “Hu Kou,” registration of residence, serving as an internal passport. It tells where you must work and stay, and how many people are in your household. It was implemented by the government in 1958.

Later in the 1990s, during the Chinese Economic Reform, Hu Kou was replaced by the Identification Card which allows internal migration. Before I came here, every adult in China had a Hu Kou. In reality, it functioned as a string in a puppeteer’s hand. It gave the government absolute control over every area of the citizen’s life.

It was worst during the Cultural Revolution, from 1966 to 1976. If one had no Hu Kou, one would live as a ghost. They couldn’t buy food, which was rationed by the state.

It was not unusual during that period for a husband and wife to be given jobs located in different provinces. They would have different residential addresses on their Hu Kou and could only see each other once or twice a year. Only rarely would the government grant a petition for a spouse to transfer to a work unit near where the other spouse worked. The web of bureaucracy and required obedience both contributed to the abnormal conjugal life.

Americans and others in free countries could never imagine such a thing, let alone understand it. Why would the state not allow a married couple to live together? The answer is, when you live in a totalitarian society, you never ask that question. You accept, you cope, but you never ask the question.

Living Without a Hu Kou

I grew up with friends who only saw their father or mother once or twice a year. Sometimes, one of the spouses (often the wife) voluntarily gave up their job, citing a health issue as an excuse so that the couple could live together. That came with a cost beyond the lost income. Those who gave up their jobs gave up their Hu Kou. They were called “persons without a Hu Kou,” a pathetic and derogatory expression. They forsook the meager benefits government tossed at them and put their families on a lower social stratum.

One morning during the Cultural Revolution, while it was still dark, I was wakened by noises coming from my neighbor’s apartment. My father later told me that our neighbor had done something indiscreet before going on a business trip. He gave his apartment key to a young man, who spent a few nights there with his girlfriend. Apparently someone in our apartment complex reported the presence of strangers — literally meaning persons without a proper Hu Kou — to the authorities.

This couple had broken more than one rule. During the Cultural Revolution, every book that described romantic feelings was canceled, deemed as a poisonous influence of the bourgeoisie class. Normal emotions between a young man and a young woman were prohibited. No one could marry without a superior’s consent. Even permission to date was given at the mercy of the superior.

This couple had committed an unforgivable affront to the authorities. Their audacity truly astonishing! They should have known there would be zealous people nearby, neighbors on the lookout for “crimes” to report to the state.

A Different Set of Logic

Why, though, did the neighbor report this couple? What benefit did they gain from it? These questions came to me as I was recalling this incident. I realized then that I was entering into the most unpleasant corners of my mind, memories I had tried desperately not to revisit. I am convinced that those who lived without freedom, whose lives were controlled by the Hu Kou, used a totally different set of logic and reasoning from those in a free society.

I have observed it many times: When freedom is stripped away, people behave in a way that they would not under a free environment. Mao killed millions of people, yet not one by his own hand. He murdered by command. Those who carried out his orders were normal people — normal, yet corrupted by the totalitarian state in which they lived.

For me, the relationship between a totalitarian government and its citizens resembles that between a kidnapper and the kidnapped. Instead of trying to find a way out, the captured will often fall back on finding ways to please the kidnapper. It’s not a rational decision; it’s more instinctive, for the sake of survival. I think that’s why someone in my apartment complex turned in this couple.

Americans cannot understand life like that. I had the opposite experience, though, when I first immigrated to the U.S. I was amazed by the amount of freedom Americans enjoyed. I could say I was dumbstruck by how Americans think and behave, but that would be an understatement. I’d been a bird confined in a cage; Americans were unrestrained like eagles soaring over open and unlimited spaces. It was incredible to see.

I also noticed that Americans tended to leave others alone, respecting personal space and privacy. I now understand that only a free person is capable of respecting another’s freedom and dignity.

Changing the Cultural Landscape of America

Things have changed, though, since I first arrived 30 years ago. The U.S. is not the same place as then. Now our own CDC is considering vaccine passports. State governments are giving it serious consideration.

This would drastically change the cultural landscape of America. Like a Hu Kou, a vaccine passport would act as a string in a puppeteer’s hand. If my experience in China is any guide, we would acquiesce to it, despite its being such a violation of our constitutional rights. And then we would be well on the way toward becoming puppets controlled by the puppeteer state, which could do whatsoever it wishes.

Worse yet, tyrannical regimes turn normal people into tattle tale monsters. Sensing they’ve been “captured,” some people will undoubtedly try to accommodate the new environment by finding ways to gratify the predator.

Revisiting those memories from the Cultural Revolution was painful. To relive that life would be infinitely more abhorrent.

Don’t be a Puppet

Vaccine passports will alter our national conscience of the United States. Like mushrooms appearing after the rain, many will volunteer to knock on our doors. Instead of freedom and human dignity, obedience, tattling to the state, and violations of human rights will define this once-great nation.

I hope I’m wrong. But I’ve lived in both free and authoritarian societies. I don’t think my fears are unfounded.

Don’t become a puppet. Cut the strings! Resist the new American Hu Kou. Say no to the vaccine passport.