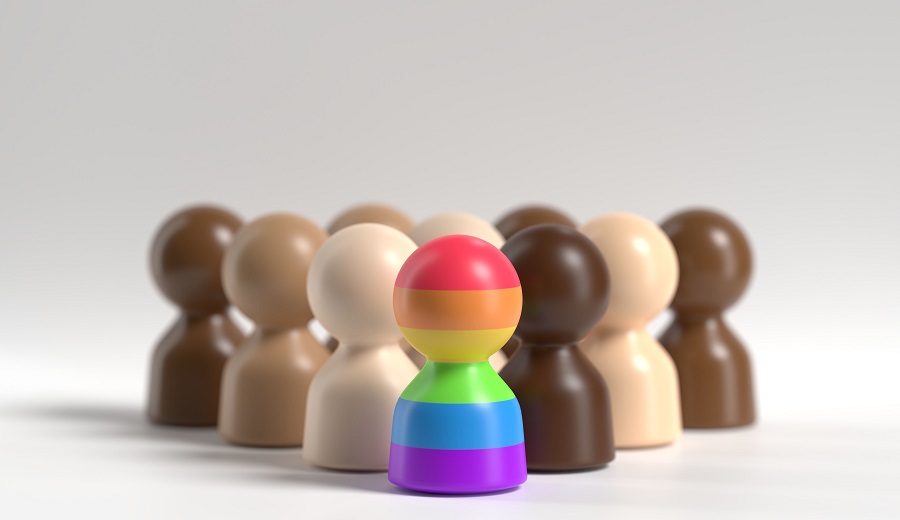 Much is being written about the dangers of HR 5, the mislabeled Equality Act, which creates a new body of federally protected rights based on sexual orientation and gender identity. In the process, HR 5 scraps the long-standing basis of civil liberties in a way that hurts minorities, women, and religious freedom.

Americans have heard about concerns of boys taking over girls’ sports and showering in girls’ locker rooms. But these issues, while serious, just scratch the surface of what is dangerous about HR 5. The deepest harm is the way it redefines personhood based on subjective sexual perceptions rather than objective, inherent rights.

I’m sure that HR 5’s sponsors mean well. They see that people who identify as LGBTQ are often picked on. Why not protect them under civil rights law as we do race, sex, and religion?

Here’s the problem: sexual orientation and gender identity are not objectively verifiable in the way that way that race, sex, and religion are. You wouldn’t know that a coworker is LGBTQ unless they told you that they perceive themselves in that way, or unless they act out certain stereotypes. HR 5 would enshrine self-perceptions and stereotypes into law.

The question is not whether LGBTQ people have a strong sense of their sexual self-perception that differs from the experience of most people. It is whether sexual orientation and gender identity ought to be codified into law as the basis of what qualifies a person for civil rights protection.

HR 5 is based on a particular view of sexuality that began in the Enlightenment, fed by a Darwinian belief that humans are just complex animals for whom any constraint on sexual impulses is unnatural. Sigmund Freud built upon these philosophies, introducing the idea that sexual feelings and acts define who we are as persons. In 1905 Freud published Three Essays on the Theory of Sexuality expressing that suppressing our sexuality is what hurts us most.

This Darwinian/Freudian philosophy, married to the postmodern idea that objective truth cannot be known, leaves people with the impression that our sexual self-perception is who we really are, and that this ought to be affirmed by others through force of law.

Gone is the idea that all humans have inherent rights based on the dignity they share as image-bearers of God. Now, who we are psychologically, emotionally, and sexually is what defines who we are. We are what we feel. Self-perception is god, and all must bow to it.

What Was Different With the Civil Rights Act

The Civil Rights Act of 1964 managed to avoid this Darwinian/Freudian/postmodern way of thinking by basing civil liberties on objectively identifiable historical wrongs experienced by people because of race, sex, and religion. A black Christian woman who has been routinely denied promotion or accommodation for religious practice would have her claim of discrimination taken seriously by the courts not because she acts stereotypically or feels like a black Christian woman, but because race, sex, and religion are historically, objectively tied to discrimination.

Recent court decisions have moved America closer to the place where inherent rights are based on personal autonomy that is rooted in sexual self-perception. The landmark U.S. Supreme Court decision Obergefell vs. Hodges, which found that laws against same-sex marriage are unconstitutional, reasserted the right to personal autonomy and demanded removal of restrictions that prevent people from legally pursuing it. In this one decision, the court overthrew a millennia-old definition of marriage and established a precedent for overturning future laws seen as inhibiting sexual freedom.

The sexual revolution changed the rules. Philosopher Dale Kuehne observes that one of society’s biggest taboos is, “One may not criticize someone else’s life choices or behavior.” Disagreeing with another person’s sexual self-perception simply isn’t tolerated. Those who fail to affirm sexual self-perception will be shunned. The rules are now so confusing that at one university, what constitutes sexual violence includes “withholding sex and affection.”

How you perceive yourself is your business. But when government attempts to codify it into law based on sexual orientation and gender identity, as HR 5 does, the stage is set for a conflict in which sexual self-perception trumps other rights, targeting those who disagree with punishment and litigation.

HR 5 wraps itself in a cloak of fairness and equality. It is anything but. Rather, HR 5 redefines sex in a way that undermines the protection of inherent rights and blunts the progress made toward civil rights based on objective, historical criteria of race, sex, and religion.

It is for these reasons that I vigorously oppose HR 5 and encourage you to do so as well.

Dr. Jeff Myers is President of Summit Ministries and host of The Dr. Jeff Show.