How Trump Won While Losing

Questions for both Democrats and Republicans they'd better answer 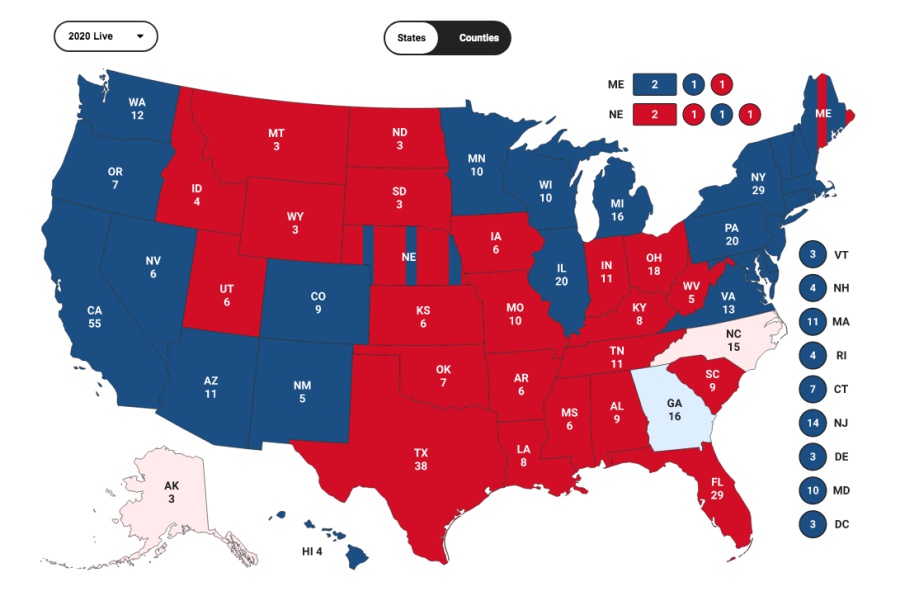 By Joseph Grabowski Published on November 7, 2020 •

Well, that’s over. I mean, except in all the ways it’s not. There will be recounts, recriminations, litigation. I don’t think any of this will get anywhere. I think Joe Biden will be sworn in in January as the next President of the United States.

In the meantime, we will see elections in Georgia that will surpass any kind of runoff we’ve ever seen before, in terms of spending and invective. But sufficient for a day is its own evil. We’ll leave that conversation for the future.

So, where are we on this November 7th? What have we learned? What might we learn? Can it teach us anything about America? About each other? And will the parties ask the right questions and get the right answers?

I feel pretty confident in saying that there was a clear, and even overwhelming, winner of the popular vote, even if the electoral vote was pretty close. That winner is Donald Trump.

Hear me out. I’m not claiming fraud or disputing reported numbers. I’m talking about motivations. There seem to have been — and I think exit poll analysis and other research in coming months will bear this out — four major voter motivations in this election. These were, in descending order of popularity:

The top two categories represent the lion’s share of the vote cast. It was an election pitting Trump, not against Biden, but against Not Trump. The final result was that category three added enough voters to category two to overcome the very large numbers of those in category one.

I don’t say this to undermine Biden. It must be understood if we are to going to honestly assess the state of our nation in the soul-searching that will be going on into the next few years.

Republicans need to really dig deep and grapple with the huge size of that second category. Why was it so big? Could the campaign have reduced the size? Did the factors that made the first category so big make the second so big as well?

Democrats need to do likewise. They also need to think about the huge differential between that category and the relatively small portion of voters who were actually excited about their candidate (and the previous one).

Democrats would also do well to think about whether they really want to go along with the left-most elements in their party and continue to call those in the first category racists, fascists, and deplorables. Do they really want to write off these people as angry, resentful, hateful people, and not see them as fellow citizens with serious concerns Because there are 70 million of them, and they aren’t going away — which Democrats might find to their dismay in the midterms.

All these questions ought to be asked, and others as well. It would be helpful and healthy for the future of our society and our civic discourse. I’m not very confident, however, that this reflection will take place.

My message to Trump voters is that not everyone who really hated your choice is some kind of socialist revolutionary who hates freedom. Many had real concerns, the same kinds of concerns that Trump voters had, like jobs and health care. A lot of them were genuinely opposed to Trump’s words and behavior.

To the Biden voters, I’d say that few people who voted against your choice are racists or fascists. Many had real concerns, the same kinds of concerns Biden voters had. They saw your candidate as a threat to things they deeply valued, like religious liberty, with good reason. I’d also say that a lot of people who voted for Biden were absolutely unenthusiastic about him, and he owes his victory to his opponent and not to his own winsomeness.

There are many, many people with good and honest motivations all through the middle of that stark, false dichotomy. There are votes to be gained for each party in understanding those voters. They’re out there, for anyone interested in going after them. They just need to listen.

Joseph Grabowski is an independent scholar from Philadelphia and a past contributor to The Stream.