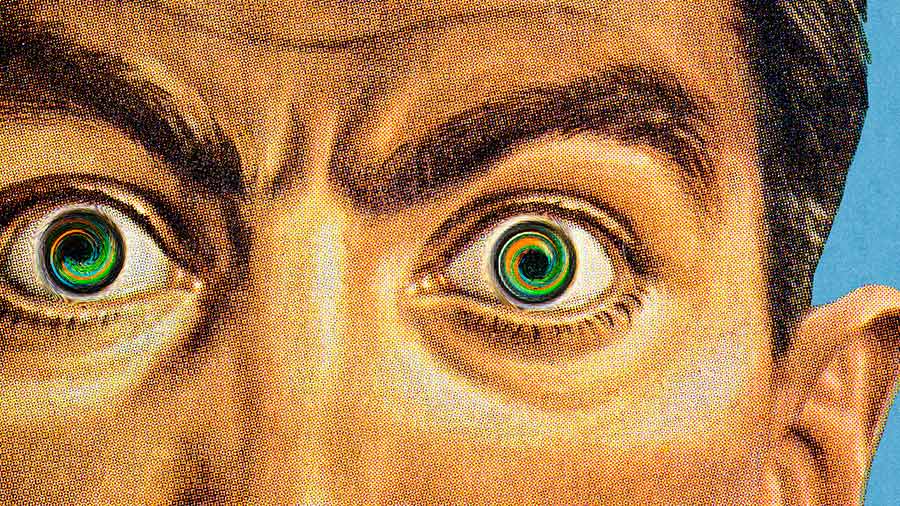 The story of 2020 election fraud is way too big for me to keep hold of. It’s a multi-front war that spans much of our continent. I’m just a behind-the-lines war correspondent trying to catch the story. The Stream will soon publish (and keep on updating) a primer on the best evidence and most reliable sources concerning this story. It’s for those of us in the Deplorable Media to do the job the Presentable Media won’t.

In fact, journalists aren’t just refusing to cover the exploding evidence of Democrat vote fraud. They’re actively working to suppress it. Likewise, major GOP figures and NeverTrump activists are trying to scare us into dropping this whole effort, and pretending that we all live in a 1950s civics textbook for children.

They want us to believe that we just happened to have a Red Wave on hundreds of down-ballot races across the country, but not for the president who ran at the top of the ticket. If you believe that, I have a slightly used copy of the Steele Dossier you might be interested in.

So instead of trying to capture the whole big, messy reality of witnesses coming forward with their own evidence of vote fraud, let me offer some helpful observations on various fronts which I’ve been following.

Lin Wood has been heroic on many issues. He helped Nick Sandmann win a massive settlement from media outlets that falsely labeled him as a racist, for smiling while white. He’s helping Kyle Rittenhouse and his family, as that young man fights fraudulent murder charges for defending himself against a gang of rioters.

Now Wood is teamed up with Sidney Powell to expose the seemingly bottomless corruption of Dominion software, and the Georgia political establishment — including its top Republicans. I share his suspicions about both the Georgia governor and its secretary of state. It seems they made a corrupt bargain with Stacey Abrams to benefit their own political careers, throwing other Republicans, including President Trump, under the bus.

All that seems true. It’s also true that we must stop the Democrats from taking control of the U.S. Senate (in Malcolm X’s words) by any means necessary. Fine. By any legal means necessary. The Democrats have promised to pack the U.S. Supreme Court and gut the key amendments in the U.S. Bill of Rights. To add frivolous new states to the Union. To eliminate the Electoral College. In effect, to destroy the Constitution itself.

As inspiring as he is on many subjects, Wood isn’t infallible. It’s reckless in the extreme for Wood to suggest that Georgia Republicans should stay home and not vote against this hostile takeover, just in order to punish the Georgia GOP elite. For one thing, it would punish our whole country. For another, there’s no reason to think that the top hacks of the Georgia GOP even care that much about the Senate, or America.

If they are indeed as corrupt as Wood insists, all they care about is keeping their ill-gotten gains and staying out of prison. So don’t hold every gunowner and churchgoer in America at gunpoint to pay back a couple of crooks, okay, Mr. Wood? I’ve sent money to your fundraiser for Kyle Rittenhouse. Please don’t help the left put all the rest of us behind bars too.

Yes, we must force the state of Georgia to fix its election procedures before any run-off happens, or else the Democrats will just steal those races too. We can demand that without making crazy threats that amount to suicide notes.

The Democrats Showed Us the Way

In what must have seemed to him a clever train of thought at the time, Ross Douthat responded to my piece on Christians embracing loserhood as if it were a virtue. Let me share it with you, and my answer:

I would mildly suggest that this @JZmirak piece is missing an acknowledgment that a key temptation losers face is the temptation to tell themselves, “actually, we didn’t really lose.”https://t.co/fYTHSvGV2v

The Democrats for four years refused to accept their 2016 loss, and their sabotage and obstruction WORKED (on your theory, since you claim Biden won). Clearly that’s a WINNING tactic we need to emulate.

Remember how the Left lost all credibility by denying Trump’s legitimacy from 2016 on? No, I don’t either, because that tactic WORKED. So now we’re stealing it from them. Except we have legitimate grounds.

For far too long, the right has acted like a boxer in the ring, who sees his opponent pull out of his trunks a machete and a can of pepper gas, but doggedly keeps on fighting according to the Marquess of Queensbury Rules. We cannot engage in intrinsic moral evils, so much of the left’s playbook is forbidden to us. But we’re under no obligation to pretend that our enemies fight fair, or forget the fact that a few months ago they were unleashing rioters on us.

Don’t Be a Male Karen

The other day, one of the heroic attorneys fighting to Stop the Steal, Joe DiGenova, used some colorful language concerning the cybersecurity chief whom Donald Trump fired. DiGenova said of Chris Krebs: “That guy is a Class A moron. He should be drawn and quartered, taken out at dawn and shot.”

This was not a death threat. It was not a call for mob violence. It was no different in form than Jesus’ injunction that to avoid sin we should pluck out our eyes or cut off our hands. It’s called hyperbole, and everybody recognizes it as such. To insist otherwise is to reveal what you really think of Trump supporters:

But as usual, Ann Coulter said it better than I can:

Oh knock off the crap about the “DEATH THREATS,” you little girl in a pink party dress. “Shot at dawn” and “drawn and quartered” are known as “expressions.” https://t.co/pgM5zTwgTx

Keep fighting, keep praying. This one’s for all the marbles, folks.