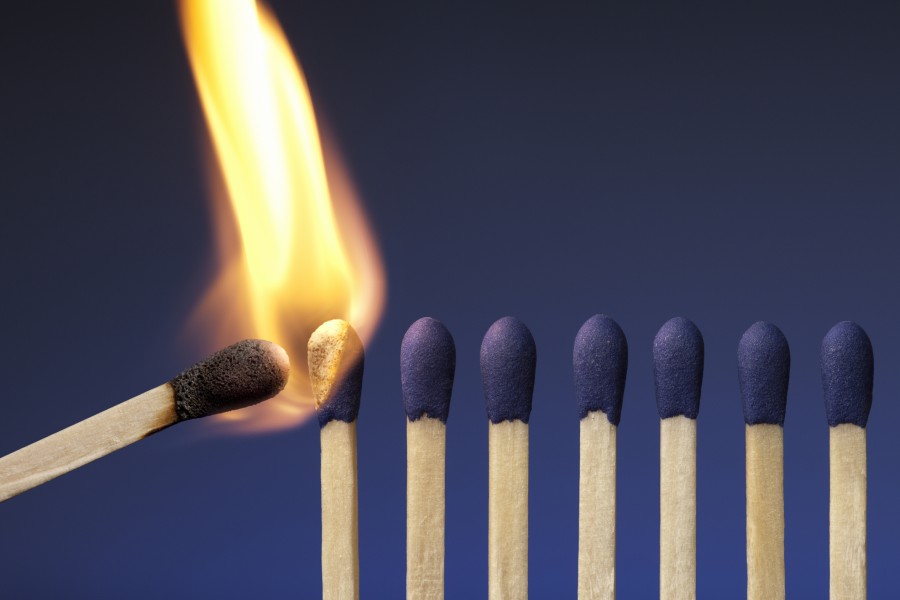 Why? Two of the main reasons people use it are boredom and loneliness. Those rose during the lockdown. But they never go away. Neither does old-fashioned lust. Some people become addicted to pornography, but many more will always struggle with the temptation. And almost everyone struggles with the temptation to lust.

What do we do? During the quarantine, I discovered advice for countering lust in an unexpected place.

When the Trouble Starts

It was the novel The Good Earth, by Nobel Prize-winning author Pearl S. Buck. The novel, published in 1931, is the tale of Chinese peasants in pre-Revolution China. The protagonist, Wang Lung, is a humble, pious, and morally upright farmer. He’s also dirt poor, and married to a slave woman named O-lan. With their impressive work-ethic, the two slowly acquire more land and more wealth, and in time become one of the wealthiest families in their community.

For more on this subject from Casey, see his When Lust Leads to Murder

That’s when the trouble starts. Rich enough to pay other men to farm his fields, Wang Lung becomes careless with his extra income, and wonders how he might “enjoy the days of his manhood.” He surrenders to his curiosity and visits a prostitute.

One taste of the seductive harlot named Lotus is not enough, and in a short time he’s addicted. Wang Lung’s sexual addiction becomes a significant problem in his life, turning him inward, and leading him to neglect his duties as a husband, father, and employer.

Eventually Wang Lung procures Lotus so he can have her all to himself. This, unsurprisingly, doesn’t go over well. Lotus hates his many children, calling them a “plague.” One of Wang Lung’s children is mentally-handicapped. Lotus ridicules her and the others: “I was not told that I should have accursed idiots to endure and if I had known it I would not have come — filthy children of yours!”

This reminds Wang Lung of what is most important to him. “Then the good anger awoke in Wang Lung, for he loved his children.”

This is the novel’s first lesson. When tempted, we should remind ourselves of what we most love: our spouses or fiances; our children; boyfriends or girlfriends; our friends; our fellow Christians and our neighbors. Lust damages these relationships. How can it be worth the cost? The inwardness and selfishness resulting from our addiction will take us away from these loves, and lead us to neglect them. Working hard to love them more leads us away from lust.

Physical Labor and the Costs

Not long after, Wang Lung remembers his land and “woke as from a sleep.” Long absent from hard labor, he runs into his fields and begins working. “Wang Lung was healed of his sickness of love by the good dark earth of his fields.” Weary after a long day of hard labor, he “lay down upon his land and he slept and the health of the earth spread into his flesh and he was healed of his sickness [of lust].”

This is the novel’s second lesson. For Wang Lung, the cure was exerting himself in his fields. But any strenuous physical activity will do. A long jog, a work-out in the gym, hitting a heavy bag, or any kind of long, tiring, exercise is an excellent way to take one’s mind off lust. Moreover, as in the case of Wang Lung, exhausting physical labor will make one so tired that sexual desire diminishes.

One day Wang Lung notices one of his daughters weeping. She discloses that her mother had bound her feet, a Chinese practice done because tiny feet were deemed more attractive. Her mother had warned that if she didn’t do this her future husband “would not love me even as you do not love her.” Wang Lung was “stabbed at hearing this, that O-lan had told the child he did not love her, who was the child’s mother.”

This conversation convinces Wang Lung of his failures to his wife O-lan, including his infidelity. He thinks of all the sacrifices his wife had made, for him and for his children. “For the first time Wang Lung saw into her heart.”

Unfortunately for Wang Lung, it is too late to repair the hurt he caused — O-lan is dying.

That is the novel’s third lesson. O-lan’s death presents the tragic, ultimate warning against indulging in lust. Because of sin and death, all relationships have expiration dates. We hurt others and miss out on the good things in life, in ways that we may not realize until it is far too late. In giving in to lust, we impoverish not only ourselves, but those we fail to love.

Casey Chalk is a contributor to Crisis, The American Conservative, and New Oxford Review. He has degrees in history and teaching from the University of Virginia and a master’s in theology from Christendom College.