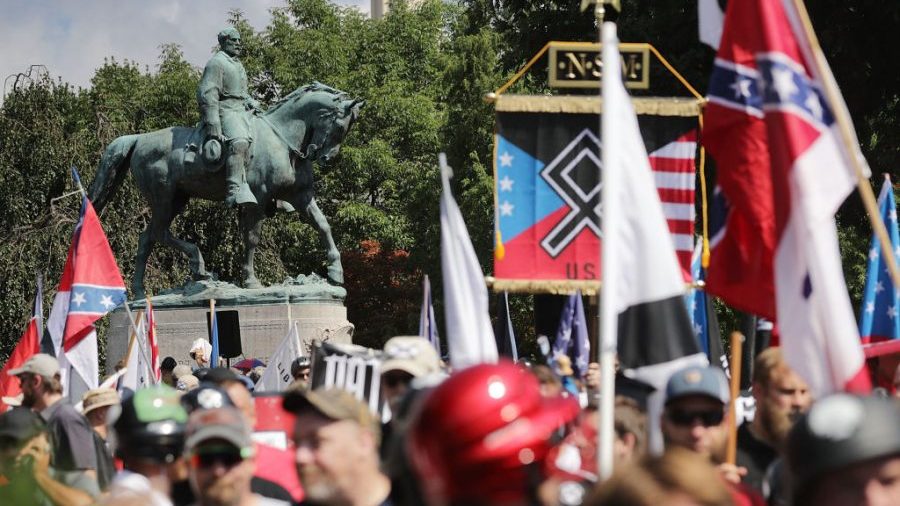 We live in a time of gross double standards between right and left. Democrats desperately race to feed the Utopian frenzy of that party’s radical, extreme left wing. Which of course no one in our captive media ever calls “radical.” Or “extreme.” Or even “left wing.”

For the media, there are no radicals on the left, no extremists, and there’s hardly even a “left.” We only hear of “progressives,” “anti-racists,” “environmentalists,” “activists,” and lately, unblushingly, “socialists.” When conservatives catch a Democrat playing in hard-left mud puddles? The party won’t denounce him or her. Instead, no matter the outrage, they mostly rally round. Even the nasty, anti-Jewish slurs of Rep. Ilhan Omar couldn’t yield a straight resolution in Congress denouncing anti-Semitism. Instead, that unique hatred got dumped in amongst half a dozen other “phobias,” including “Islamophobia.”

What Would a Leftist Have to Do to Get Fired?

Just to press this point: Can you imagine a political proposal or stance that a Democrat could take that CNN or The New York Times would call “far-left,” or “extreme”? What would that have to be? Not abolishing ICE, outlawing private health insurance, or seizing all private firearms. Nor permitting infanticide, or imposing transgender ideology on parents. Not filling children’s libraries with sex offenders in drag. Nor persecuting Christian business-owners for refusing to make Satanic sex toy cakes. Not hanging around with backers of Hamas and Hizbollah.

Can you imagine a political proposal or stance that a Democrat could take which CNN or The New York Times would call “far-left,” or “extreme”? What would that have to be?

So I invite the reader to brainstorm here with me. What would it take for our media to regard someone on the left as being “extreme”? What would a leftist have to do to create a public firestorm, and demands that his employers fire him? Try to think of something, go ahead. I’ll wait. …

Not getting anywhere, are you?

How Would the Times Spin a Stalinist?

Maybe, just maybe, if Beto O’Rourke came out and defended Stalin’s artificial famine in the Ukraine, the one imposed to force peasants to give up their private farms. Though I’m not even sure of that. I imagine the Times would write an anodyne report with a headline like one of the following:

No, I’m not kidding here. Not even a bit.

No, We Don’t Want to Descend to the Left’s Level

Having said all this, I don’t want to make excuses for genuine extremists on the “right.” They are mercifully few and mostly powerless. And I hope they stay that way.

But it suits the left’s ongoing power-grab to pretend that white racists, Christian theocrats, and actual Nazis are everywhere. That they honeycomb GOP groups, conservative thinktanks, and faithful churches.

The pretense that real, right-wing extremists are climbing up people’s legs and hiding behind every gun rack gives the left enormous power. So does the abject terror of conservatives and moderates of the left’s ability to destroy people. We know that they have the whip-hand. They can indulge their most outrageous ideological fantasies, and get away with it. But if someone grouped on our side even says something ambiguous, which the left can rip out of context? We panic, rushing to add our instant denunciations. We desperately feed the crocodiles, in the hope of getting eaten last.

That of course, just makes crocodiles hungrier, and even more aggressive. Witness the outright libel committed against Labor Department functionary Leif Olson. As The Federalist reports:

But the post wasn’t at all anti-Semitic. Quite the opposite. It was clearly mocking anti-Semitism, specifically Paul Nehlen, an alt-right candidate—and actual anti-Semite—who challenged Paul Ryan in the GOP primary and lost by 70 points.

Penn quite deliberately clipped off the context, which made it blindingly obvious that Olson was being sarcastic. Then after unprincipled cowards in the Labor Department forced Olsen to resign, Penn strutted and boasted about it, like the biggest thug in a prison yard. (Yesterday, Olson was reinstated.)

We shouldn’t be surprised. Right wing pundits were among the first to denounce Nick Sandmann and his fellow pro-life marchers. (Remember? The crime was smirking while white.) Conservatives of the same stripe joined the lynch mob that formed around Rep. Steve King, who got smeared by the Times as a white nationalist with a crudely butchered quote.

Tim Carney writes eloquently and correctly that we conservatives should strive to make our movement uncomfortable for actual racists. Ross Douthat notes that it’s right and just to dismiss people who have actually, really, literally, shown evidence of wicked extremism.

To some degree, we must live with a double standard between the left and the right. And not just because of the power differential between our movements. No, we don’t want to indulge the fantasies of extremists because they are evil. We hold ourselves to a higher standard than the party that wants to kill babies for sexual convenience. And so we should.

While racism and sick sympathy for Hitler are obviously evil, they aren’t the only bad actors. On the left, Marxism and support for legal abortion are genuinely extremist, by any sane moral standard. We shouldn’t pretend that the widespread extent of such evil views renders them “mainstream.” It doesn’t.

On the right, self-styled “Integralists” who fantasize about a Catholic theocracy that persecutes “heretics” are also a serious problem. They don’t deserve the coy indulgence they get from many on the right. There’s nothing cute or funny about such fever dreams of intolerance, whether the pretext for persecution is racial or religious. Just as the U.S. government abandoned white supremacy as part of public policy in 1964 with the Civil Rights Act, the Catholic Church renounced persecution at Vatican II the very next year. We shouldn’t coddle ideologues who want to peel back either reform.

The craving to wield violence against others to assert your power over them is a fruit of our fallen nature. We shouldn’t crave an inquisitor’s hood any more than a klansman’s.