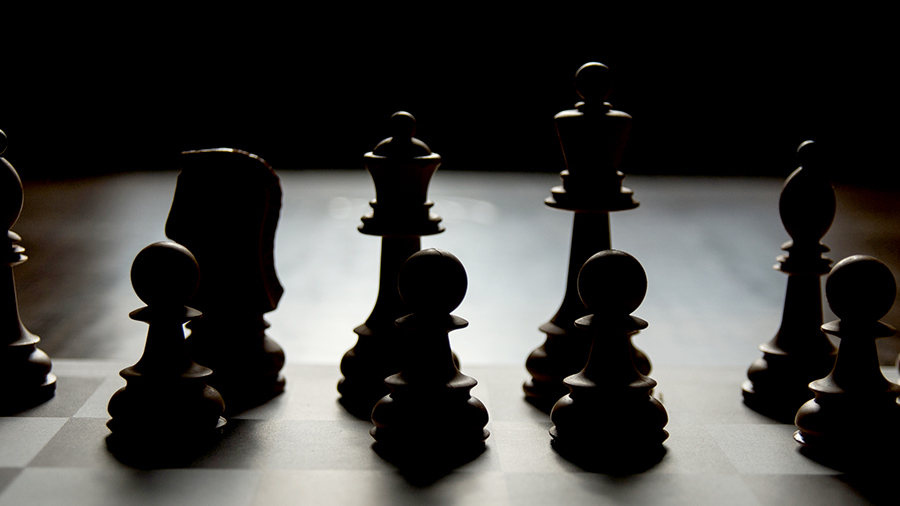 In my last column I wondered who was in the saddle in riot-torn blue cities. Was it Antifa and Black Lives Matter, or the Democratic Party? Does the Democratic National Committee have the power to call the looters in to start urban chaos and shake business leaders down for donations? To make President Trump look weak, for tolerating this disorder? Or better yet, tempt him to overreact with a blood-soaked crackdown?

Even more importantly, can the Democrats call off the wolves when things go too far? For instance, when terrified citizens in a blue state or city put too much pressure on local Democrats, maybe pushing them to send in National Guardsmen with fixed bayonets? That would backfire spectacularly on Democrats, enraging their most unhinged leftist street squads, as happened in Chicago at the 1968 Democratic National Convention.

Can the Democrats call off the wolves when things go too far?

The game of political chicken continues in embattled American cities. But only those run by Democrats. Not a single city in a red state, as far as I’ve seen, has witnessed extensive rioting. Here in Dallas (blue city, red state) rioters trashed my beloved Downtown for a single night. They smashed the front windows of my parish, which serves the homeless. Then they met the National Guard, which herded them onto buses, and shipped them back out of town.

Send in the Commandos

That fact is suggestive to me. It suggests that the hard left within the Democratic party is using the mobs to push “reforms” it hasn’t the political nerve to present the old-fashioned way — you know, via legislation and popular votes. But a city council can vote to defund the police in the face of a ravening horde (as in Minneapolis), a proposal that in normal times would get laughed at.

And of course, all those torn-down or headless statues sends a powerful message to citizens who don’t back the radicals’ policies. We have the power to strike you whenever you want. The cops won’t protect you, and the Second Amendment is a dead letter here. Cough up donations, and maybe we’ll spare you. If Trump wins, expect more of the same.

You Sure You Want to Cast that Vote?

Yes, these riots are a form of election tampering. What Russia never achieved in 2016, the Democrats are pulling off now, with hooded, violent white people intimidating voters just as the Klan did in past decades. Just how comfortable do you think black voters attracted to Donald Trump — as millions are — will feel trooping out to vote for him past burned out storefronts, at precincts run by those who cheered on the riots?

Now I’m mostly convinced that the rioters are under tight political discipline, imposed via networks of leftist organizations funded by wealthy donors, of whom George Soros is merely the most anti-Semitic. Why do I think that?

Someone Pulled a String

Because of Seattle. Remember that leftist separatist enclave that Antifa and BLM set up, seizing six city blocks? Its supporters never quite settled on a name, vacillating between “CHAZ” and “CHOP.” To save time, I called it “Wankistan.”

Thousands of innocent Americans got trapped in that enclave, where assaults and rapes could flourish, in the absence of police. Virtual warlords strutted around, imposing “street justice” on hapless reporters, suspected spies, and dissidents. Republicans railed at the Washington State governor, demanding he reimpose order. But that would have backfired, hideously.

And besides, it wasn’t necessary. Wankistan is now dissolving itself peacefully, and almost instantaneously. Almost as if it had served its purpose, and the puppeteers behind Antifa and Black Lives matter made a simple phone call, pulling its strings. As if the rioters were paramilitary forces, who follow orders.

Learning from the Brown Shirts

Antifa traces its heritage back to Communist street militias who battled the Nazis, and beat up hapless Social Democrats and Catholics in the streets of Weimar Germany. They lost those battles, and learned from the national socialists who beat them. They learned a powerful lesson: The overwhelming synergy of biased public authorities and ruthless political street thugs. In Weimar, the public authorities might have feared the Nazis’ zeal and tut-tutted at their tactics (cracking heads and murdering Jews). But they sympathized with them as hard-core enemies of Communism.

So when the police arrested both sides in a Red/Brown brawl, only the Communists went to prison. The brown shirts got slapped on the wrist — as Hitler himself was. His Beer Hall Putsch was an act of treason. He should have been put up against a wall and summarily shot. Instead, he got a short prison term in a cozy cell, with a private secretary and a typewriter. He came out with the manuscript of Mein Kampf, as a major political figure.

That’s how Democratic officials are treating the thugs of Antifa and BLM. Those who learn from history are tempted to repeat it.

Burn Down the System

Do you think maybe I’m overstating the radicalism of the forces we confront? Don’t listen to me then. Listen to them. The leader of Black Lives Matter in New York is Hank Newsome. Here’s what he was unafraid to say on national television, to Martha MacCallum of Fox News:

“You … have said that violence is sometimes necessary in these situations,” host Martha MacCallum told Newsome. “What exactly is it that you hope to achieve through violence?”

“Wow, it’s interesting that you would pose that question like that,” Newsome responded, “because this country is built upon violence. What was the American Revolution, what’s our diplomacy across the globe?

“We go in and we blow up countries and we replace their leaders with leaders who we like. So for any American to accuse us of being violent is extremely hypocritical.”

“Let’s observe the history of the 1960s, when black people were rioting,” he went on. “We had the highest growth in wealth, in property ownership. Think about the last few weeks since we started protesting. There have been eight cops fired across the country.”

“I don’t condone nor do I condemn rioting,” Newsome added. “But I’m just telling you what I observed.”

“I just want black liberation and black sovereignty, by any means necessary.”

Maybe Newsome is just an outlier, who rose to the top in the backwater that is the NYC metropolitan area.

No, he isn’t. Here’s some scoop about BLM national co-founder, Patrisse Cullors, courtesy of David Harris:

BLM co-founder, Patrisse Cullors, spent ten years being mentored by Weather Underground terrorist and Bill Ayers’ comrade Eric Mann. That is where she learned political organizing and the Marxist/Leninist regimen that has shaped her world view according to the Gateway Pundit.

Mann was not only a member of the terror group, Weather Underground, but Students for a Democratic Society as well in the 60s and 70s. They were noted for bombing police stations and government buildings.

The Democrats are willing to turn our cities over to people like this, even while Trump is president. Can you imagine how emboldened they’d be with Zombie Biden in the White House?

Here’s a hint: The Biden campaign still refuses to condemn the mob attacks on statues of Ulysses S. Grant.

NEW: @DailyCaller reached out to the Biden campaign and asked them if Biden agrees with Democrats who want to tear down statues of George Washington, Grant, Roosevelt, and depictions of Jesus. The campaign was given over 24 hours to respond. They did not: https://t.co/SgYS0BDnM0