How the US Would Empower the WHO to Rule Global Health 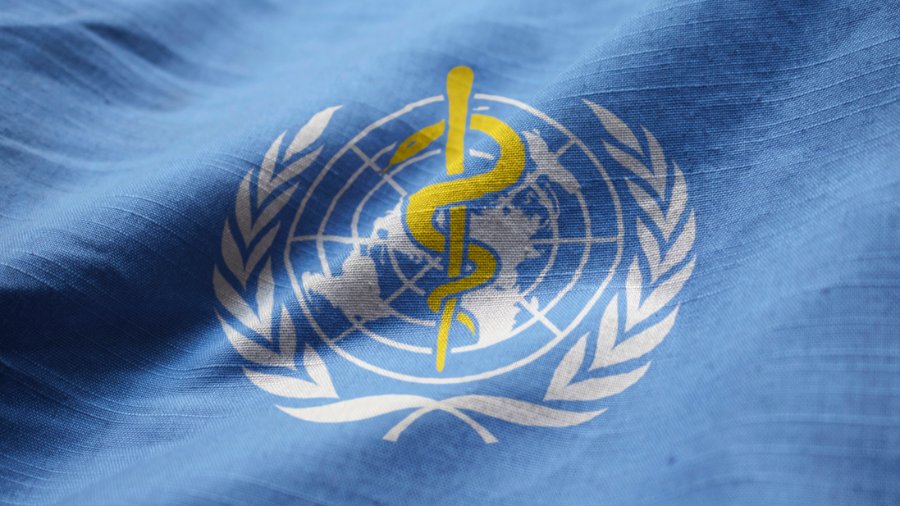 If you’re debating where to put your attention next week, all eyes should be on Geneva, Switzerland. An upcoming vote at the 75th World Health Assembly stands to make the World Health Organization (WHO) the ultimate global health authority and its Director-General the global public health czar.

Much to our shame, the United States of America via Joe Biden has proposed 13 amendments to the International Health Regulations (IHR) Agreement that, if passed, would apply to 194 participating nations and change international public health rules. The agreement, with its possible new conditions, is legally binding with provisions that undermine the sovereignty of the world’s nation-states while consolidating power in the hands of an unelected global organization — all in the name of public health.

This Biden-led endorsement of the WHO is an attempt to circumvent the Constitution, that annoying document that has been used to strike down his mandates.

Biden’s proposed amendments will give the WHO global authority to declare “health emergencies” and enforce its dictates. And since Biden could not get his “climate change” agenda passed through Congress, could empowering the WHO to include “climate change” as a “health emergency” be used to advance his agenda? The groundwork has already been laid. On October 30, 2021, the WHO declared, “Climate change is the single biggest health threat facing humanity, and health professionals worldwide are already responding to the health harms caused by this unfolding crisis.”

According to the Pan American Health Organization website, “The International Health Regulations (IHR) are an international legal instrument that covers measures for preventing the transnational spread of infectious diseases.” The regulations were adopted by the 58th World Health Assembly in 2005 through Resolution WHA58.3 under the watch of then U.S. President George W. Bush. They constitute the legal framework that “defines national core capacities, including at points of entry, for the management of acute public health events of potential or actual national and international concern.”

Within the proposed amendments are significant changes that would supersede current safeguards protecting national sovereignty. In fact, Article 59 shortens the period (from 18 months down to six) in which nations can “opt out” of the revised agreement. If the amendments are passed in Geneva during the international meeting May 22-28, the six-month clock runs out right after the U.S. midterm elections. How convenient.

Another amendment effectively anoints the director-general of the WHO as the world’s global health czar. Starting off with the word “new,” Section 6 of Article 12 reads, “Where an event has not been determined to meet the criteria for a public health emergency of international concern but the Director-General has determined it requires heightened international awareness and a potential international public health response, the Director-General, on the basis of information received, may determine at any time to issue an intermediate public health alert to States Parties and may consult the Emergency Committee in a manner consistent with the procedure set out in Article 49.”

“May consult” does not hold the same gravitas as “must consult.” According to the language of this amendment, the director-general is the only person necessary to declare a public health emergency. This single individual “may” –– or may not — consult the emergency committee. Who belongs to the emergency committee? The amendments state at least one expert nominated by the State Party within whose territory the event arises will be on the committee. The others will be selected by the Director-General from the “IHR Expert Roster.” Who’s on the roster? Is Bill Gates on the roster?? After all, he is the largest private donor to the WHO. Is an expert from Communist China always on this roster? The WHO is closely influenced by this repressive regime.

And get this: the WHO is making sure to check the “diversity, equity, and inclusion” box. In the middle of the next international health crisis, the Director-General will choose Emergency Committee members “with due regard to the principles of equitable age, gender, and geographical representation.” Can’t leave Wokeism out of IHR, 2022 style.

This terrifying consolidation of unilateral power into the hands of one unelected individual demands that every American must act against the passage of these amendments.

That’s not all. The amendments give authority to the director-general to enlist the help of cooperative nations in bringing sanctions and disciplinary measures against “uncooperative” ones.

According to Michele Bachmann, former member of Congress and current dean of the Robertson School of Government at Regent University, Americans have never seen an administration so quick to provide a platform for global governance to an organization whose current director-general has been “an apologist” and a “mouthpiece” for the Chinese Communist Party.

“We have never been this close to the nexus of authoritarianism in the United States of America,” Bachmann says. “We are witnessing an administration that is willingly handing over liberties to an international organization that is funded and backed by globalists and the Chinese Communist Party. The WHO will advance their agenda, not ours.”

Mat Staver, founder and chairman of Liberty Counsel, concurs. “Under these amendments, nation states cede authority to the WHO. Every American needs to be aware of the serious threat to sovereignty and individual freedom.”

What About Congress? What About the Constitution?

Most of us can remember the chaos and damage caused by 2020: lockdowns, “essential” versus “non-essential” activities and medical treatments, mask mandates, vaccine mandates and much more. Many of these directives did not lawfully begin, or end, with Congress. While the Constitution remains the Law of the Land on paper, it doesn’t take a Ph.D. in behavioral science to observe that millions of people willingly obeyed directives that — while not constitutional — came down from the CDC, FDA, along with state and local governments under the guise of “emergency powers” during the COVID-19 pandemic.

“You’ve got law then you have practice, and there’s a difference,” Bachmann says. “What we’ve seen these last two years is the exertion of political will. From mask mandates to rent moratoriums declared by the CDC, pronouncements are being treated as law while power grabs are taken under cloak of a public health emergency.”

Bachmann went on to say that Congress should address an international, legally binding agreement of this proportion. Since the IHR Agreement is not a treaty, it is not required to obtain a 2/3 majority vote from the Senate. But members of Congress must do everything in their power to stop Joe Biden from giving American public health sovereignty to the World Health Organization of the United Nations.

Faced with dystopian realities that attempt to evoke terror and powerlessness in us, we are witnessing a profound shift in power. It’s the changing of perspective that is reflected in who people are willing to listen to and follow. Coming to a future near you, could it be that the collective global population will follow the lead of Big Business, Big Tech, Big Pharma (and the billionaires who own them) over heads of state, governors and mayors? If you walked into any airport, restaurant, gym, Broadway show or even onto the ski slopes of Utah in the last two-plus years, the question is moot. Show your vax card. Keep your mask on. Or stay home.

The real headscratcher in all of this (unless, of course, our government intended to give away national sovereignty behind the scenes) is that the U.S.-led amendments encourage third-party public and private enterprises to take their lead from the WHO, and by default, Bill Gates, its largest private donor.

This Biden-led endorsement of the WHO is an attempt to circumvent the Constitution, that annoying document that has been used to strike down his mandates. Third-party entities become the enforcers of the will of the WHO. They comprise a global police force willing to comply with WHO-dictated international norms and make others do the same.

At this eleventh-hour juncture, Bachmann calls every American to action. Since the World Health Assembly only requires a simple majority to pass these amendments, it would behoove everyone — from politicians to everyday citizens — to demand that the United States withdraw from this agreement. Bachmann advocates for a “groundswell of people” to call on leadership in Congress to not rest until these amendments are withdrawn and our national sovereignty is preserved.

Any attempt to sideline the Constitution in favor of bowing to a global health entity should be resisted and opposed by every freedom-loving American. Even when that attempt comes from the sitting U.S. president’s own administration.

Annemarie McLean is a writer for Liberty Counsel, a nationwide public interest civil liberties law firm committed to restoring the culture, advancing religious freedom, protecting the unborn, and strengthening the family. In 2012, she founded 3D Missions, an international outreach taking the Gospel to the nations through the performing arts, and co-founded Brave & Beautiful, a platform empowering young women to live, love and lead courageously. She holds a journalism degree from Oral Roberts University, with post-graduate work in organizational leadership at Palm Beach Atlantic University.