How the United Nations Turned Against Humanity 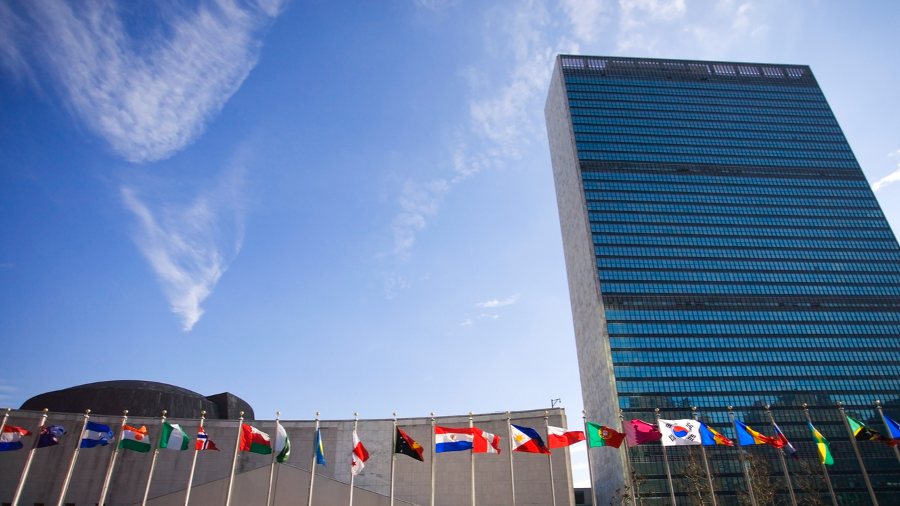 United Nations Day is October 24, and in 2022, the international organization’s tagline is “Peace, dignity and equality on a healthy planet.” Dr. Brian Clowes, the Director of Education and Research at Human Life International, thinks that the UN’s public façade is deceptive.

“This is an organization recognized for fighting genocide, having been established in 1944 in the wake of World War II Holocaust outrage and known for its effort to combat the 1994 Rwandan massacres,” observed Clowes. “Yet the UN’s global depopulation programs are nothing more than dressed up plans for racial eugenic genocide.”

Clowes points to the United Nation’s population control ambitions, which he explains are rooted in “greed, environmentalism, racism…and fear of famine.”

Abortion Is the Answer. What’s the Question?

He notes that in the UN’s worldview, abortion is the answer to both controlling perceived population explosion and defeating population drought.

A United Nation’s web post from October 3, 2022, titled “Gender Equality Can’t Wait,” highlights that “over 1.2 billion women and girls of reproductive age (15-49)” live in places where there are restrictions on abortion. The implication is that mothers are forced to have children – thereby defeating efforts at preventing births – and allowing the population to grow.

Contradictorily, a July 11, 2022, feature, “The Global Population Will Soon Reach 8 Billion – Then What?” cites the United Nations Population Fund report, “The State of the World Population 2022.” “According to the report, about half of all pregnancies worldwide are unintended, and more than half of those end in abortion.

For fear of population decline, some countries are becoming less ambitious in ensuring universal access to family planning; some are restricting the right to abortion; some are banning sex education from school curricula…”

“It appears that the United Nations is touting abortion as the answer to all problems,” added Clowes.

“Population control proponents prattle endlessly about ‘celebrating diversity’,” Clowes remarked, “Yet they are the greatest destroyers of diversity in the history of the world. They relentlessly impose American and European values and practices on the people of Latin America, Africa, the Caribbean, and Asia … . The primary weapon of this ‘colonization of the mind’ is population control, aptly referred to as ‘contraceptive imperialism’ or ‘chemical slavery,’ and its tools are anything that will reduce the number of children that women are having. These tools include abortion, birth control and sterilization, divorce, purported sex education, and even the encouragement and acceptance of homosexuality.”

Clowes also places blame on a concern for the environment that supersedes valuing human life.

“Environmentalism,” Clowes explained, “is the most altruistic of the motivations which drive the activities of the population control movement. Unfortunately, the leaders of many population control groups think that the best way to preserve our natural surroundings is to decrease the number of people in the world by whatever means are available. We have witnessed forced abortion and sterilization programs in China, Vietnam, Peru, and many other countries, partly in support of programs to preserve the environment. There have been vast numbers of women sterilized or fitted with IUDs without their knowledge or consent for the same reason.”

Clowes traces the roots of the UN’s population control programs back to the eugenicists of the 1920s who feared that “The White race was not producing enough children to keep up with the ‘colored’ races.”

Adding observations about global population trends, Clowes notes, “In 1997, for the first time in history, Europe and Africa had the same population. By the year 2050, the two continents will have traded places; Africa will possess 22 percent of the world’s population while dying Europe will have only eight percent. Just as importantly, by this time the average European will be 51 years old, and the average African will be only 27 years old. Europe’s population is now actually declining by one million people a year, while Africa’s is increasing by 25 million annually.”

A White, Manicured Hand at the Controls

This disparate distribution of souls points to the greed factor. Clowes asks, “Who will inherit the future – Africa, with its huge storehouse of natural resources and large, vigorous young population, or Europe, with few resources and an aging, small, and listless population? The answer is obvious. If Africa can solve its pervasive corruption problem and shake off the baleful influence of the Western population controllers, it will lead the world in just two or three decades.”

Thus, Clowes concludes, “The population controllers expose their eugenicist roots when they express their fear of rapid population increase in the developing countries of the Southern Hemisphere. They believe that poor nations with large populations will eventually attain significant power and will offer economic competition to the United States, especially with regard to access to mineral resources.”

Clowes demonstrates that this fear was explicitly outlined in National Security Study Memo 200, the “Kissinger Report,” which presented exaggerated projections about population growth, then demanded massive funding for abortion and birth control programs in developing countries.

“This inevitably destroys indigenous cultures and tramples the most basic human rights on an enormous scale, as we have seen in Vietnam, India, Peru, the People’s Republic of China, and dozens of other nations,” added Clowes.

The United Nations is a huge proponent of population control, acting on a belief that a high population density leads to poverty. And according to Clowes, that control is being achieved through genocide in the form of abortion, which the United Nations is promoting, supporting, and even providing on a global scale.

We Need God’s Idea of Human Rights, Not Eleanor Roosevelt’s Humanistic One