How Socialism Connects to Sexual Perversity 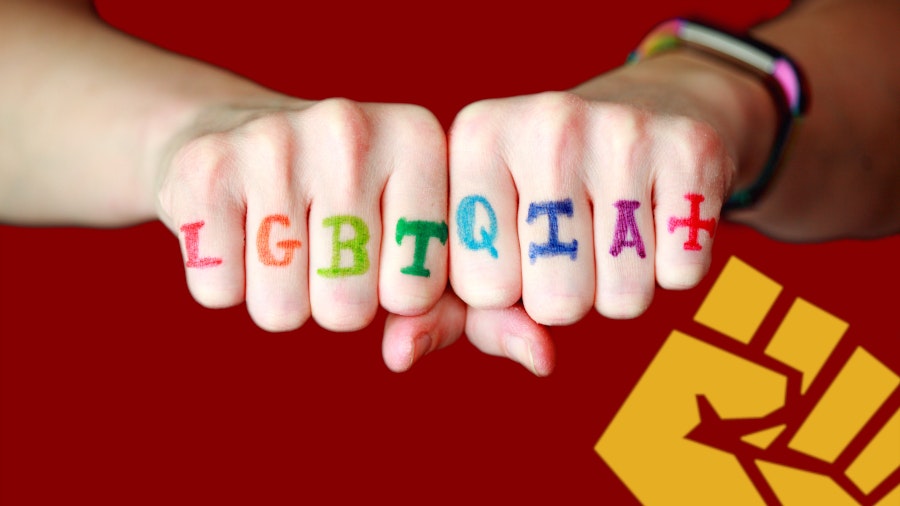 Why are many LGBTQIA+ people far more likely than “straight cisgenders” to be socialists? In Isaiah 5:1–5, God offers the start of an answer:

Let me sing now for my well-beloved a song of my beloved concerning His vineyard. My well-beloved had a vineyard on a fertile hill. He dug it all around, removed its stones, and planted it with the choicest vine. And He built a tower in the middle of it and also hewed out a wine vat in it; then He expected it to produce good grapes, but it produced only worthless ones. … [Now the Beloved speaks:] So now let Me tell you what I am going to do to My vineyard: I will remove its hedge and it will be consumed; I will break down its wall and it will become trampled ground.

Distinctions are Real: The Church is Not the World

A fundamental Biblical doctrine is that there are real, abiding distinctions. Hinduism, Buddhism, animism and spiritism say all is one. They deny distinctions at the root of reality.

Not Biblical Christianity. One is not two. Evil is not good. Light is not darkness. Bitter is not sweet.

The Bible insists that there are distinctions between church and world. So, when God’s vineyard becomes indistinguishable from the wild vines around it, He tears down its hedge. He will not sustain a false distinction. That is why God insists that evil and good, light and darkness, sweet and bitter not be confused.

Biblical thinking recognizes a distinction between church and world. The church is God’s private property, “a people for God’s own possession” (1 Peter 2:9). A hedge or wall of doctrines distinguishes it from the world. By doing God’s judgments and statutes, not the world’s, it finds life (Leviticus 18:3–5).

Some say the church can be like the world. They obscure the distinction between good and evil. To them, God says, “Woe to those who are wise in their own eyes, and clever in their own sight!” As if to say, “They may think themselves wise. They’re not. They may overlook distinctions. I will not!”

Private Property Rights are Based on a Biblical Distinction

Socialism is an economic system that denies distinctions. It denies the distinction between my property and yours. That is the most fundamental reason why it is anti-Biblical.

The same is true of LGBTQIA+ doctrines. Homosexuality, transvestitism, transsexualism, transgenderism, bestiality — all reject the Biblical doctrine of fundamental distinctions.

Just as the Bible insists that God has property in the church, so it insists, in the commandment, “You shall not steal,” that people have private property.

Socialism denies that distinction. It says everything belongs to everyone. It breaks down a wall of distinction by which God orders reality among a free people. Predictably, that brings on chaos. To avoid that, socialism reverts to another kind of order: totalitarianism.

The Bible also insists that property is a just reward for work. It is not to be divided equally regardless of behavior (Luke 19:12–26; 2 Thessalonians 3:10). Again, socialism denies this fundamental distinction, insisting on an impossible equality of economic condition.

Distinctions are fundamental to Biblical thought. Distinctions of order and chaos, light and darkness, good and evil, animal and human, female and male, saved and damned, church and world, holy and unholy. They are the warp and woof of Scripture. So are distinctions of work and sloth, individual and community, yours and mine, freedom and slavery, lawfulness and unlawfulness, variety and uniformity.

Each in its own way — socialism and sexual perversion — denies such distinctions. They rebel against the fundamental orders of God’s creation. God’s people must reject them.

Calvin Beisner, Ph.D., is president of The Cornwall Alliance for the Stewardship of Creation.