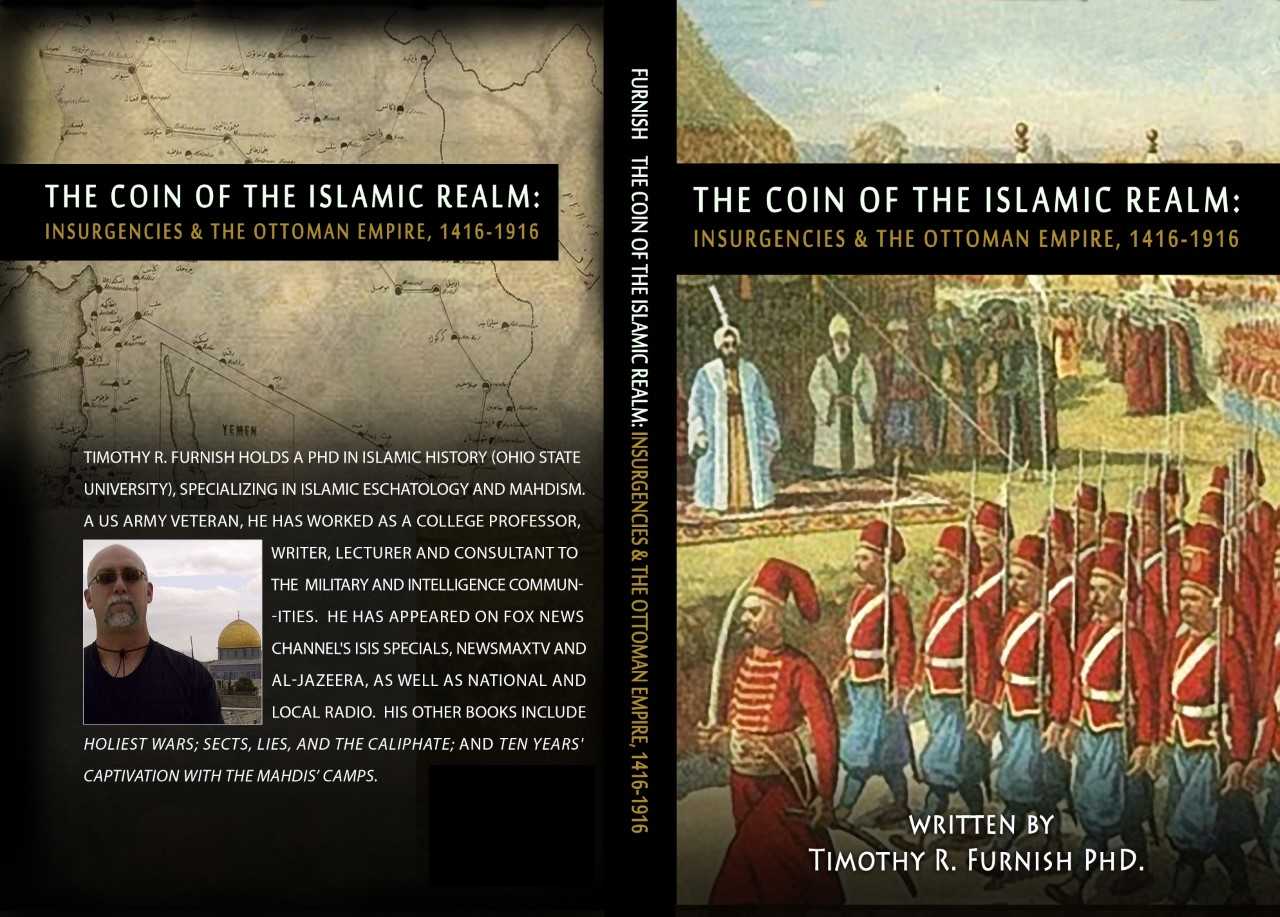 Stream contributor Timothy Furnish is that rare thing: a scholar of Islam who is himself a fervent Christian believer and conservative. He is the Stream’s go-to authority on such issues, and since he has a new book of great interest, John Zmirak decided to interview him about it.

John Zmirak: You have a new book out on Islamic history. Please describe it, and explain why the subject seemed important to you.

Timothy Furnish: It’s The COIN of the Islamic Realm: Insurgencies & the Ottoman Empire, 1416-1916, available on Amazon. “COIN” is short for “counter-insurgency.” I look at seven major rebellions against the Ottomans over the centuries, and how that Islamic empire waged COIN against them.

In my years of studying and teaching the history of both the Middle East and of terrorism, I’d only found one work that touched on this subject — and that only on the Empire’s annihilation of Armenians during World War I. But I knew from my graduate work and subsequent research that the Ottomans, prior to that horrible episode, had in fact dealt with actual insurgencies — most of which were rooted in Islam. So I thought that today, when over three-fourths of terrorist groups profess Islam, we might learn something from how an Islamic polity fought off other Muslim threats.

500 Years of Muslim Dominance Over Christians

This book focuses on the history of the Ottoman Empire, which ruled over the former territories of the Eastern Roman (“Byzantine”) empire, as well as several once-independent Christian countries — such as Serbia, Bulgaria, Romania, and much of Hungary, plus Armenia and Georgia, and Christian regions of the Middle East. Was this the first great “multicultural” state since the Roman empire? How did the zealous Islamic rulers of these vast territories keep peace and order?

One can make that case, certainly in the Mediterranean region. The Ottoman Empire was always officially, and majority, Muslim. But at the same time, for most of its 600-year history, it also contained sizable minorities of non-Muslims. Before the late 19th century, probably between 10 and 20% of the population. These were organized into millets, “confessional communities,” which were allowed to use their own non-Muslim laws.

The major millets were the Christians groups: Orthodox, Armenian, Assyrian and Catholic. Jews were one, as well. So, too, were Circassians — although many if not most of these were Muslim converts from Christianity. So the Sultans and the central government, to maintain order, used the carrot of limited autonomy.

Against more obstreperous movements — most of which were Muslim, of one kind or another — the Ottoman state wielded sticks of various kinds, as summed up by one perceptive reviewer: “bribery, clear and hold, reprisals, cultivation of local factions, divide and conquer, foreign proxies.” Should those prove insufficient, Istanbul was “willing to take the kinetic fight to the enemy, interdict outside support, deny the use of safe havens, capture of kill charismatic insurgent leaders (especially Mahdists), enlist respected Muslim leaders to condemn theological distortions, errors and crimes of the terrorists or guerrillas.”

How Did Christians Cling to Their Faith?

The initial Arab conquests of North Africa and other regions placed a thin layer of Arab, Muslim rulers over a vast population that was still mostly Christian. Over centuries, the condition of dhimmitude seems to have ground those Christians down, reducing them to small proportions of the population (the Copts, the Melkites, the Maronites). Why didn’t this happen on a large scale in the Balkan territories conquered by the Turks? How did those people cling to their faith?

Islam conquered North Africa by the 8th century AD—500 years before the Ottomans took over what is now Bulgaria, Romania and Serbia. So that gave the rulers half a millennium longer to pressure Christians in what had been the southern tier of the Christian Roman Empire to convert. The millet system was part of the reason, as well.

The Ottoman state preferred the Balkan Christians, most of whom were Orthodox, as a source of tax revenue and of janissaries — the elite Ottoman military unit formed of young Christian boys converted to Islam and trained as soldiers in what was known as the devşirme. But the majority was left alone to practice Christianity.

Another factor: Christians (and Jews) had to pay a special jizya tax, which the state lost if they converted to Islam. Finally, by the 18th century, the Russian Empire was powerful enough that it served as a religious protector of Orthodox Christians in Ottoman domains. This blunted any nefarious Ottoman designs on those groups.

What Can We Learn from the Christians Who Persevered?

As Christians in the West, we seem to be targeted for a kind of secular dhimmitude, a second-class Jim Crow citizenship, by our own anti-Christian elites. Are there any lessons we can take from the Orthodox Christians of Greece, Serbia, Armenia, on how to keep faith despite a humiliating, oppressive political situation? Anything we should avoid?

Although my focus was on renegade Muslim groups within the Empire, I would say that the Christians therein retained their faith by hanging together, if you will, as cohesive socio-cultural and even -economic groups — and not just as religious ones. Their faith, although central, was part of a broader tapestry of culture, history and tradition which provided a firm foundation at those time when the ruling actors tried to enforce an alien ideology — Islam — on them. 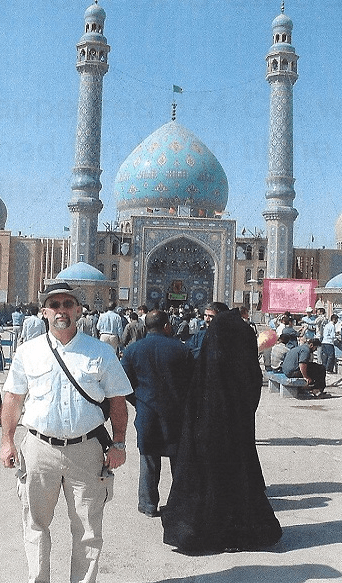 What this means for us as we face ruling actors ramming a different alien ideology — secularism — down our throats is that we must strive to develop our own Christian culture: schools, media, social media platforms, doctors, insurance companies, etc. Our faith can’t just be what we do on Sunday morning for an hour or so.

Do you think it is too late for Western European countries to solve the problem of mass Muslim immigration and differential birthrates? Will the “jihad of the cradle” succeed in overwhelming France, Germany, Britain?

Probably. The Muslims are there to stay, barring mass expulsions — which the French, Germans, Brits don’t have the stomach for. So the Muslim population will continue to grow. As Pew pointed out, even if immigration were to stop immediately, the Islamic population of Europe will go over 7% by 2050. With continuing immigration plus higher birth rates and some conversions, it will be between 11 and 14% by that date. Even the higher figure is a minority. But it’s a sizable one, and large enough that, coupled with the spinelessness of Christianity (both Catholic and Protestant) in most European countries — certainly the major ones — Muslims will increasingly demand, and be granted, their way in the social, legal and political spheres.

What Kept the Ottomans in Power? What Brought Them Down?

What did the Ottoman authorities do well, in terms of repressing genuine extremism and keeping order in a multicultural empire? What did they do badly? What caused their long decline and collapse?

They were quite adept, as I pointed out earlier, at using a variety of counter-insurgency methodologies. Another way of putting this: the Ottoman state could employ toleration, assimilation, persecution or expulsion at need — or combinations thereof.

Here are two examples. In the 17th century, a Sunni fundamentalist group, the Kadizadelis, gained traction in Istanbul, the capital. To “tame” them, some were brought into imperial administration. But when Ottoman law was not made more overtly and harshly Islamic, some Kadizadelis engaged in street violence. The state then jailed and even exiled the movement’s leaders. Eventually, the Kadizadelis faded away. But these had been mainly an ideological, not a military, threat.

Contrast that with the Ottoman COIN approach to the Wahhabis of Arabia (the ancestors to today’s rulers of Saudi Arabia). This was also a fundamentalist Sunni movement — but its proponents in central Arabia took up arms against the Ottomans, rather than just trying to inject more of the Qur’an into the legal system. Istanbul at first farmed out COIN against the Wahhabis to its proxy, Cairo. In the early 19th century, this had some results as the first Saudi ruler, Abdullah b. Saud, was captured, sent to Istanbul — and publicly beheaded.

But the Saudis refused to give up, and as the century progressed the Empire ramped up its ideological and kinetic fight against them. Ultimately, in the early 20th century, the Wahhabized Saudis won and created a Kingdom — largely because the Ottoman state had collapsed by then.

The Ottomans also fought for many years in Yemen against the Zaydis, as well as in Sudan against the followers of the self-styled Mahdi and, nearer at home, in Syria and Lebanon against the Druze. When they succeeded, the Ottomans did so by highlighting their mainstream Islamic bona fides, in tandem with their penchant for keeping order and, of course, their military prowess.

What Istanbul did poorly, and this ultimately proved the Empire’s undoing, was to find a reason for its subjects to support a schizophrenic state — one that was both multi-confessional yet officially Muslim; sultanic yet constitutional; nationalist yet predicated on religion. By the 1920s the Ottomans could not make up their mind what they wanted to be — and so their subjects decided to make their own (nationalist) way in the world.