How Faith and Free Markets Can Save Education 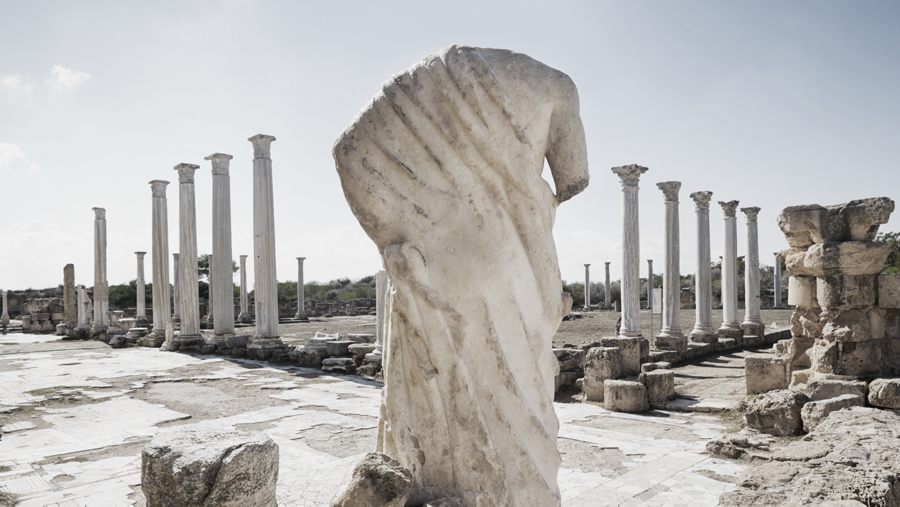 In the wake of the campus riot at Middlebury where leftist students attacked an invited speaker and hospitalized a professor, I’ve had to paint a distressing, though truthful picture of the advanced state of decay reached by most of the existing, “legacy” institutions of higher education in America. Put bluntly:

If our civilization is to continue in a recognizable form, if the Christian humanism blended from faith and reason that has blessed the West is to have a sustainable future, we must try something different. But what are the prospects for restoring some apparatus that will pass along our values?

The stewards of the great works of our ancestors have become politicized vandals, as bad as any Bolshevik smashing up churches in 1918.

Think of the issue concretely, using this handy historical metaphor: In the eighth century, the Islamic conquest of Egypt cut off Europe’s supply of papyrus. Indeed, as Henri Pirenne argues in Mohammad and Charlemagne, the Islamic economic boycott on most goods, especially grain, did much more to bring on the chaos of the “Dark Ages” than the collapse of the sclerotic Roman empire. Without a supply of papyrus, how would Europeans replace the copies of ancient manuscripts from Greece and Rome, as the old ones dried up and perished?

The answer is that they couldn’t: countless works of science, literature and philosophy would never be recopied, and would be forever lost to history. Those works which did get recopied were the ones that monks considered important enough to inscribe on the much more expensive medium of parchment, made from animal skins.

Can we find alternative methods of passing along our beliefs and our ancestors’ hard-won achievements — or will they be lost, like the vanished plays of Sophocles?

Today we find that forces which are in some ways as hostile to Christian civilization as Muhammad’s own jihadis have captured the choke-points of culture and values: schools, major media, popular entertainment and especially higher learning. In other words, they control the paper supply. Can we find or found alternative methods of passing along our beliefs and our ancestors’ hard-won achievements — or will much of what we have inherited simply be lost, like the vanished plays of Sophocles? (He wrote 120. We have complete texts of only 7.)

Can We Create Alternative Institutions?

These are huge questions, so let’s limit ourselves to higher education here: Can Christians and other friends of the West create institutions that will:

It’s sobering to admit this, but the answer may well be “no.”

Certainly, we cannot educate millions of people through the tiny, niche, intentionally Christian colleges which have sprung up in the past few decades. Good as many of them are, they are barely a drop in the bucket of American education. What is more, hostile bureaucrats could easily regulate them out of existence, using anti-discrimination laws to make their religious missions effectively illegal. The narrow legal exceptions that protect such schools are shrinking all the time.

We should welcome and work with the serious Christian intellectuals who emerge from Patrick Henry or Thomas Aquinas colleges. But they would surely agree that we need a more broad-based solution — one that benefits, evangelizes and empowers the millions no longer well-served by public schools or public universities.

Online Education Could be the Answer

Here is where MOOCs come in. Massive Open Online Courses are already threatening the education monopoly enjoyed by “legacy” educational institutions. MOOCs offer high-quality lectures, discussion groups and opportunities for distance learning that once were restricted to bricks and mortar colleges.

For-profit online academies such as the University of Phoenix are already competing with traditional colleges for students, while religious colleges such as Regent University enroll large numbers of distance students. The massive waste entailed in today’s universities, from “diversity officers” to rock-climbing walls and dorms that resemble four-star hotels, makes online education extremely competitive.

We still have enough highly educated Christian, conservative and moderate scholars to offer the courses needed in liberal arts, theology, history, civics, economics and other disciplines. But we won’t for long, as such people age, and politicized graduate schools and hiring policies freeze out the next generation almost completely. So we’d better get cracking.

But there are major obstacles that face anyone trying to offer serious online education as a competitor to traditional universities. No one knows them better than Dick Bishirjian, who founded Yorktown University to accomplish exactly the mission laid out here: offering a balanced program of liberal arts, business, religion, history, economics and other subjects now neglected or perverted at most traditional colleges. He recruited qualified teachers, designed real curricula, found willing students … and after years of effort finally stopped offering courses in 2012. The insuperable problem he faced, and anyone like him will face? Accreditation.

While the regional cartels of colleges that control the accrediting process like to claim that they’re all about academic standards and keeping students from getting fleeced by shady operators, there are less high-minded reasons that administrators at bricks and mortar colleges won’t vote to accredit their online competitors.

In fact, as Bishirjian recounts, these regional accrediting bodies work hard to keep in place strict regulations which prevent almost any online educator from offering accredited college courses that will transfer between institutions unless … those courses are being offered by a school that also operates a physical campus. So state universities or overpriced private colleges can offer hundreds of online classes, with full accreditation, but a purely “virtual school” cannot.

Now it may be reassuring to know that somewhere a school has red brick buildings covered with ivy, and beer-soaked dorms full of athletes. But it is hardly decisive to whether a program offers actual educational benefits.

No, this is a crony capitalist monopoly operation, by which “legacy” institutions keep out competitors. Since most of the brick and mortar schools have been captured by leftists and secularists, these regulations hurt Christians disproportionately — just as laws against home-schooling did decades ago. Indeed, sometimes these regulations are used against us explicitly, as New England’s accreditors did when they targeted Gordon College.

Learn from the Home Schooling Movement

So we must get behind efforts to pry education loose from the tight fists of politicized and secularized colleges, and open up new and entrepreneurial means to provide our students with good educations, valid degrees and the stepping stones to success. Bishirjian lays out the legal steps that will be needed to let online education step forward and start to replace the top-heavy, wasteful and massively biased educational establishment. As Bishirjian writes:

By lowering the importance of academic  “accreditation,” or completely eliminating it by creative state and federal legislation, a free market in competing education products can be created in which education entrepreneurs can begin to shape the future of American higher education.

Bishirjian offers detailed legal and regulatory reforms that would make this possible:

If you want more of Bishirjian’s perspective, or would like to hear his story, check out his remarks here:


Whether or not you agree with each of these proposals, it is clear that we Christians must use the means available to us to pass along the Gospel and the civilization it created. If existing laws and institutions make that impossible, we must change them or work around them. Home-schooling was once an exotic, often illegal phenomenon. Now it’s a thriving alternative to failing primary and high schools. Online education, carefully crafted and intelligently advocated, may be the next revolution we need to lead.

Online education might sound odd or quixotic to us — as the prospect of monks writing on stretched-out calfskin might have seemed to Christians in 700 or so, as the paper supply dried up. But those monks saved civilization using the means that God allowed them. We can do it again today.

‘Rape Culture’ at the Dog Park: How Our Colleges Lost Their Minds