How Christians Live When the Future Can Hit Us Hard, and We Don’t Know When 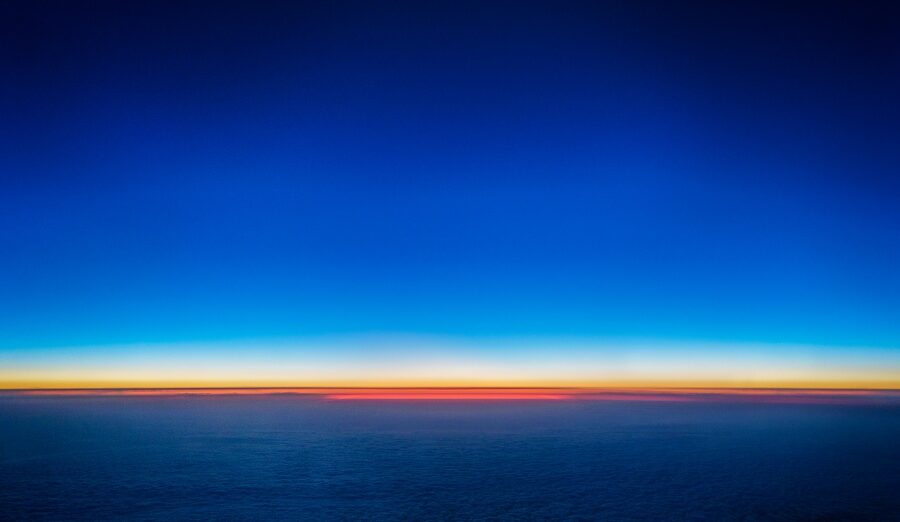 We were driving somewhere, our eldest child and I, when I mentioned a pain in my knee. “You’re getting old, dad,” she said.

“You’re too young to understand the difference,” I said.

“Uh-huh,” she said, in what I’m fairly sure was an amused and slightly patronizing voice. I named someone older than me we both knew. “Now, she’s old,” I said. “I’m just older than I was.”

Late on a Thursday Evening

Almost five years ago, as I was reading late on a Thursday evening, the house quiet, the dog curled up at my side, one of those times when life seems perfect, my phone beeped. My little sister had texted me, something she rarely did. She was my only sibling, and our parents had died years before.

She’d had to go to the ER for what turned out to be a blood clot in her left arm. The first text said that. The second said that the doctors were talking about cancer. I found out later that while she was there the ER doctor told her she had a blood clot, which they could fix, but that she also had terminal cancer, which they couldn’t.

She had just bought her first home, having moved to a small town near Portland, Maine, where one of her oldest friends lived. She had a cozy house, on the edge of a woods, with a small deck, a job she liked, a new car to get around in the snow, a new church where she was instantly welcomed as a friend of her old friend, and room for her four cats. Life seemed perfect.

Even when she had to go to the ER. She knew she was sick but thought it was something the doctors could fix. A little time off work and she’d be good as new. Even on the way to the ER, life seemed perfect.

I spent most of the next six months with her, watching her decline, till she died early one morning in hospice. Two perfect lives that changed in a second. We never saw it coming.

Sometimes the future comes to us slowly and we hardly notice, as in growing older. Sometimes it arrives suddenly, without warning, as in finding you have months to live. For almost everyone in the world, 2020 was a year the future arrived without warning, and changed everything for the worse.

We want to read the future, plan our lives, prepare ourselves for the worst and enjoy the good as much as we can. Today I wonder what other events, as bad as unexpected texts from my suddenly dying little sister, await. I’d really like to be able to read the future. I can deal with almost anything, if I know it’s coming. But we can’t read the future.

Most Christians feel like this, I think, at least sometimes. Scripture gives us two answers, both true, of course, but neither exactly satisfactory as comforts in going through life facing a future we can’t read. A future that can instantly turn bad.

We will think the future will be all right because it doesn’t exactly matter. We have enough to do dealing with today. Jesus says, “Do not be anxious about tomorrow, for tomorrow will be anxious for itself. Let the day’s own trouble be sufficient for the day.”

Both true, but not entirely satisfactory. They feel like ways of not dealing with the problem, two ways of shrugging it off: “I’m just not going to deal with it” and “It’ll get better someday.” I’ve dealt with Christians for whom they were ways of denying pain, of making the world seem a happier place than it is.

And worse, by themselves, they leave us gutting it out until we reach the end. Jesus says, “Lo, I am with you always, even unto the end of the world.” He’s with us, like a friend who keeps vigil by your hospital bed. Having Jesus by your hospital bed is way better than no Jesus. But He’s still just sitting there and you’re still the one suffering and on the way to dying.

There’s got to be more. I’m not the only one who’s felt this way, that the way we learned to understand the Christian life left something out.

And indeed there is more. A truth expressed in “I am with you always” I didn’t see for a long time. This will be old hat to some Christians, but I hadn’t seen it. The medieval writer Catherine of Siena said, “All the way to Heaven is Heaven, because He said, ‘I am the Way.'” I first read this in the writer Dorothy Day’s diaries. She took it as one of her slogans. It must have comforted her as she lived a hard life serving the very poor in New York City.

We don’t need to read the future, because we live with the future already. The real future. The truest future. The final future. But Catherine says something more. Something that’s even better news.

Jesus transforms your world. He makes the future real, by being the future. He brings the life of Heaven into this life, even when this life goes bad. Just because He’s Him. He’s not only the friend who keeps vigil by your bedside, but the doctor who makes that bed the place you’re healed, because He’d been there Himself, and makes you feel the healing even when you’re still sick.

Jesus is the Way

Watching my sister die hurt a lot. The pain hasn’t completely gone away. She was here and now she’s not. But if all the way to Heaven is Heaven, I can see how Heaven intruded itself even into that experience. We had a chance to be together for months. She had time to face her death and grow closer to God. It pushed me to think more deeply about the inevitability of death and therefore the need to live well, to live for God and not myself.

We can read the future. But not by predicting what will happen. We will suffer and we will die, we don’t know when. We read the future by looking at Jesus, who makes whatever we’re going through heavenly. Not always easy, or fun, or anything we’d want to go through, but heavenly nevertheless.

We Know Jesus Rose Because We Know How He Was Buried