It didn't happen the way you think it did. 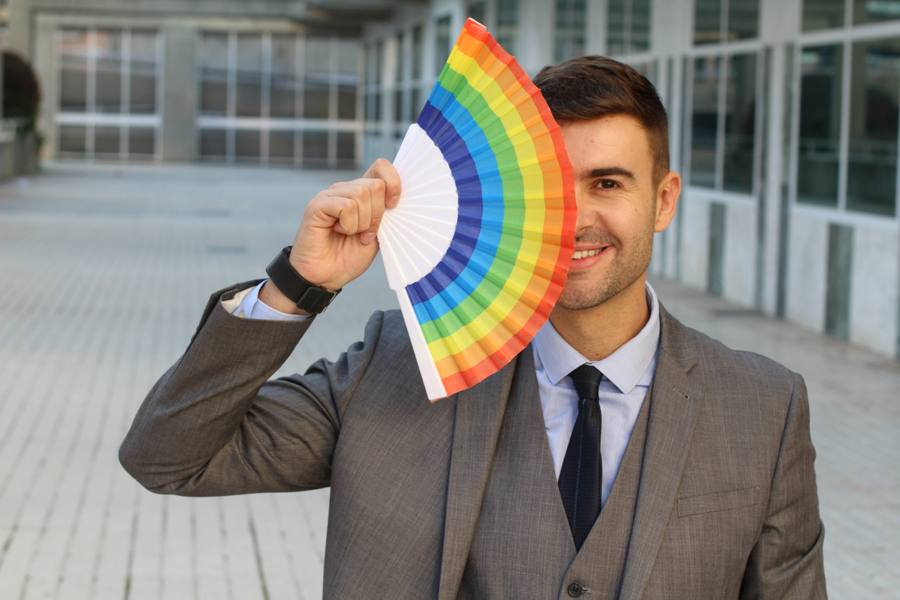 It’s been almost seven years since a handful of unelected leaders instituted same-sex marriage in the United States. We’re on to other issues now, but it’s not too late yet to learn from it. We made major mistakes in it. I was part of the problem, so I mean no finger-pointing here. Sure, I fought for marriage and I thought I was fighting well, but in reality I was doing battle with my eyes half-closed.

I had the war figured out wrong. Really wrong, at first, as I thought it really was about gay marriage, not realizing that was just one front in a much bigger war. Later on I traced it back all the way to straight persons’ errors in the sexual revolution, but like many others I still had too small a view of it. In reality the fight goes back not just decades but well over a century. Longer, obviously, if we consider the whole history of human sin. But to understand how morality just got flipped on its head, we need to look closely at some key men and women in the 19th and early 20th centuries. They laid the groundwork. We’re just reaping the effects.

All those long words, flowery words; what she really meant was free sex.

She considered herself a genius, but no big deal there: Anyone could be a genius. All it took was “the removal of physiological and psychological inhibitions and constraints which makes possible the release and the channeling of the primordial energies of man into full and divine expression.” All those long words, flowery words; what she really meant was free sex.

There were others. Charles Darwin (whose thinking can be traced to the Greek and Roman philosophers Epicurus and Lucretius) certainly played a role in it, simply by telling us we’re basically animals. Alfred Kinsey (1894-1956) did “research” (with near-zero scientific quality) interpreted by many as normalizing promiscuity and homosexuality.

There’s more information on all this, some of it far stranger than what I’ve written here, in this excellent article written by Kevin Slack for the Heritage Foundation.

Is it any wonder, though, that we’ve lost out so badly on marriage? I look back on all this, and I see three important observations and two lessons to draw from it.

Three Observations on Our Lost War for Marriage

Note first of all that none of these thinkers were openly homosexual, and none of them made a big deal of promoting homosexuality. We didn’t lose marriage because of the gay rights movement. It was over long before that. The U.S. divorce rate jumped by two-and-a-half times from 1960 to 1980.

Second, none of these thinkers were rock’n’roll singers. Honestly, growing up in the 60s and 70s, I thought that’s where it all began: “sex, drugs, and rock’n’roll.” That’s who the preachers of the day blamed, too. They were naive. I’ll take shelter in the fact that I didn’t even hit my teen years until 1969. I can’t hide there much, though: I spent years opposing gay marriage in the 2000s and 2010s without taking time to study the history that led to it. (See, I told you I was part of the problem.)

One Easy Lesson, One Hard One

The first lesson to draw from this, I think, is that we can’t blame gays for gay marriage. It’s still wrong; it’s always been wrong, and wrong in many ways. From a policy standpoint, though, its worst effect is the way it endorses and celebrates an already-existing, wrong, and destructive view of marriage. Marriage culture in America was dying, and gay marriage danced a jig at its hospice bedside. (I will write soon on why that matters, as it certainly does.)

The second lesson is harder. It’s about mistakes evangelicals have been making for at least a hundred years, and the repentance we need to come to. We were naive. Why? Because we weren’t paying attention. We thought it was the Rolling Stones’ fault, or even — don’t laugh, people said it — Elvis Presley’s.

That was wrong biblically: Study the prophets, and you’ll find they knew very well what was going on around them. Biblical Christians should follow their example. It was wrong in multiple other ways besides that. Many evangelicals gave up on culture, thinking Hal Lindsey was right, and Jesus was coming back in 1988. I can only ask, “How’s that working for us now?”

How It Still Matters

Ideas change cultures. Better ideas, empowered by the Holy Spirit, can help change it back. We can ask questions similar to one I raised just a moment ago. Here’s one for Sanger, who thought that through “the abolition of the shame and fear of sex. … mankind may attain the great spiritual illumination which will transform the world, which will light up the only path to an earthly paradise.”

And to think she advocated eugenics partly to rid the world of “idiots,” and she thought she was talking about someone other than herself. The question I’d ask her is obvious: How’s that working for you now? But it’s only obvious if we know enough to ask it.

Now obviously not everyone needs to study the world this way. Every believer has different gifts, different motivations. We don’t all need to do this work, but we should all affirm it. Strongly. Scholars need real encouragement, support, and prayer. They need us standing by to keep them from sinking in the morass of what they find. Theirs is a hard and, in many ways, a risky mission. They need the church’s support as much as any other missionary needs it.

Finally, we need to recognize those who do it well, both intellectually and spiritually, and listen to what they tell us. Preachers will tell you we lost this fight from a lack of prayer, or some other fault in our faithfulness. I agree that matters. Immensely. We still need to shore ourselves up in such things.

But I’d also say fighting massive, world-wrecking spiritual battles blindly, naively, and unbiblically is a great way to lose, no matter how hard we pray. I’d even say we’ve proved it.