As the New Year Approaches, Hopeful Signs of Spiritual Awakening Ahead 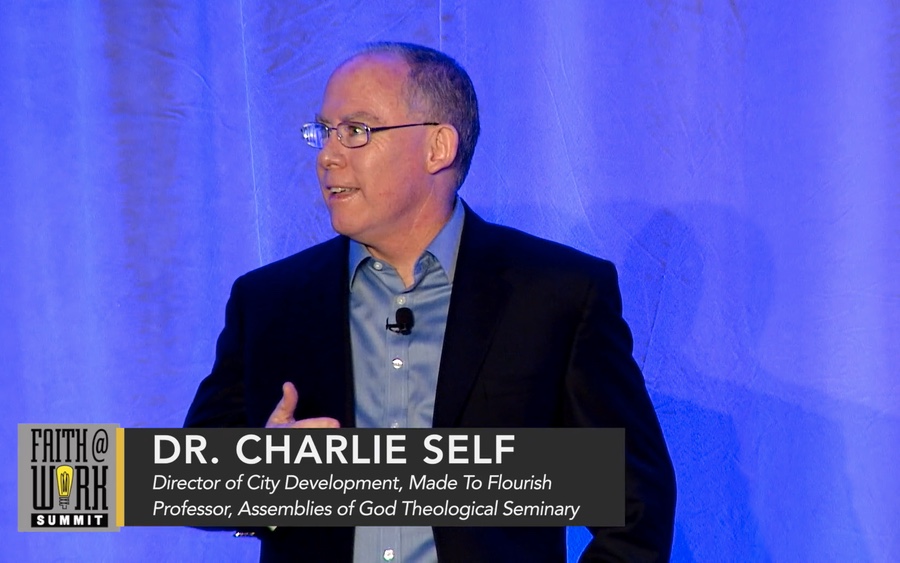 Dr. Charlie Self sees very hopeful signs of revival and awakening coming from the Lord — and he’s in a great place to know. He’s an ordained minister, the director of Learning Communities for a nationwide church network called Made to Flourish, and a professor of Church History and Christian apologetics. This places him in touch with many churches from many traditions.

I met him first at a church leadership meeting in Dayton, Ohio. More recently I spoke with him on the phone, both about the Made to Flourish network, and also about what gives him this hope of awakening. The four points that follow are his words, edited for reading on screen.

1. God’s People Finding Each Other in the Midst of Polarization

The first sign that gives me optimism is God’s people finding each other in the midst of cultural polarization. There’s no denying that people can show up on both sides of our current political debates. But through the idea that we can be both gospel- and community-focused through integrating faith and work, I’m finding God’s people finding each other across cultural and denominational lines.

Look at the city leader profiles on the Made to Flourish website. You’ll find women and men, from every ethnic and denominational background. You’ll find people from liturgical and free church traditions. There are people who are egalitarian and complementarian, with respect to women in ministry. And they’re all working together. For the gospel and for the common good.

So that’s the first thing, and it’s an answer to Jesus’ prayer. The more united we are in mission, the more of the world is going to see a positive witness of Jesus.

A second thing is that we’re no longer fighting about the Holy Spirit. Whatever theological constructs people have, you don’t find much resistance to praying for healing, for believing God to do the miraculous, and for spiritual gifts being exercised in proper ways. Now you may have a lot of different ideas of how that works, but there’s 3 million charismatic Calvinists out there. James K. A. Smith is an amazing spiritual writer who writes from a Reformed perspective with charismatic vitality.

And that’s really interesting historically — and I am a historian. For a while Pentecostals were sort of alienated. For many years, they thought they had a franchise on this. But the wind of the Spirit has just blown through every tradition. So what’s happened is Pentecostals have had to go deeper theologically and broader intellectually. And other groups have suddenly realized, “Hey, God does these things,” right?

A third area — and this is more subtle — is that there’s a holy desperation gripping the hearts of a lot of people when they see the public anger and they see the polemics. And they see too much emotionalism taking over. So I am encouraged at just the desire for the glory of God I see amongst thoughtful Christian so willing to really learn.

4. The Growth of Whole-Life Discipleship

Then I think there’s a fourth element that is extremely encouraging, which is that discipleship is increasingly seeing as glorifying Christ in all of life, not just just checking the boxes on certain spiritual disciplines. I’ve been at the forefront of outcome-based discipleship. We’re watching more people think about, “What does it look like to follow Christ in everyday life?” And then, “How do the spiritual disciplines, the small groups or programs, the resources contribute to that?” — instead of just checking the boxes.

Yes, praise God for the pietism that’s been a part of the evangelical life for over 400 years. But we’re getting beyond just half a dozen set of exercises to a more comprehensive vision of what it means to be a disciple.

We’re watching more people think about, “What does it look like to follow Christ in everyday life?”

Now, I am concerned that some younger evangelicals aren’t as eager to give a verbal witness as their older counterparts. At some point we actually have to declare the gospel.

Theologian Donald Bloesch once said that we must not mix human ideology with Biblical theology. We’ve got to be careful that the gospel is not reduced to being part of a political movement. The good news of Jesus Christ, with the call to repentance and faith, must be presented.

Back to point 1: Let me give another example. I wrote an article that fit under the overall theme related to work and life. It was on the difference between self-denial and self-destruction. And when do I leave my job? Where does something go from just being hard, to being necessary to leave, right?

And what was so encouraging was who published it: Made to Flourish, Missio Alliance, and The Gospel Coalition. I am a founding board member of the Missio Alliance network. The Acton Institute has published some of my essays.

So, here you have a Catholic-rooted think tank, Acton, that’s broadened now to become an ecumenical think tank on good intentions and sound economics. You have an egalitarian re-imagining of evangelical Christianity, Missio Alliance, which would certainly be on the more progressive side of things. There’s a Reformed group like The Gospel Coalition. And then Made to Flourish. Oh, and I continue teaching as the church historian for the Assemblies of God.

The fact that I can be in these circles and be welcomed is a sign of the Spirit.

As I mentioned, Dr. Self (“Dr. Charlie”) also spoke with me about the Made to Flourish network — another very encouraging part of what God is doing in our world. I’ll share that conversation here shortly.