Home For the Holidays 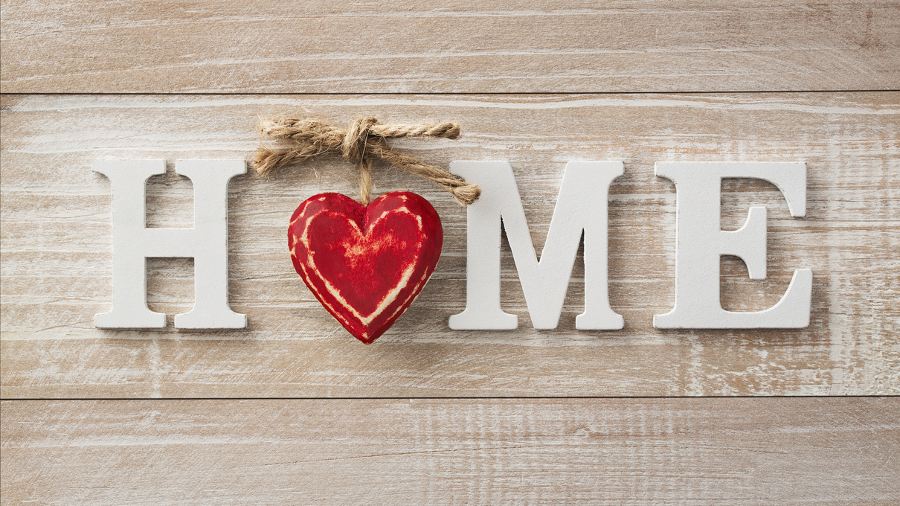 As Holiday music has begun its assault on your ear drums (and sanity), have you also noticed how many of those songs are about home? Two oldies come to mind.

“There’s No Place Like Home for the Holidays” sang Perry Como and most of us agree. We may battle traffic “from Atlantic to Pacific,” but the song reminds us, “If you want to be happy in a million ways, for the holidays you can’t beat home sweet home.”

“I’ll Be Home for Christmas” crooned Bing Crosby in 1943 as World War II raged. The song expresses the same thought, but ends with the sad words, “I’ll be home for Christmas if only in my dreams.” The Atlantic and Pacific block the way home for deployed soldiers and sailors. Christmas with “snow and mistletoe and presents under the tree” was the stuff of memories, dreams, and deferred hope.

As we hear the home-for-the-holidays songs, do we see home as desirable, as nostalgia, as an unattainable dream, or maybe as an all-too-attainable nightmare?

People With No Homes at All

An African priest observes that we Americans are a nation of refugees and internally displaced persons.

Refugees flee from their home countries because of persecution, war, or other violence. Internally displaced persons flee the same evils, but remain hiding in their own countries.

Americans become refugees by fleeing domestic tension, family wars, or emotional violence by moving far from home. The internally displaced don’t move, shutting it out as best they can. Either way, they become people with no homes at all.

With Advent beginning on Sunday, we can go back home to Bethlehem, the Holy Family, and the birth of Jesus, the One who gave the Pilgrims their hope and trust and Who can do the same for us and for our neighbors.

Family dysfunction, divorce, abandonment, and other conflicts, plus our culture of expressive individualism (“I gotta be me!”) make relationships at home strained, stressed, and/or superfluous.

A friend selected a college by drawing a circle with a 400-mile radius around home — that is, around his family — applying only to schools outside the circle. Add in summer jobs on or near campus and that completed his plan of leaving home at 18, never to return.

After retiring, a couple moved several thousand miles to the town where their son and his wife lived. Hurrying home one Christmas Eve to be with them the next morning, they discovered their son and his wife gone. With no apology, they went camping alone. Some time later, they left for good. Their remote high-tech jobs allow them to work from anywhere. Their “home” is a sailboat in the Pacific going wherever the wind blows them. And like his sister, their son announced that there will be no grandchildren — ever. What could be home for the holidays?

And for those who live near family and the concomitant obligations, after you put up with family Thanksgiving Day there’s Friendsgiving: dinner on Friday with the people you actually want to hang out with after tolerating home.

The Sole Self is Not Enough

Yet that freedom from home and family doesn’t yield the happy results hoped for.

A study by Making Caring Common and the Harvard Graduate School of Education reports, “In our recent national survey of American adults, 36% of respondents reported serious loneliness — feeling lonely ‘frequently’ or ‘almost all the time or all the time’ in the four weeks prior to the survey. This included 61% of young people aged 18-25 and 51% of mothers with young children.” The study calls loneliness an “epidemic” made worse by COVID.

The deployed soldiers or sailors Bing sang about at least had comrades in arms to spend the holidays with, remembering and commiserating. Too many Americans today — young Americans in particular — appear to have no one.

As Mark Bauerlein put it in the December First Things,

Conservatives know that the past nourishes us, while progressives believe the future redeems us. But the fact is that when you deprive individuals of a meaningful past, as progressivism does (because the past is a time of exploitation and misery), they lack the means to build a fulfilling present. They have no church, country, family legacy, or cultural inheritance on which to draw when the inevitable difficulties of adulthood arrive. The resources of the sole self are not enough, nor are the networks people construct online.

The Homes That Nourish Us

We typically take “home for the holidays” literally: back to family, childhood home, and hometown. That is good in and of itself.

It can also be taken figuratively: getting back to the past that nourishes us. We can go back home to the Pilgrims on that first Thanksgiving, seeing God’s good providence even in the midst of sufferings and the struggle for life.

With Advent beginning on Sunday, we can go back home to Bethlehem, the Holy Family, and the birth of Jesus, the One who gave the Pilgrims their hope and trust and Who can do the same for us and for our neighbors.

We can invite the lonely around us into our literal homes and into those figurative homes that nourish us and can meet the needs of even the most desiccated human soul. After all, for the holidays — and beyond — you can’t beat home sweet home.

A Christmas Song for the Persecuted and Suffering Around the World

Give the Gift of Gospel Conversations This Christmas