Rachel Knight will lead prayer for She Loves Out Loud in February. 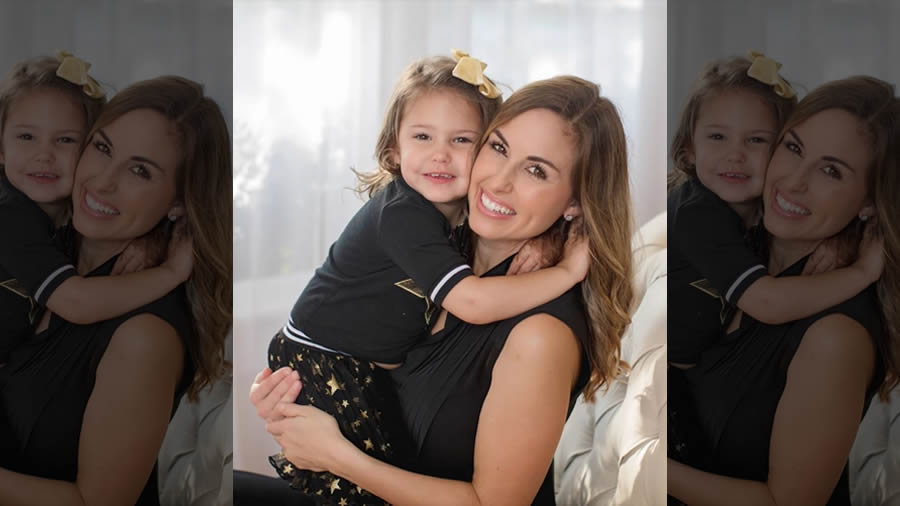 “We prayed for 4 years, 10 months and 14 days,” said Rachel Knight. “We believed God for children and we could not get pregnant.” Rachel and her husband are lead pastors (under Rachel’s mother-in-law, Paula White) of City of Destiny church just outside of Orlando, Florida.

After almost 5 years of trying, she and her husband got discouraged. Yet they continued to pray. “We were like, ‘God, this is beyond us because all we do is pray and it’s been so long, but we’re believing you for the miracle.'”

The day before Rachel was scheduled for more bloodwork and yet another procedure, she thought she’d take a pregnancy test. “I took the test and because I had always had so many negative ones, I just threw it out.” But Rachel felt the Holy Spirit prompting her to go back and look at it. “And when I went back and picked up the pregnancy test, it was positive.”

After nearly 5 years of infertility, God had answered their prayers. When her daughter was a year and a few months old, Rachel became pregnant with their son.

The Currency of the Kingdom of God

Why pray? Rachel says that prayer is “the currency of the Kingdom of God.” Prayer moves and changes situations and outcomes. Prayer, for her, is “what I do.” She believes God has directed her to be an intercessor for others. “It’s part of a call and a mandate for my life.”

Sometimes she receives direction to pray for specific situations. In 2014, she felt the Holy Spirit tell her to pray for the unborn. She thought, “This is strange. Why am I praying for unborn children?” She prayed, “God, help the unborn children. Help mothers who want to abort them. … Please help them make the right decisions that they wouldn’t abort the baby.”

About two hours later, her aunt called. She asks Rachel to pray because she’s trying to talk a friend out of getting an abortion. She told her aunt she that just morning she’d prayed for unborn children. “We prayed right there and we believed God. … She was able to talk to the girl. She said, ‘Give it three days, and let’s not do this,’ because she was going right away to Planned Parenthood. [The young girl] was able to give her three days and then she came back and she ended up not aborting the baby after three days.”

On February 15, Rachel will be praying for a generation — a “voice for the voiceless and for a return to God in our nation.”

She Loves Out Loud

Rachel is one of the founding team members of She Loves Out Loud. She is a part of the prayer movement because of the “whole idea of women coming together in prayer to encourage one another.” She wants to see women coming together in transforming prayer, creating unity. “I believe God for the unity because there’s been so much division in the body of Christ, division in America, so I believe that this will give the women opportunity to come together in unity for prayer.”

We are Daughters of the King

She Loves Out Loud: ‘Prayer is the Greatest Act of Love’