Holding Back the Bread and Circuses: Regaining the Community Life 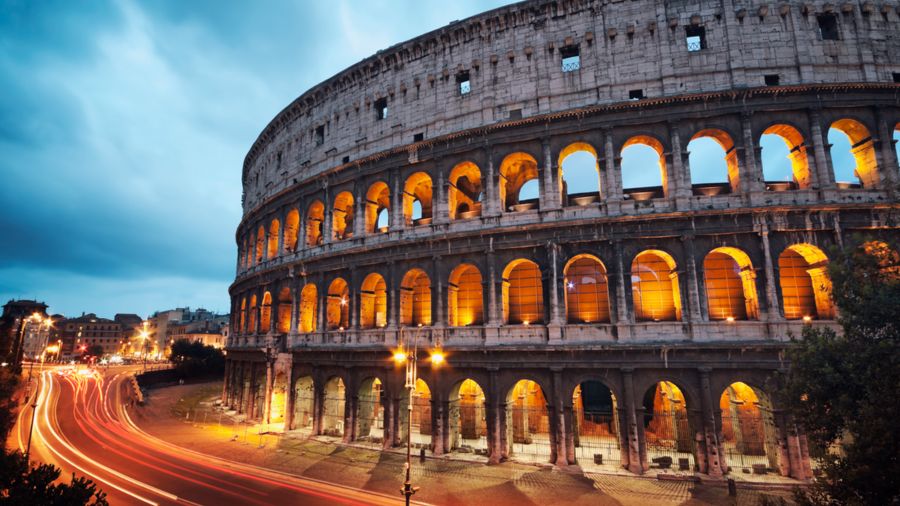 Now you may join the Elks, my friend
And I may join the Shriners
And other men may carry cards
As members of the Diners
Still others wear a Golden Key
Or small Greek letter pin
But I have learned there’s one great club
That all of us are in

Those lyrics are from a song entitled “The Brotherhood of Man” (the “one great club”) from the 1961 musical “How to Succeed in Business Without Really Trying.”

A Time When Associational Life Was Strong in America

Note the date. The musical, the 1967 movie version and the 1952 book on which they are based hail from an era when organizations like the Elks, the Shriners, the Odd Fellows, the Masons, women’s clubs, and garden clubs were past their peak, but going strong. Unions were still large and powerful. Boy Scouts, Girl Scouts, 4-H and Future Farmers of America trained America’s youth in associational life. And, of course, church attendance in America peaked in the late 1950s.

During the ‘60s, American associational life was alive and, for the most part, healthy.

The Wealthier We’ve Become, the Less We’ve Come to Depend on Each Other

Membership and participation in virtually every form of measurable association have declined, including churches, unions, and social and charitable clubs. … The decline in associational life extends far beyond these membership-based organizations. … [S]igns of the decline in interpersonal connection can be spotted in changing linguistic patterns, social surveys, and even data on time use.

Stone notes that Americans have gone from what the historian Arthur Schlesinger, Jr. called a “nation of joiners” to a nation of committed non-joiners.

While there are, Stone writes, many reasons for this, “most of the change in associational life can be attributed to essentially one factor: technological improvements leading to a higher standard of living.”

Why? Because as we’ve become wealthier, we’ve come to expect more and more from the government and less and less from friends, neighbors, family, and members of our church, union, club or association.

Community Life Asks of Us and Gives to Us

After all, friends, neighbors, family, churches, unions, and other associations demand things from us. They demand our time, energy and financial support. All the state asks of us is to pay our taxes — a solution that, while annoying, doesn’t interfere with working longer hours or watching Monday Night Football.

But Stone explains, “As Americans spend less time together, we have also become more suspicious and less trusting of one another, especially of civic and public institutions. As a result, our society has had a hard time confronting the challenges and obstacles that, throughout human history, have always arisen.”

He uses COVID-19 as a case in point, one that “has highlighted the dysfunctional character of American civil society and associational life.” Studies have indicated, he notes, that “areas with denser networks of associational life” fared better than areas where individualism, isolation and reliance on government are the norm.

At the same time, he adds, COVID wreaks havoc on associational life: “Beyond the human lives it claims, COVID-19 will likely also spell the end of innumerable institutions, organizations, and habits of social life.” That is, isolation and dependence on the government become habitual as we continue “withdrawing from relationships with each other.”

The one exception is sports, but that’s not necessarily a good thing. According to Stone, academic research indicates, “Modern governments actively promote sports, not only for nationalistic reasons but also as benign, politically nonthreatening entertainments to accompany the welfare state. Bread and circuses is not only an ancient Roman phenomenon but also the actual function of modern sports.”

In an attempt to reconcile the radical individualism of the early twentieth century with the embrace of totalitarianism during the same era, Robert Nisbet observed in his 1953 book The Quest for Community, “Release man from the contexts of community and you get not freedom and rights, but intolerable aloneness and subjection to demonic fears and passions.”

Nisbet goes on, “There is… the mounting attraction of political power when all other forms of association have been destroyed or weakened. If the individual is prevented, by law or public opinion, from participating in ordinary associations, and if he feels, as men commonly do, the need to belong to something larger than himself, he will seek close membership in the one association that is open to him.” The state replaces the Elks, the Shriners, unions, churches, and ultimately the entire “brotherhood of man.”

Where Will We Turn? Entertainment and the Government or the Church

While Lyman Stone sees a role for government is setting things right again, in the end:

The future of associational life in America will depend on what Americans really want. If they want modern bread and circuses, they will get it. Rebuilding lost associational life will require a critical mass of Americans to make costly personal choices to reinvest in their communities and relationships.

It seems to me that if Christians do not step up to the challenge, no one else will. Our relational bonds are far deeper than secret handshakes, odd hats and mysterious rites. We belong to each other because we belong to Jesus. We are His Body and that association means everything, not only in the here and now, but for eternity.

This, brothers and sisters, is our moment to be “children of God without blemish in the midst of a crooked and perverse generation, among whom you shine as lights in the world” (Philippians 2:15). So get to church. If you haven’t joined, join. Give yourself in useful service to others. Throw some dinner parties. Get to know that neighbor you’ve never met. Let’s show the world that there’s more to life than bread and circuses before it’s too late.

The Best Thing Most Americans Can Do to Make America Better