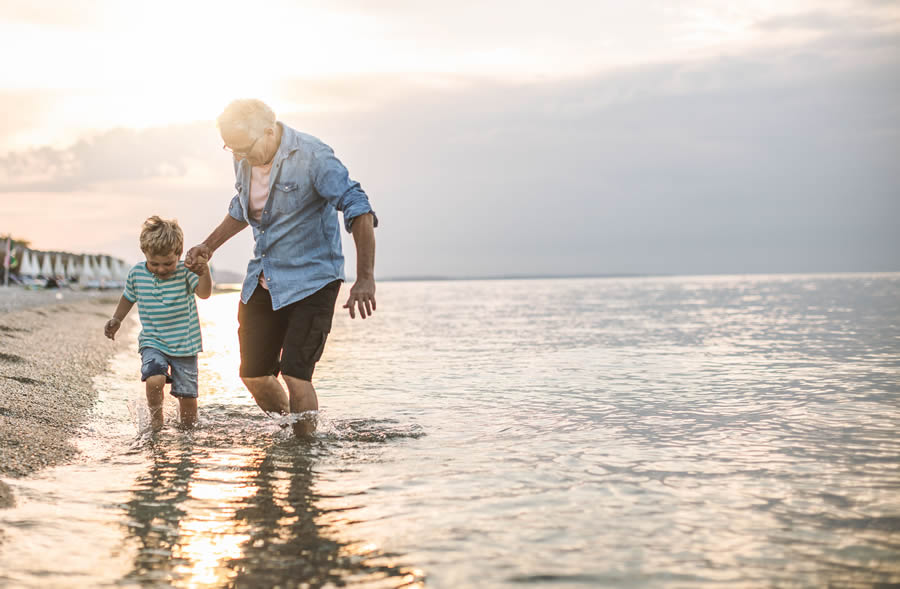 One of my earliest memories of my grandfather was dancing with him to southern gospel music. Tippy toes planted on his feet, we swayed to the sounds of Whispering Hope on the record player. Grandma was in the kitchen making lunch. I couldn’t have been older than 4.

I was the youngest child of his youngest child, number 30 of his 32 grandchildren. My mother was only two years older than her niece. By the time I came along, my grandfather was an elderly man. Long-since retired, he had been a Dallas firefighter and then a preacher. Grandfather to many, for that moment when I was 4, he was mine alone.

There’s something special about grandparents. They love unconditionally. They support our dreams, even if they’re unrealistic. Grandparents listen to us when we have a problem or just need to talk. They delight in our joy and share in our sadness.

That’s why we should celebrate grandparents. This Sunday, September 8, is Grandparents’ Day.

The Roles of Grandparents

Ken Canfield, PhD, is the author of The H.E.A.R.T. of Grandparenting. Canfield told The Stream that having grandparents around can benefit both grandparents and grandchildren. For the grandkids, it helps provide a sense of identity that is “critical.” It’s also good for the grandparents. “Studying neurological activity, just the cognitive competence of grandparents who have regular access to their grandchildren and interact in a healthy way … helps keep their minds stimulated.”

Grandparents also have a “reservoir of wisdom and life experience.” Canfield likens parents to the Old Testament and grandparents to the New Testament. “Being a parent, you have to do the heavy lifting of discipline, guidelines and shaping a child’s life. … There’s expectations that, if you don’t follow this, there are consequences.” Grandparenting is like the New Testament. “It’s the infusion of grace and love. You just love that they’re alive and you’re alive and you get to celebrate this.” He says as Psalm 128.6 states, it is a blessing to see your children’s children.

Grandparents provide wisdom and presence and support parents. “Giving your children access to their grandparents is a win for you. They provide babysitting or respite when you need to get away with your spouse for the weekend.”

One of the greatest roles that grandparents can have is one of helping their grandchildren deepen their faith. Canfield points out that it’s important that grandparents let their grandkids see them living out their faith: “Make sure that your grandchildren know simple things like when you came to faith, how has your faith been an important part of your life,” he says.

Tell them when if you were baptized. Tell them the time that you saw the Lord move deeply in your life as an answer to prayer. Reflecting on those, even though it’s from a different era, helps a young child or a teenager during a time of questioning, be assured that, despite crises that may have come into their life, ‘God has been faithful in my grandmother’s and … grandfather’s lives.’

Canfield adds that when grandkids see or hear stories of their grandparents’ faith, it gives them a boldness in their own faith.

They’d Do It Again

It’s tough, but every grandparent Canfield spoke with about caring for their grandkids said they would do it again. “So then you begin to see that grandparenting passion, which is powerful.”

My grandparents have been gone a while now, but I still miss them. Those who have living grandparents should hug them a bit tighter and celebrate them this Sunday.