After Life: Alice Marie Johnson Tells Her Story of Hope and Redemption After Life in Prison 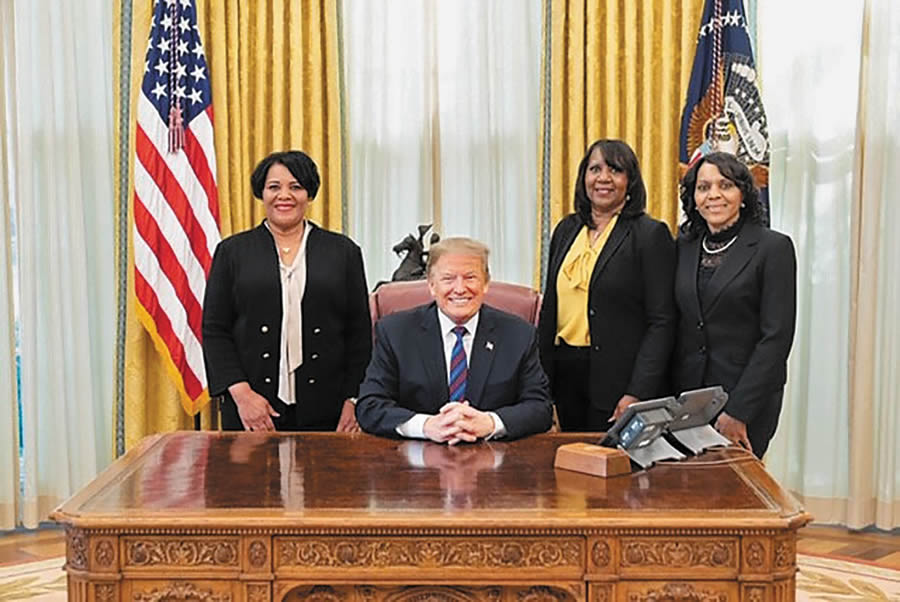 On Thursday, September 26, LIFE Today will host former prisoner Alice Marie Johnson to discuss her new book After Life: My Journey from Incarceration to Freedom. Alice served over 21 years in federal prison for her involvement in a drug trafficking organization. She started serving a life sentence in 1997. In 2018, after Kim Kardashian West asked President Trump to commute her sentence, Alice was freed. The Stream’s Nancy Flory recently spoke with Alice about her new book and her ministry. She wrote her book to give people hope and to encourage people to persevere through the dark times. “Our faith is a faith of grace and mercy and redemption.”

“God will take us different places that we don’t think, but we’ve got to be willing to go wherever he sends us.”

Alice was sent to prison. In the 1990s, she became involved in a drug trafficking operation to help pay her bills. Sentenced to life, she thought she’d never get out. “I didn’t give up hope, but I can tell you that doubt sometimes enter[ed] my heart where I’d think, ‘is this it?’ — especially after losing different motions that I put in and after being denied clemency over and over and over.”

Alice is clear that God did not send her to prison. Her actions did. However, God was able to “take [the situation] and turn it around … for my good and His glory — and that’s the truth.”

Alice grew up in a “strong Christian family,” but walked away from her faith as a teenager. After she had her children, she returned to the church but her faith wasn’t strong. Then her youngest child was killed in a scooter accident. She had to depend on the Lord for comfort. Her faith began to grow, but something was missing. After the verdict came back in her case, Alice prayed. “I said, ‘Lord, use me if there’s something that You could use. … Show me and I will. … If you just give me the strength to obey your will, that is what I’m going to do.'”

“I didn’t know the Word. … [T]he Word of God really is what changed my life totally.” Alice “stayed in the Word” and eventually began teaching Bible studies to the other women in prison. As she began to see the “life-changing power” of Scripture over the other women, her faith grew even more.

Women from all over the world were in prison with her. She would not have had the same impact as a free woman that she had in prison, Alice points out. In addition to Bible studies, she began writing and directing plays and skits. “By putting them in plays and ministering to them through the faith-based plays I wrote, they came to know Him then.”

One woman was an avowed atheist. Alice had written “The Life and Passion of Jesus Christ.” The atheist inmate wanted to play a soldier so she could “be hard on Jesus.” Other inmates didn’t want the atheist to be in the play because she didn’t believe in God. “I said, ‘That’s who I want. That’s who He wants. That’s who He wants us to go after.'”

“When she saw how cruel she had to portray herself toward Jesus and having seen the man who He was — the God-man who He was and his miracles and how he treated people, she broke down crying.” The woman became a Christian and is now an active member in church and in the community.

One day a staff member in the prison took Alice aside. “Miss Johnson, the whole compound is watching you, including staff. I hope that you will not stop what you’ve been doing.” The staff member knew about Alice’s plays and skits. Alice told her she was not going to stop.  She was going to ask God for the greatest harvest — that her plays were the biggest and best she’s ever done. And they were. In 2017, she put on more plays and skits than any other year. “In that place of trouble, that is where I blossomed.”

The people she meets outside of prison say, “If you could serve Him incarcerated, what stops me?” Alice said she was able to serve God because she didn’t say she would wait until she was free to attend church and serve Him. “No, it’s wherever you are. God wants to use all of us, wherever we are, whether it’s in the workplace, in the school, in the neighborhood — each one of us [has] been called into ministry.”

If Alice had the opportunity to speak to those who are now where she used to be, she’d tell them “Don’t wait.” She explained: “Turn to Him and don’t wait and think that you’ve got to clean yourself up before you can come to the Lord. He wants to meet you exactly where you are.”

She also would tell them not to rely on their own power. “You can’t in your own power, so don’t even depend on your power. Submit to God and ask Him for His power. Because He tells us that when we’re weak that’s when His strength is made perfect. So take your [weakness] to Him. Take it to Jesus. And that’s when He’ll show up strong for you.”