Unbroken: Path to Redemption: The Louis Zamperini Story of Hope and Forgiveness 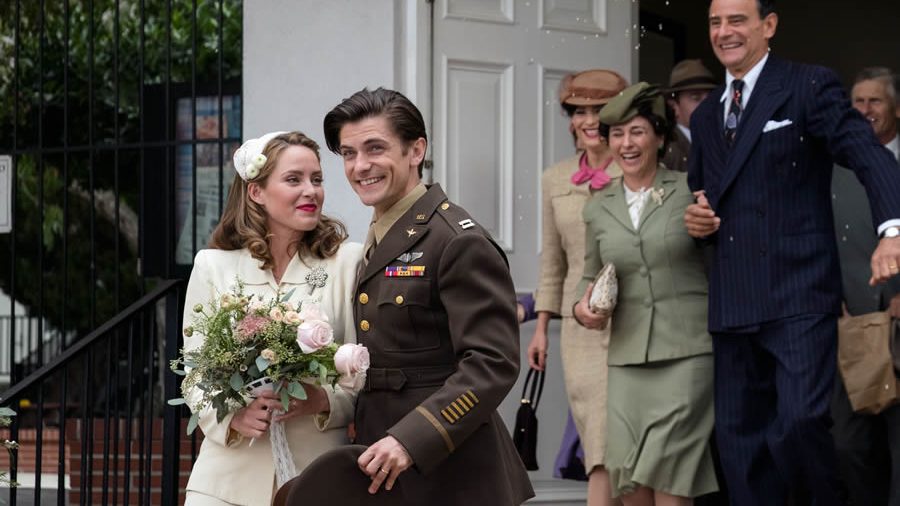 This weekend, Universal Pictures, along with Pure Flix and The WTO Group, released the sequel to Unbroken (2014). Unbroken: Path to Redemption continues the remarkable story of American Olympian and war hero Louis “Louie” Zamperini. It is a story of hope and forgiveness.

The War’s Not Over

Unbroken: Path to Redemption picks up where Unbroken left off. Following World War II, Louie, played by Samuel Hunt, struggled with Post-Traumatic Stress Disorder, or PTSD. In order to cope with the nightmares brought on by the trauma and torture he endured, Louie began to drink heavily.

Just as his marriage was on the rocks, Louie’s wife Cynthia, played by Merritt Patterson, attended a Billy Graham tent revival. After she came to know Christ at the revival, she asked Louie to go.

“My mom forced him to go hear [Billy Graham]. She actually tricked him into going,” Louie’s son Luke told The Stream. “She goes, ‘Oh, you’ll like this guy, he talks about science.’ My dad was interested in science. So he went there. Not a word about science! So he left, he stormed out. He was angry and said, “Don’t ever take me to a place like that again.'”

But Louie did go back. After the second time he went, something Billy Graham said got through. Louie became a Christian. “It changed his life forever,” said Luke. (In the new film, Graham is played by his grandson Will Graham.)

It wasn’t until Louie experienced forgiveness himself that he was able to forgive his former captors. Once he gave his life to Christ, the nightmares ended.

Luke said the movie represents his father’s life well. “You would always have those concerns, but the movie did stay true to my father’s story. Both the original Unbroken and Unbroken: Path to Redemption started off with — it doesn’t say ‘based on a true story,’ it says ‘a true story.’ And it is. From what they could tell of it, they were telling the truth.”

Director Harold Cronk said that Louie’s life is a great example of redemption. “I think that his struggle in the camps was just crazy. Unbelievable. I remember watching the first film and it was hard to watch. It just went from bad to worse and from worse to terrible. And to see somebody go through that sort of torment and torture, who at the end of the day, finds his redemption at a Billy Graham tent revival is just miraculous. I think it’s just proof that God’s got a plan for our lives and sometimes those plans are going to be rough and there’s going to be challenges, but … there’s always hope.”

One of Graham’s favorite scenes in the movie is when Cynthia asks Louie to attend the tent revival. “He’s really wrestling with his demons and his wife says, ‘Louie, I want you to come,’ and he finally says, ‘Yes, dear.’ And it was that moment right there that he decided, ‘You know, I’m broken, I need help and I can’t fix it myself, I’m going to church.’ I love that part.”

The scene where Louie returns to meet with his former captors in Japan meant a lot to Luke. “For me, seeing my dad wade into the room of former prison guards and start forgiving them, shaking their hands and telling them, ‘It’s okay, it’s alright.’ That was a big moment for me.”

Luke’s father would’ve told other post-war vets who struggle with PTSD that there is hope. “He’d tell them that there’s healing in the work and person of Jesus Christ. He’d also tell them, ‘You need to talk about your experience, it helps. It helps to be able put it into words that which is going through your mind.’ …They need to learn how to forgive the people that have wronged them, they need to learn how to forgive themselves for what they may have done. His message would be ‘Talk about it, forgive those that have harmed you, come to faith in Jesus Christ.'”

Unbroken: Path to Redemption Interview With the Director and Producer

Faith and Forgiveness: An Interview With Will Graham and Luke Zamperini