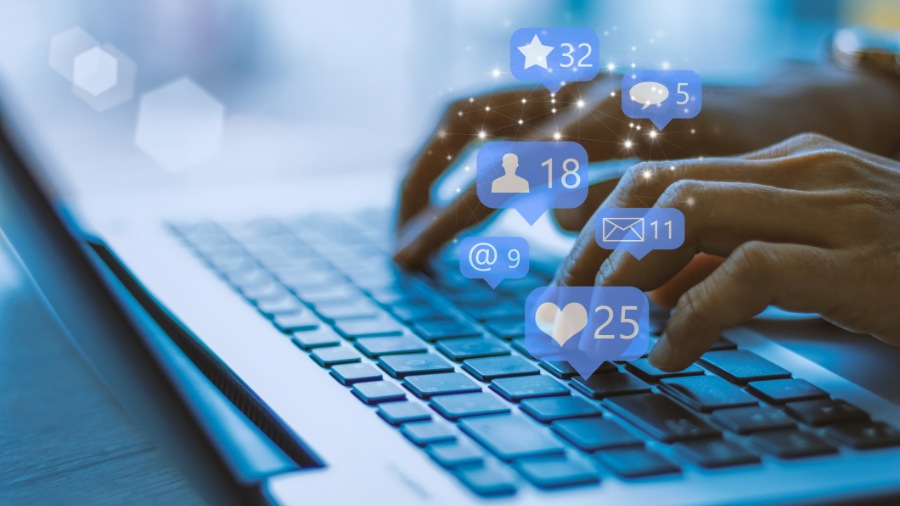 It was the morning of June 2. I opened Instagram to find black square after black square flooding my feed. That’s when I learned about “Blackout Tuesday,” a collective action protesting racism and police brutality. The initiative was so popular that before 9 a.m., I already felt like I was late to the game. More than that, I felt empathy —  but I also felt pressure. Without question or exception, my predisposition that morning was to show support for my hurting, fellow countrymen. Yet, something about posting a black square felt rushed.

Don’t get me wrong, I believe what happened to George Floyd should never happen, but I’m not sure my response to it had to fit into a black square on Instagram either.

I was still processing our nation’s recent events when I was confronted with the social media conundrum. If I posted, was I preemptively defending myself against misconstruals of what my silence would mean? But if that were my motive, was I just appeasing people, hoping they’d think better of me? If I didn’t post, would I be judged as calloused, oblivious, or apathetic to the heartbreaking events happening around me? That judgment would be slanderous. Even the thought of it was distressing.

My mind was under attack. I felt forced to make a choice pitting cheap, superficial appearances against a much more costly heart change, the kind of change no one would see, but which can’t be rushed. I was in a mental guerilla war, and I was unprepared for it.

Whether we want to acknowledge it or not, we are all engaged in an invisible war, a war for control of what — and how — we think. Media-induced “psy-ops” include the widespread tactics of broad-brushing, bandwagoning, public shaming, and societal peer pressure. And just like our other invisible war of 2020, this one’s viral too, and no one’s automatically immune to its contagion.

Geri Smith, a friend of mine, is a 25-year veteran of marriage and family therapy in Henderson, Nevada. Recently, she told me, “Societal peer pressure is an effective mental warfare tactic that can erode confidence and self-esteem through ‘guilt-tripping,’ lying, doxxing, cancellation, and call outs. These tactics can result in negative psychological effects like depression and suicidal thoughts, as well as cause PTSD, apathy, and paranoia. Currently, I am seeing higher cases of anxiety, depression, and people who are talking about suicide. Stress is at an all-time high as people wrestle with the deepening ideological schisms that exist in our society today.”

Similar to peer pressure, the bandwagon effect is another takeover activity that has gained popularity on social media platforms. Smith reports that the youth she counsels in her sessions spend a lot of energy worrying about whether their social media profiles show enough anger and protest. “If we see our peers consistently posting on a particular topic, we can feel we must get on the bandwagon,” Smith explains. “We fear that not to do so suggests (a) that we might not agree, or even worse, (b) that we don’t even care! We fear we might be alienated from our group.”

Opting out of certain societal bandwagons can have profound social consequences, including public shaming. Smith points out that public shaming for unpopular opinions can reduce a person’s morale and mental well-being. “Shame can cause us to capitulate on deeply-held core values and put us into ‘fight or flight’ mode because no one enjoys being the subject of constant harassment, so they tend to give in or surrender their stance.”

During times of mental harassment and turmoil, II Timothy 1:7 reminds us that “God gave us a spirit not of fear but of power and love and self-control.” We need to realize that today’s mental warfare tactics are aimed at manipulating our thoughts and intimidating us through fear. Fear of isolation. Fear of rejection. Fear of being ostracized or otherwise “cancelled.”

Perhaps we are fearing the wrong thing. I am speaking to fearing man over God. Proverbs 29:25 says, “Fear of man will prove to be a snare, but whoever trusts in the Lord is kept safe.” “Snare” also means “bait or lure.” This war’s endgame is to get you to take the bait. To jump on that bandwagon. Broad-brush humanity. Succumb to peer pressure. Allow shame to define you. Capitulate on your core values. Idolize what other people think of you.

We defeat much of the mental warfare when we fear God more than man, stand firm in our powerful God-given identity, love those who would try to intimidate us, and exercise self-control by rejecting urges to fire back when triggered. These practices strengthen soundness of mind, while ironically causing confusion and self-doubt to come upon the very ones who aimed and fired those weapons at us in the first place.

Intense mental assaults are here to stay, and they rage on for a winner-takes-all control of our thoughts. But let us never forget that we are not without our weapons either! We employ the truth that “the weapons of our warfare are not of the flesh but have divine power to destroy strongholds. We destroy arguments and every lofty opinion raised against the knowledge of God, and take every thought to obey Christ” (II Corinthians 10: 4,5).

‘We’re All in This Together’: A Therapist Talks Fear, Depression and Anxiety During Coronavirus