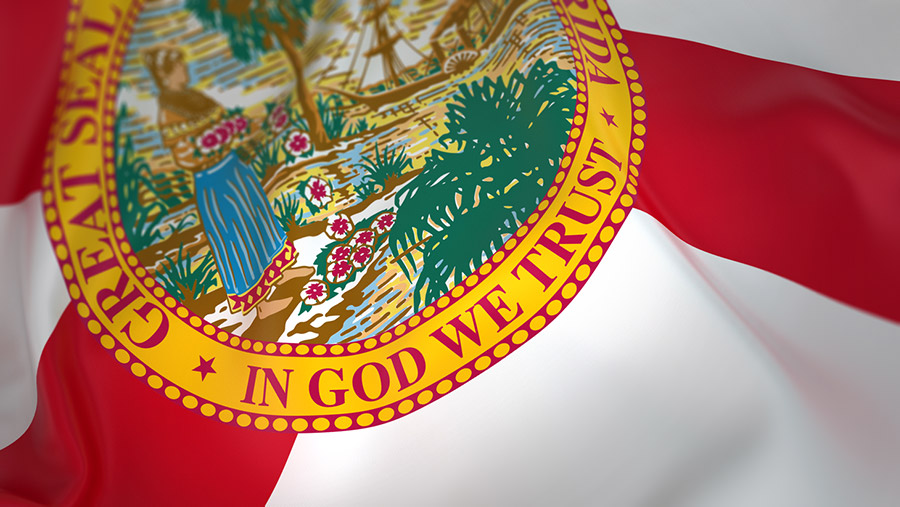 Students in every school in Florida this year will see new signs bearing the state motto “In God We Trust.”

Florida schools are now required to place the motto in a conspicuous place, reported the Orlando Sentinel. Although the phrase has been on Florida’s seal and state flag, it’s only been the state motto since 2006.

At least one district has already provided the signs. Kerry Padrick is St. Lucie Public School District’s chief communications officer. His said his district has provided all their schools with a front office poster “to meet the expectations of this statute.”

Gov. Rick Scott signed a bill in March that requires schools to prominently display the “In God We Trust” motto. It was also part of a private school voucher program under a bill he signed on August 12.

Support for the Bill

Rep. Kimberly Daniels, D-Jacksonville, runs a Christian ministry. She sponsored the bill. “This motto is inscribed on the halls of this great capitol and inked on our currency, and it should be displayed so that our children will be exposed and educated on this great motto, which is a part of this country’s foundation,” she said during debate on the bill. “Something so great should not be hidden.”

A Lake County pastor, Chris Walker, testified in Tallahassee for the bill. “This motto has been part of our history; it’s been part of our nation. The principles that we stand on, and our forefathers created, was In God We Trust.”

Three Values Have Led to America’s Greatness: The American Trinity