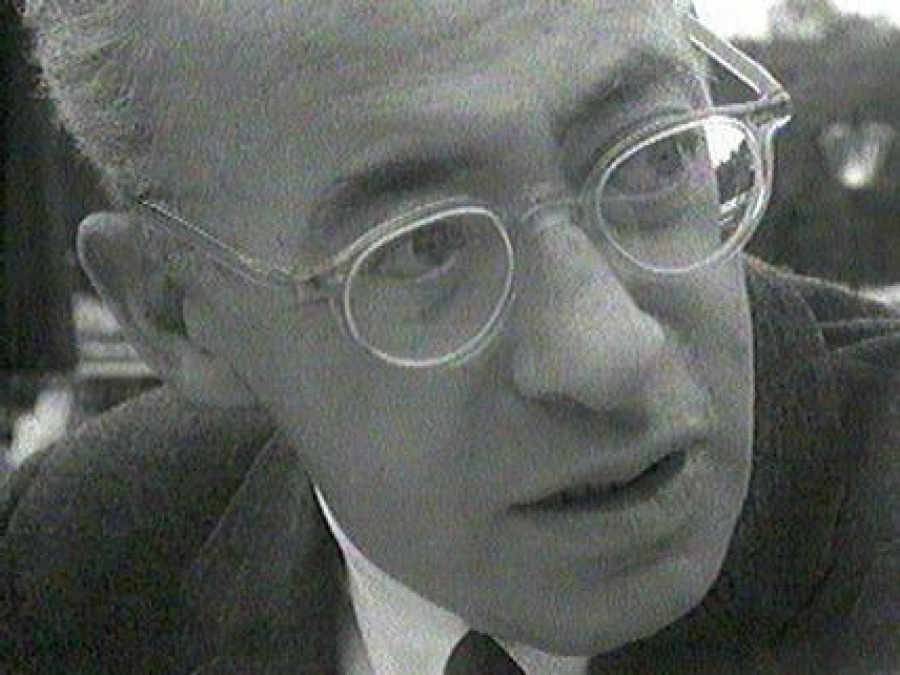 Those of you who heard Ben Carson’s speech at the Republican National Convention might have been alarmed to learn that Hillary Clinton’s political mentor, Saul Alinsky, dedicated his key book to “Lucifer,” as “the very first radical known to man who rebelled against the establishment and did it so effectively that he at least won his own kingdom.”

Clinton rejected Alinsky’s approach of working mainly outside the political system, but by all appearances she has long shared and served Alinsky’s revolutionary goals. Why should that concern us? The devil is in the details.

Now as Ralph Benko points out at Forbes, Alinsky wasn’t actually a Satanist. That dedication was made more in mischief than malice. But it isn’t wholly beside the point, either. Alinsky’s leftist-populist politics combined a utopian critique of inequality as an evil we can eradicate with a ruthless quest for raw power. (Sound familiar? See 70 years of Soviet history.)  And his political followers really will create a hell on earth if we let them.

Machiavelli in a Fedora

Alinsky was the socialist activist who invented “community organizing,” which gathered members of disaffected communities and taught them how to apply political pressure to achieve their demands. As Dinesh D’ Souza showed in his last film on Obama, and again in his new film on Hillary, it was Alinsky’s Rules for Radicals that helped turn an undergraduate Hillary Clinton from a conservative “Goldwater Girl” into a power-snuffling progressive.

Alana Goodman, of the Washington Free Beacon, documented Alinsky’s mentorship of the young Hillary Clinton, and summed up Alinky’s approach:

A self-proclaimed radical, Alinsky advocated guerrilla tactics and civil disobedience to correct what he saw as an institutionalized power gap in poor communities. His philosophy divided the world into “haves”— middle class and wealthy people — and “have nots” — the poor. He took an ends-justify-the-means approach to power and wealth redistribution, and developed the theoretical basis of “community organizing.”

Former Marxist-turned-patriot David Horowitz has a short book explaining in detail the divisive political strategies which Alinsky taught his followers. Here are six of his Rules for Radicals:

1.  “Politics is all about power relations, but to advance one’s power, one must couch ones’ positions in the language of morality.” For Alinsky, objective morality is irrelevant to politics, except as impressive rhetoric designed to hide what really matters: a struggle for the power to coerce and dominate our fellow men.

2.  “There are only three kinds of people in the world:  rich and powerful oppressors, the poor and disenfranchised oppressed, and the middle-class whose apathy perpetuates the status quo.” Here Alinsky accepts and perpetuates Karl Marx’s ideology of envy that demonizes people for working hard, succeeding, and saving their money to invest in job-creating businesses. Plug in “Jews” for “the rich” and this could pass for Nazi rhetoric. (Well they were socialists too!)

3.  “Change is brought about through relentless agitation and ‘trouble making’ of a kind that radically disrupts society as it is.” Alinsky doesn’t bother asking whether the “change” sought is proportionate all the turmoil created by such disruption, or to think about how fragile “society” might turn out to be, and the damage inflicted by social chaos on our most vulnerable citizens. (Think of the price paid by poor single mothers for the Sexual Revolution.)

4.  “There can be no conversation between the organizer and his opponents.  The latter must be depicted as being evil.” So instead of seeing them as fellow-citizens who differ over policy, we must slander our opponents and try to destroy them. No wonder faithful Christians are constantly fighting off groundless charges of fascist sympathies.

5.  “The organizer can never focus on just a single issue.  He must move inexhaustibly from one issue to the next.” In other words, never give people time to adjust to the relentless change you’re bullying them into making; keep prodding them forward like prisoners in a gulag being marched to their next menial task. (Gay marriage — check! Next month, let’s demand “transgender” bathrooms.)

6.  “Taunt one’s opponents to the point that they label you a ‘dangerous enemy’ of ‘the establishment.'” Instead of seeking common ground in shared rational premises, Alinsky urges activists to bring out the worst in their opponents, so that reasonable compromise becomes impossible and the knives come out. Lenin couldn’t have said it any better.

Alinsky engaged in outreach to other idealists. Churchmen with little understanding of economics but high-minded visions of “change” have been boosters of the rabidly secular Alinksy and his methods. As Benko notes in his Forbes article, Alinsky maintained a decades-long correspondence with Catholic philosopher Jacques Maritain, whose lucid Thomistic thinking was sometimes marred by a daft optimism about fallen human nature, an outlook that aligned him politically most of the time with the Church’s leftist enemies.

As George Neumayr and Phyllis Schlafly show in their book No Higher Power: Obama’s War on Religious Freedom:

In the 1980s, the Catholic archdiocese of Chicago contributed to the training of Obama in the very Alinskyite radicalism that would culminate in such anti-religious measures as the HHS mandate [requiring the Little Sisters of the Poor to pay for contraceptive and abortifacient drugs]. In fact, in the course of writing this book, we met a source who once had access to copies of documents from the archives of the Chicago archdiocese. This source supplied us with never-before-published copies of invoices, checks and letters that confirm the Church’s support for the man who would one day seek to destroy its religious freedom. … In a series of appendices, we have reproduced the check and invoice showing that the archdiocese of Chicago paid for Obama’s plane trip to a conference in Los Angeles run by the Industrial Areas Foundation, the community organizing group founded by Alinsky.

Alinsky had always targeted churches for radical infiltration, and to a certain degree he succeeded. The Catholic Campaign for Human Development (CCHD) was the Alinskyite branch of the United States Conference of Catholic Bishops which had offices in dioceses across the country. It was founded in 1969 by priests and bishops close to Saul Alinsky, such as Monsignor John Egan, who sat on Alinsky’s Industrial Areas Foundation board. The group was originally called the Campaign for Human Development, with “Catholic” added later as its socialist work began to draw criticism.

Given how successful two of Alinsky’s disciples, Obama and Clinton, have proved at gaining power for their project of “fundamentally transforming” America, it might behoove conservatives to learn about his methods. We can’t follow any of the six rules already listed, since they are simply wicked. But there are many other leftist political techniques that are morally neutral, and simply effective, which we could learn and put to use.

Happily, a book already exists by a former Communist-turned-Catholic, Douglas Hyde, who mined the tactics and strategies of successful Marxist organizers, and filtered out the evil. Called Dedication and Leadership Techniques, it’s the favorite political tactics manual of the great conservative activist Morton Blackwell, and you won’t find a better guidebook to fighting for freedom and genuine justice, while turning the left’s own tactics back against them.

But apart from learning whatever is useful, and not also evil, in Alinsky, we must remember the key point which Ben Carson was making: A young Hillary Rodham read Alinsky’s corrosive, cynical book and found it inspiring, even transformative. It turned her from a Methodist libertarian into a lifelong radical activist, as we know from the fan letters she sent him while still a college student. He answered them with words of career guidance and warm encouragement. His investment in Rodham paid off. We will find out in November just how well.

Liberals Look Down at People. Conservatives Look Up to Them.