Highlights: Now Bringing the LGBT Agenda to Your Child

Those of us with small children now must protect them from what once was a wholesome children's magazine. 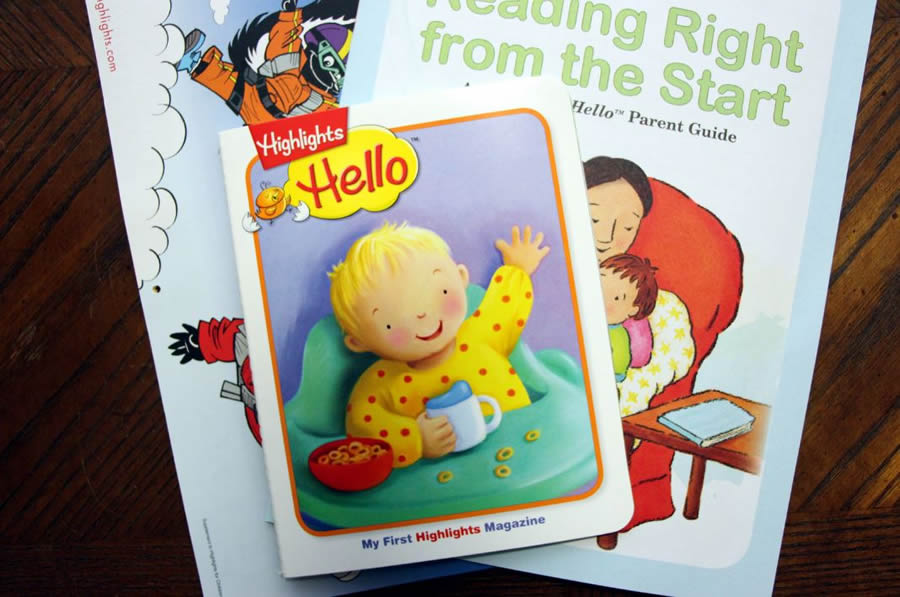 I grew up in a quiet and isolated environment in the woods of East Texas. I was home-schooled and home-churched. We didn’t have a television or radio. When my sisters and I received a Highlights magazine in the mailbox, it was a good day. We’d take turns reading the magazine, then read it all over again.

Now that I have children of my own, one of whom is only 2 years old, I look forward to reading all of the fun kids’ books and magazines again. I was happy to discover that Highlights — a magazine geared toward children from 6 to 12 years old — now offers a book called Hello for the littlest ones ages 0 to 2. I was excited when my son’s grandmother bought a subscription to it for him.

A lesbian mother complained to the magazine in October about Hello’s lack of same-sex parents within stories (remember, geared toward 0 to 2 year olds!). Highlights responded on Facebook with:

We couldn’t agree more that diversity should be celebrated, and we strive to do that. … It has always been a discussion of ‘how’ and ‘when’ — not ‘if’ — Highlights would feature a LGBTQ family in our magazines.

Last month The American Conservative published a letter from Highlights in which the Editor in Chief Christine French Cully assured one subscriber that Highlights would “depict same-sex families in our magazines in a manner consistent to the way all diverse families are depicted.” She said all the company’s magazines

strive to be diverse in every way. The goal, however, is not to specifically call attention to diversity but instead to help kids understand that while differences exist, we are all actually more alike than different. … This is in support of our mission to help children become their best selves and understand that all families, including theirs, are important.

For a relatively few (about 125,000 families with same-sex parents out of 70 million households raising children), a once-clean, conservative and wholesome magazine will offend many of its readers.

Sadly, this is not simply an issue about same-sex parents wanting to normalize their household situation for the sake of their little ones. It’s much bigger than that. It’s about the total indoctrination of our youth with values contrary to those held by Christians, beginning with our babies.

Indoctrinating the youngest among us is the surest way to change the world. The LGBT activists — and a handful of representative parents — seem quite intent on doing so.

Homosexuality is a subject that must be left up to parental discretion to discuss at a time and place they believe is most appropriate, not as a story line in a children’s magazine.

Speaking as a concerned parent, same-sex orientation as a topic is completely inappropriate for my two-year-old. It goes against my core values and Christian beliefs and is not a subject that should be discussed in reading material for such small children.

Simply because one LGBT parent wishes to see her family’s lifestyle in a book for her infant or small child (as nice as that may be for her) does not make it morally or socially acceptable, regardless of what Highlights’ editor in chief believes. It is mind-boggling how for such few families Highlights is willing to change their wholesome model.

A same-sex family cannot be described as “normal” or natural or healthy. Children of same-sex parents are twice as likely to suffer from depression and at greater risk for abuse, suicide, anxiety, stigma and obesity. Children are most likely to succeed when they grow up with a mother and a father.

It’s not something that a magazine should be pushing on very small children. I should not be forced to discuss an immoral lifestyle with our infants and small children if I want them to enjoy Hello or Highlights. This is a subject that must be left up to parents to discuss at a time and place they believe is most appropriate for their children, not imposed as a story line in a children’s magazine for two year olds.

When Arthur and My Little Pony Turn Bad