Now That the Election’s Over: Remember, He’s Not a Libtard. And She’s Not a Homophobe. 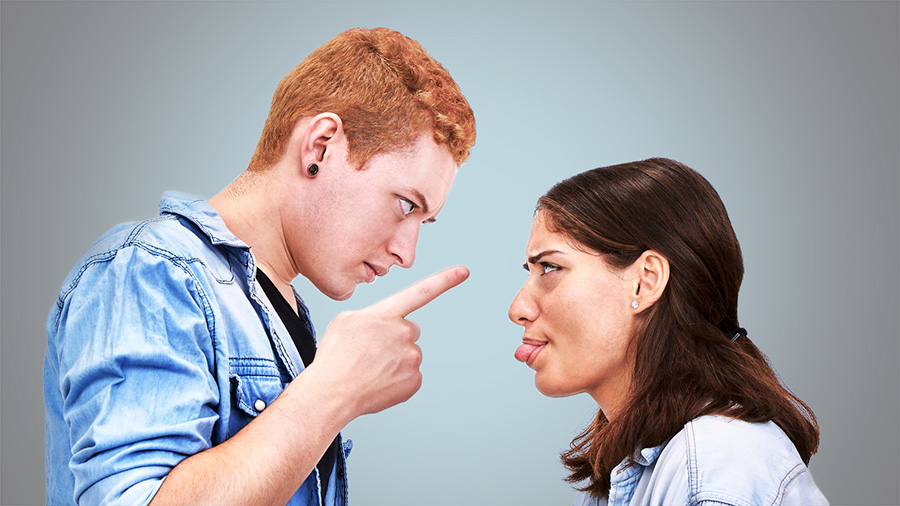 Several weeks ago, a Facebook friend posted a comment about the use of the word “libtard.” She rightly said we shouldn’t call names, even in a passionate political debate — particularly names that denigrate certain groups.

She went on to say that, in her experience, that sort of name calling came mostly from conservatives. She couldn’t think of an equivalent term progressives wielded in the opposite direction.

I was quick to respond, not because I disagreed with her point, but because I knew exactly the equivalent term progressives used against conservatives. The “-phobe” words. Like “homophobia” and “Islamaphobia.”

My friend agreed with the comparison, and this happy accord between a progressive and a conservative made me wonder if we all weren’t missing something here. Namely, that name calling gets us nowhere.

It should be obvious, shouldn’t it? We stopped doing this when we left the schoolyard — we thought. But we see it all the time on Facebook posts, and blog comments, and political and cultural and religious debates. Some of the most-read pundits in the land call their opponents names. Defend marriage? You homophobe! Worry about Muslim terrorists? You Islamaphobe!

For a start, it doesn’t accomplish anything. It doesn’t advance the argument, because it has nothing to do with the argument. People who already agree with us may whisper a silent “Go get ’em!” People who disagree are likely to hurl some insult back. But no one is convinced of anything, because convincing is not what name-calling is about.

And that’s because the names often don’t mean anything. Libtard is particularly odious, because it uses a form of a word that shouldn’t be used anyway, to say what? That liberals are mentally deficient? In what way, exactly? In connection with what issue?

The wielders of the “phobes” do the same thing. Whatever the “phobia,” they suggest that people who disagree with them are somehow out of their mind —possessed by a psychological disorder that creates an irrational fear or hatred.

None of these terms reference real conditions. They are all about making the speaker and the folks who think like him feel superior — more clever, or compassionate, or open-minded, or orthodox, or whatever. Not because he has won any arguments, but because he made his opponents look small.

And that’s the next problem. Name-calling is intentionally personal. If I can demonize my opponents, the thinking goes, I can win others to my point of view because they won’t want to be lumped into that demonized group.

To be fair, this approach can work. People call each other names because it sometimes works really well. But consider the cost.

But there is one more problem with this specific form of name-calling. The use of these terms minimizes the suffering of people who actually have disabilities and psychological problems. Why should their real and difficult conditions be used as weapons in our war of words?

Name-calling dehumanizes the opposition. Interestingly, Jesus himself had some things to say about that.

In Matthew, chapter five, he talks about murder, and then goes on to suggest that anger against a brother is just as bad. And more than that, insulting a brother, calling him a fool, is just the same as murdering him. Jesus uses a specific Aramaic word as an example. The word raca. And what does raca mean? Blockhead. Imbecile. Foolish. Not a million miles from Libtard or Homophobe, is it?

And then there’s the Golden Rule. Jesus says: Talk to others the way you want everyone else to talk to you. You don’t want to be called a “libtard”? Don’t call someone a “homophobe.” And vice versa.

The Problem with Saying You’re ‘Anti-Abortion’: It Could Cost Unborn Children Their Lives