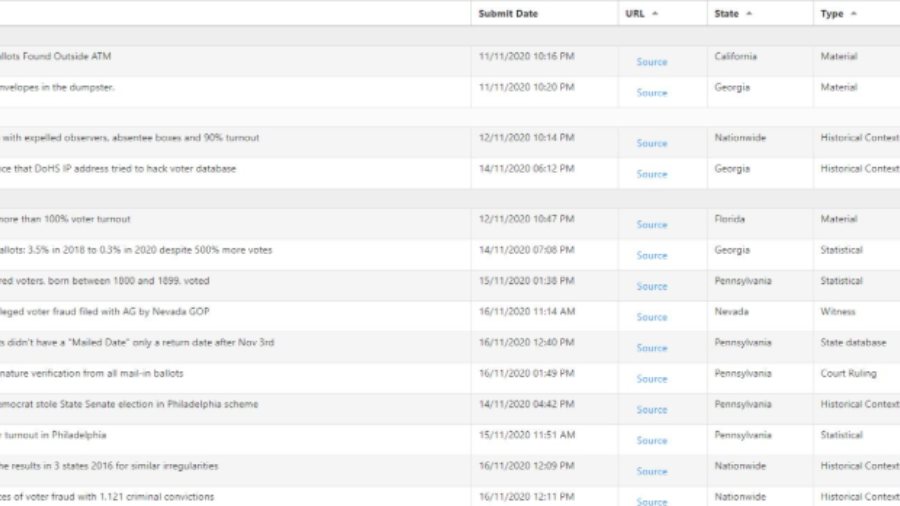 “Whoever walks in integrity walks securely, but whoever takes crooked paths will be found out.” (Proverbs 10:9)

If I had a dime for every time I’ve heard in the past two weeks that there is “no evidence” of fraud in the 2020 Election — that accusations of fraud are “baseless” — I could buy my own multimillion-dollar beach house in Rehoboth Beach, Delaware.

If I had another dime for every time I heard this from the same people who told us Trump colluded with Russia to steal the 2016 election, I could buy a yacht to cruise right up to that beach house.

Thankfully, there is now a website that is aggregating the publicly available evidence of fraud in the 2020 Presidential Election. It’s called HereIsTheEvidence.com.

What’s helpful is the aggregators are only looking for evidence that would be admissible in a court. And they include the links to a source for each story so you can do your own research. Do your own thinking.

Boy, do they hate you doing your own thinking.

I ask that you check it out, send the link around, particularly to your friends who only pay attention to the mainstream media and have absolutely no idea the vast and growing number of oddities and sworn allegations that are out there.

It’s also a good idea to copy the source links. As we have seen in the past two weeks, Big Tech has been desperate to shut down voices that are trying to get word out. This website could quickly be targeted for de-platforming or denial of service attacks, hacks and the like.

This is not about Donald Trump. This is about integrity. It is about ensuring a free and fair election. Ours is supposed to be a government of the people, by the people and for the people. Preserving that government requires “we, the people,” to rise. To make our fellow citizens aware.

This tool will help in that fight.