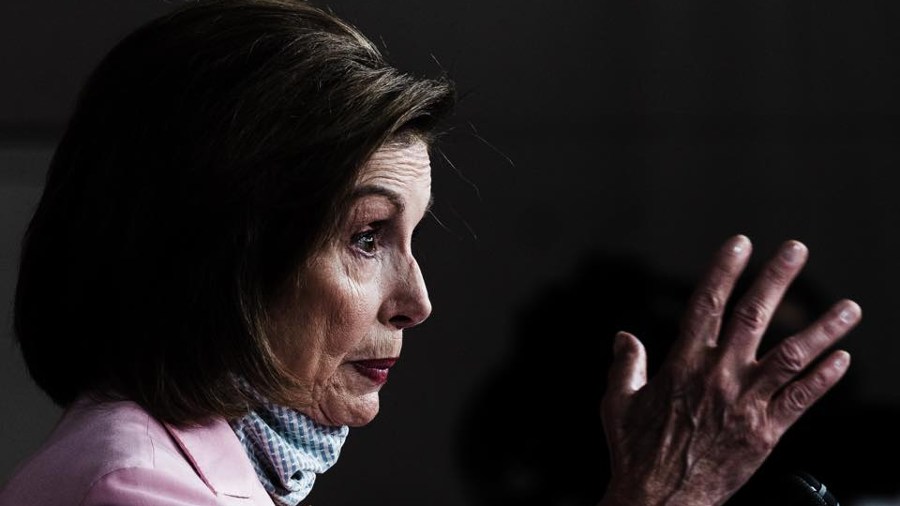 With the Supreme Court decision to overturn the unlimited abortion “rights,” it’s all hands on deck for the pro-abortion organizations, activists, and politicians. And with that, a question occurs to me: Is House Speaker Nancy Pelosi in danger of going to Hell for her rabid support of abortion on demand?

Obviously there are other politicians who assert Catholic and Christian identities who are also abortion boosters, but Speaker Pelosi has become a case in point since her bishop, Archbishop Salvatore Cordileone banned her from the Eucharist out of concern for “the grave evil she is perpetrating, the scandal she is causing, and the danger to her own soul.”

Universalism Has Invaded the Church

Is her soul in danger of judgment and Hell?

Along with the moral relativism that is in the air we breathe, universalism has once again invaded the Church.

Support for the wholesale slaughter of innocents in the womb and failure to warn supporters of the danger can cause eternal problems — whether we like it or not.

Universalism is, according to professor of philosophy and ethics, Michael McClymond, author of The Devil’s Redemption: A New History and Interpretation of Christian Universalism, “the doctrine that all human beings — and perhaps all intelligent or volitional beings — will come to final salvation and spend an eternity in heaven with God.”

It is the belief that everyone — good, bad, indifferent; believer, skeptic, atheist; Christian, Buddhist, Satanist; St. Francis, Hitler, Pelosi — everyone goes to heaven. Some believe that even Satan will join the happy throng.

And while some theories of universalism include temporal punishment — Purgatory, not Hell — other theories simply promise post-death happiness for all.

McClymond comments that it’s no surprise that universalism has made a comeback.

Universalism isn’t just a theological mistake. It’s also a symptom of deeper problems. In a culture characterized by moralistic therapeutic deism, universalism fits the age we inhabit. As I argue in the book, universalism is the opiate of the theologians. It’s the way we would want the world to be. Some imagine that a more loving and less judgmental church would be better positioned to win new adherents.

If universalism is true, the idea that Speaker Pelosi and other pro-abortion politicians could find themselves under God’s judgment and condemnation is ridiculous. The world is not that morally serious. And church discipline of the sort Archbishop Cordileone imposed is way past its sell-by date.

The world today demands a peppier, happier, more pleasing and positive God who gives everybody a trophy for participation — regardless of the moral content of that participation. No one is condemned (and, of course, no one is evangelized).

We should distinguish between wishing for something and expecting it. There are any number of things I might wish for that I would not expect to occur — for instance, that there might be no violence on earth in the coming year. Yet the biblical virtue of hope involves not only wishing but expecting something — even confidently expecting something — on the basis of God’s promise.

“And if your hand or your foot causes you to sin,” Jesus declared in Matthew 18:8, “cut it off and throw it from you; it is better for you to enter life maimed or lame than with two hands or two feet to be thrown into the eternal fire.” Note the warning of “eternal fire.”

“I tell you, my friends,” He said, “do not fear those who kill the body, and after that have no more that they can do. But I will warn you whom to fear: fear him who, after he has killed, has power to cast into hell; yes, I tell you, fear him!” (Luke 12:4).

If Jesus is correct, the world is a morally serious place where our thoughts, words, and actions will be judged. Thus support for the wholesale slaughter of innocents in the womb and failure to warn supporters of the danger can cause eternal problems — whether we like it or not.

So is that true or false?

In his “Meditations on Christian Doctrine,” St. John Henry Newman summed up our contemporary situation nicely,

But man, who is the guilty one, calls [sin] by soft names. He explains it away. The world laughs at it, and is indulgent to it; and, as to its deserving eternal punishment, it rises up indignantly at the idea, and rather than admit it, would deny the God who has said it does. The world thinks sin the same sort of imperfection as impropriety, or want of taste or infirmity.

Then he adds “O my soul, consider carefully the great difference between the views of sin taken by Almighty God and the world! Which of the two views do you mean to believe?”

It’s a question for all of us.