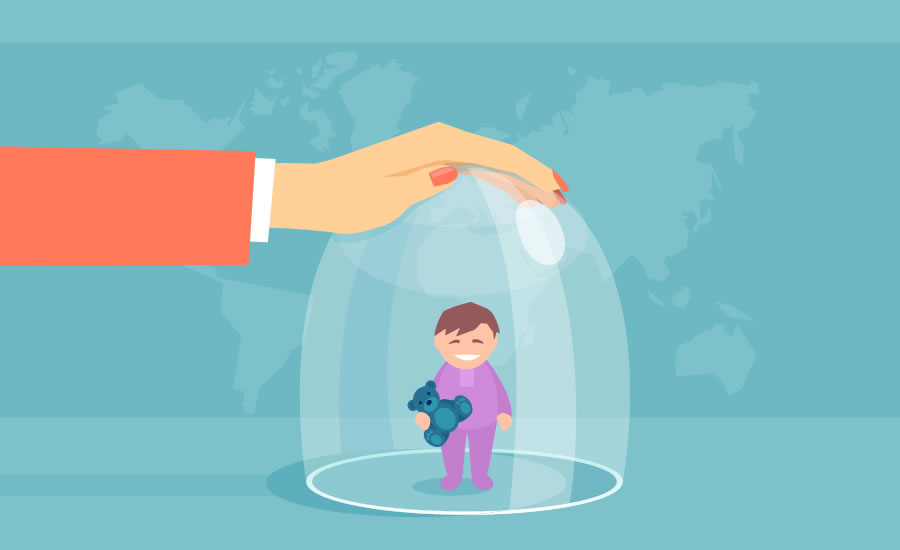 A ton of ink has been spilled on helicopter parenting. It’s a good thing, because there’s now a growing consensus:

Letting go is good for them.

We’re holding back our kids by not giving them enough independence. We do too much for our kids. We prevent them from developing the abilities and decision-making skills that we learned at their age through trial and error. We’re too fearful about what could go wrong.

Hard knocks can be good.

When our children blow it, we too often run to their rescue, rather than allowing them to reap what they sow. In doing so we short-circuit the learning process. The Psalmist wrote, “Before I was afflicted I went astray, but now I obey your word” (Psalm 119:67). Sounds like the school of hard knocks was just what he needed. What’s learned there is not soon forgotten. But if we shield our kids from negative consequences that flow from their mistakes, or from the normal ups-and-downs of life, the pain is never allowed to do its work. Meaning these priceless lessons aren’t learned until later in life, and usually at a greater cost.

Emotional resilience is forged through adversity.

Today’s college students report greater levels of anxiety than previous generations. There are various factors at play. Addiction to electronic gadgets and social media lead to a shortened attention span, a fear of missing out (FOMO, as it’s called), and in extreme cases, sleep deprivation. But a larger factor, I think, is not being accustomed to the normal challenges of adult life. They’re not familiar with tackling challenges on their own because their parents and others have done things for them or made choices for them.

Even when they’re living on their own for the first time, away at college, Mom and Dad are never more than a text away. Think of the cell phone as an electronic umbilical cord—great for bonding, but a bit confining. We serve our kids more in the long run if we create the space they need to navigate the waters on their own, with us in the background to help them process their choices and opportunities.

Yes, we should shield them from the really big dangers and from missteps that would have long-term or severely negative repercussions. But there’s no short cut to developing emotional resilience. You learn to get up again by getting knocked down. We need to give them opportunities to develop this internal fortitude in their early teen years so that they’re stronger by the time they start college.

Christian Parents are Not Immune.

Christian parents love their kids. But if we’re not careful that love can make us more likely to needlessly shield our children from perceived threats. Or limit their decision-making opportunities out of fear that they’ll irreversibly mess up. Or needlessly make decisions for them even into their college years, sending the subtle message that they’re incapable of independence.

I had an odd experience at church some time ago. A couple was visiting with their 20-year-old son. They introduced me to their son, who had begun attending a nearby university several months prior. But this son had never attended our church — which is relevant for what happened next.

After the service, the father tracked me down. With his son standing quietly next to him, Dad asked a series of questions about our church. Questions about the mid-week programs and ways his son might get involved. I did my best to answer his questions. It was only after we’d parted ways that I reflected on the odd fact that this conversation was about the man’s son, who was standing right there, and yet this son wasn’t included in the conversation. I share the blame for that. The son looked a bit bashful about the whole thing, truth be told. The church assessment thing seemed to be more of Dad’s project than his.

Maybe I misread it. Maybe the son already had a church. Or it could he was only visiting our church because his folks were in town. Don’t know. But finding a church is something that can be discussed before a child leaves for college. It’s better not to wait until your kid’s been out of the home for three months.

How Not to Helicopter

How? Convey the importance of church attendance for spiritual health. (I’m assuming your family is already modeling it.) Talk to them about how to find a church: what to look for on a website, how to sample the teaching (sermons are normally available), and not to expect perfection, or everything done exactly as it is at their home church. Also, how to find other Christians at their college (Christian campus groups at secular colleges, residence life leaders/mentors at Christian colleges).

There are practical considerations like proximity and transportation. Attending with friends is a great idea, not just for the social benefits, but because the built-in accountability means you’re more likely to keep attending. But mainly it’s about making it a habit, and early, because it’s harder to cultivate once you get out of practice. Also, deciding in advance. Not late on a Saturday night when sleeping in the next day will seem awfully inviting.

Once your kids are living on their own, there’s little hope of controlling how they spend their time. But no control doesn’t mean no influence. If they know you love them, and if they believe you have their best interest in mind, then you have tremendous influence. Use it to build into their life by coaching them, not micro-managing. Coach with a view to releasing them and seeing them flourish on their own. “I have no greater joy than to hear that my children are walking in the truth” (3 John 4).