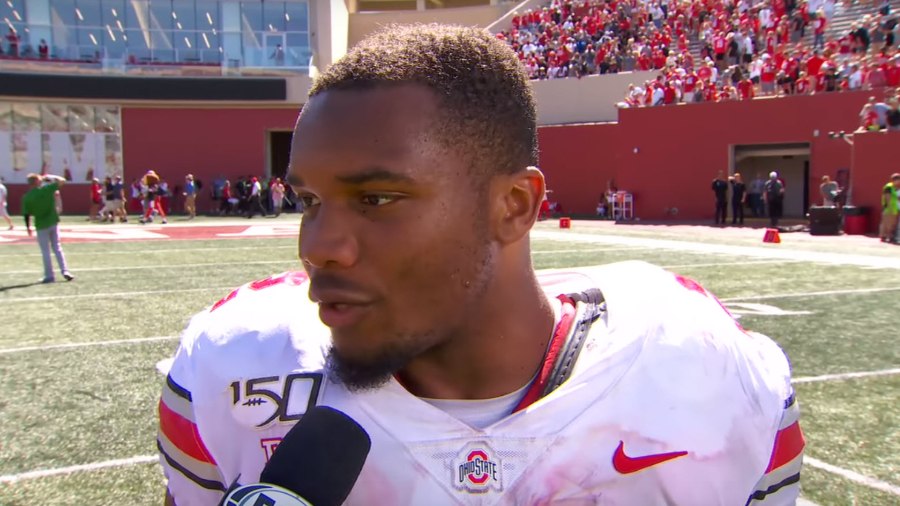 Twenty-year-old running back for the Ohio State Buckeyes J. K. Dobbins is known to his mother as a “Miracle Baby.” He had a “standout performance” on Saturday’s game against the Michigan Wolverines, according to USA Today Sports. He had 31 carries for 211 yards, plus four touchdowns and two catches for 49 yards. But that’s not what makes him a miracle. Two decades ago, Dobbins’ mom went to the doctor for an abortion but ended up walking out. She chose life. Now the baby that almost wasn’t is a Heisman Trophy candidate.

FOX Sports announcer Gus Johnson on Saturday told the audience that Dobbins’ mom, Mya, became pregnant at 18 years old. “She went to the doctor because she was thinking about aborting the baby, but changed her mind. That baby turned out to be that young man, J. K. Dobbins, who she calls her ‘miracle baby.'” Watch:

Wow! A @CFBONFOX football announcer just shared that the mother of star @OhioState player, @Jkdobbins22, walked out of an abortion facility & rejected abortion after becoming pregnant at 18.

“The baby turned out to be that young man… who she calls her ‘miracle baby.'”

SportsCenter tweeted “No. 2 becomes No. 2 all-time in career rushing yards in Ohio State history,” referring to Dobbins’ jersey number. Dobbins retweeted the stats, along with the simple statement, “All Glory to God.”

In an article on The Stream called We Believed God, Rachel Knight told how she felt a great burden to pray for the unborn, that their mothers would choose life. Dobbins’ mom did. Whose prayers 20 years ago saved Dobbins’ life? And whose prayers today for the unborn will save a future star?