Heart-Stopper: Why Are So Many Young, Healthy Male Athletes Collapsing Worldwide? 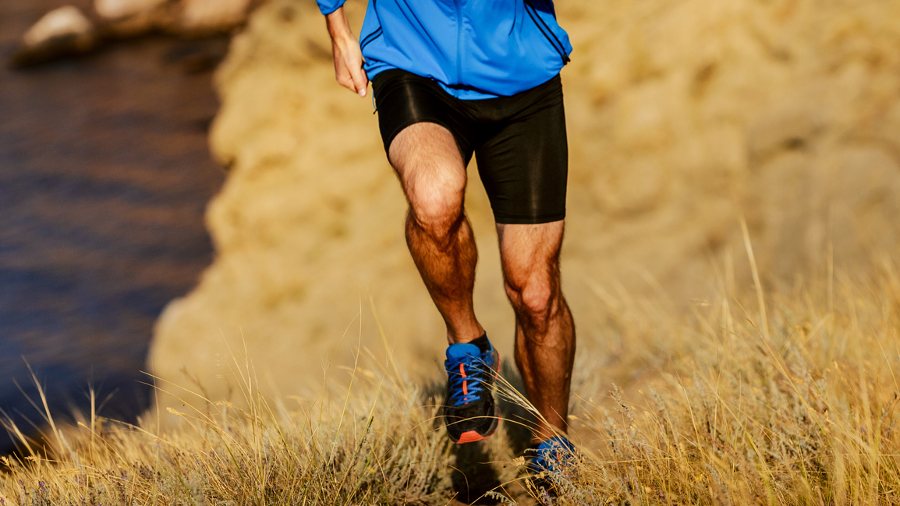 By Annemarie McLean Published on December 9, 2022 •

No, it’s not normal for this many young, healthy male athletes to collapse on the field, in the gym, on the court or in the ring. It’s not normal for a population so often admired as the gold standard for optimal health to drop dead on the spot when exercising. In fact, there’s nothing “normal” about it.

The much-too-frequent stories are heartbreaking. Buffalo Bills’ safety Damar Hamlin suffered a cardiac arrest after a collision with Cincinnati Bengals’ Tee Higgins during the first quarter of a televised Monday Night Football game and was given CPR on the field for nine minutes. He is recovering in ICU. A 17-year-old high school golfer found lifeless on the floorboard of a golf cart on the sixth hole while practicing for an upcoming tournament. A 20-year-old hockey team captain collapses unexpectedly during intermission at a game and cannot be revived. A high school senior athlete drops on the field during flag football practice and never gets up. These saddening reports are recently in the news and the athletes’ cause of death has yet to be released.

With much of the acute phase of the pandemic in the rearview mirror, it’s time to find answers to hard, uncomfortable questions no one wants to ask. It’s a matter of life and death.

Still, these accounts follow a disturbing trend unfolding across the world, representing a much greater trove of similar stories heaped up behind them in about two years. The details trickle in from all over the world: India, Italy, Colombia, Spain and Belgium, to name a few. They follow a pattern woven with the same black thread of cardiovascular failure: Healthy young male wakes up, straps on his athletic shoes, goes out for practice or competition like any other day, and then suddenly, without warning, collapses, oftentimes not living to see another day.

Blow a Whistle and Call ‘Time-out’

In the grief, pain and anguish these episodes wreak on the communities and lives of friends and family of affected athletes, questions of “why” and “how” get pushed off until later. But the glaring anomalies are so far from the norm that finding explanations cannot and should not be pushed off forever. Obviously, their accounts are built-in compelling case studies with significant and far-reaching implications that could save the lives of other athletes on a global scale.

Fast-forward to the present day. According to data collected by Good Sciencing, in about 23 months, there have been over 1600 reports (and growing) of athletes suffering cardiac arrests. Of all of these, 1114 died. Sadly, that’s almost 70% of all reports. Comparing the Lausanne study against data collected between January 2021 and April 2022, the monthly average number of athlete deaths worldwide is 1,700% higher than the monthly average between 1966 and 2004. The number of deaths in one month alone — March 2022 — is three times higher than the previous annual average.

This Elephant Has a Name

It doesn’t take a data analyst to make an educated assessment of what changed since sudden deaths among athletes worldwide took a sharp upward turn: the widespread distribution of the experimental COVID-19 mRNA “vaccine” in early 2021.

One of those athletes that did “not do well with the vaccine” was 27-year-old Japanese baseball star Yūsuke Kinoshita. He suffered a heart attack and died just eight days after the first dose of his COVID shot. In another popular sport worldwide — soccer — a series of heart attacks plagued elite professionals in Europe, to which officials quickly downplayed any connection to COVID or in their minds, worse than that: COVID-19 vaccines.

Sports officials weren’t the only ones downplaying the connection of cardiovascular adverse events to the COVID shot. The Centers for Disease Control (CDC) has repeatedly mitigated the risks associated with mRNA vaccination, including myocarditis (inflammation of the heart), pushing for mass vaccination across all demographics, including those with an overwhelmingly low risk for serious disease, hospitalization or death. Our young, healthy male athletes reside in this demographic.

When the American Heart Association (AHA) published a study last fall reporting cardiac test results in patients receiving mRNA vaccines, it concluded that “mRNA vacs dramatically increase inflammation on the endothelium and T cell infiltration of cardiac muscle and may account for the observations of increased thrombosis, cardiomyopathy, and other vascular events following vaccination.” The study’s conclusions would later be partially walked back after further scrutiny for lack of a control group.

Nevertheless, the alarming numerical rise in inflammatory cardiac markers reported in the study is validation enough to stop the trajectory of future COVID vaccination campaigns. These findings beg for further research to be done, research that sheds light on cause, not just correlation of these deadly adverse events.

In March, Dr. Marty Makary, a professor at Johns Hopkins University, wrote to the CDC informing them that it was their duty to rigorously “study the risks of vaccine-induced myocarditis.” His words hold more weight now than ever, given that myocarditis post-vaccination continues to persist.

Reports presented to the CDC’s Advisory Committee on Immunization Practices on September 1, 2022, convey that post-COVID-19 vaccine-induced heart inflammation among young males has risen. If you’re a 12-to-15-year-old male, you’re staring down a 1 in 6,600 chance of myocarditis post-vaccination. That ratio is not much better for 16-to 17-year-old males, which is 1 in 7,262.

A new study out of Israel backs up this data. Its findings support higher estimates of post-vax myocarditis: 11 per 100,000 boys/men 16-29 after vaccination. According to Dr. Makary, the study methodology is more accurate than the oft-employed VAERS (Vaccine Adverse Events Recording System).

Here is where the connection to sudden death in athletes comes in. According to Dr. Joseph Mercola, an osteopathic physician and best-selling author, “Underlying factors for SADS [Sudden Arrythmia (or Adult) Death Syndrome] include undiagnosed myocarditis, inflammatory conditions and other conditions that cause irregularities in the electrical system of the heart, thereby triggering cardiac arrest.”

By Infection or Injection

Plausible reasons for the recent uptick in cardiac-related health emergencies do not point solely to the rollout of mRNA vaccines. Besides myocarditis, other grave adverse events are literally coagulating in the blood and are the result of COVID infections, long COVID and the vaccine themselves.

A population-wide cohort study of 48 million adults in England and Wales published by the American Heart Association show that people who had a COVID infection were at a higher risk of developing dangerous blood clots up to a year later. Another October 2022 pre-print study indicates that Long COVID also contributes microclotting for months after the initial infection. These microclots can result from plasma activation by COVID’s spike protein. It’s the spike protein in the infection and the vaccine that is proving harmful to the human body.

It’s time to face the music about vaccine-generated spike protein toxicity and halt mandatory vaccination for young, healthy populations that would otherwise fully recover from COVID-19. This includes young, healthy male athletes. Australia gets it and other nations need to “get it” as well. The Australian government recently admitted that for males aged 16-40 years, “it is uncertain whether the risk following COVID-19 remains higher than the risk following vaccination.” The Land Down Under is not authorizing a fourth booster shot for Australians under 30.

Is it too little, too late? Would the world still have young, healthy athletes with us if not for mandatory vaccine mandates? Or would these athletes have gotten myocarditis and other related vascular issues from COVID itself? With much of the acute phase of the pandemic in the rearview mirror, it’s time to find answers to hard, uncomfortable questions no one wants to ask. It’s a matter of life and death.

Annemarie McLean is a writer for Liberty Counsel, a nationwide public interest civil liberties law firm committed to restoring the culture, advancing religious freedom, protecting the unborn, and strengthening the family. In 2012, she founded 3D Missions, an international outreach taking the Gospel to the nations through the performing arts, and co-founded Brave & Beautiful, a platform empowering young women to live, love and lead courageously. She holds a journalism degree from Oral Roberts University, with post-graduate work in organizational leadership at Palm Beach Atlantic University.