He Shot Up His High School and Held Teachers Hostage. Now He Knows the Answer 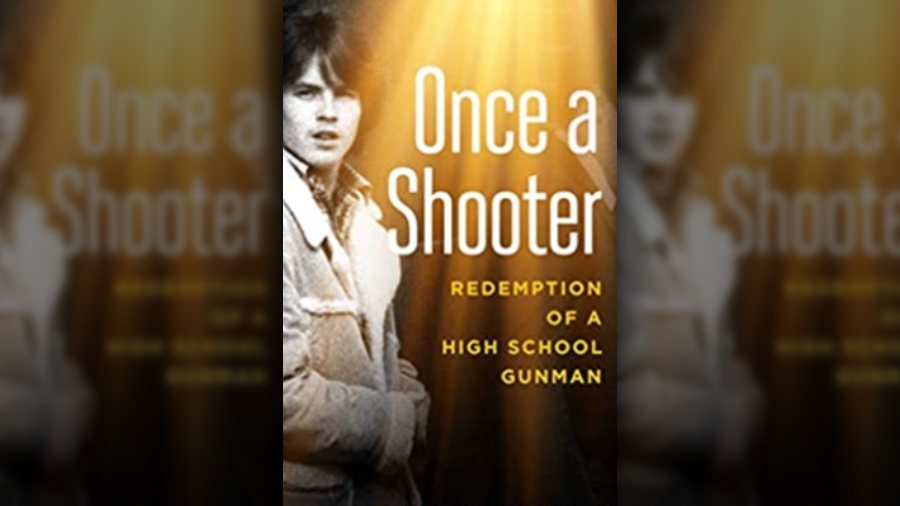 “You guys just don’t get it!” TJ Stevens screamed at the TV, after the Parkland killings.  Reporters asked how and why it had happened. They asked how such shootings could be prevented. TJ yelled, “It’s Jesus, people, the answer’s Jesus!” He wanted to tell them to stop playing games and turn the kids toward the Lord.

Parkland was the last straw for TJ. He knew he couldn’t stay silent anymore. He had to tell his own decades-old secret: that he identified with Nikolas Cruz because he, too, was once a shooter.

On November 10, 1982, TJ was 18 years old. Early that morning, he decided to end it all. He grabbed his hunting rifle and began loading it. He put the end of the barrel in his mouth and waited to pull the trigger. Then he heard a voice.

“You want real peace?” the voice asked him. If he killed other people, it said, “I’ll give you real peace. We’ll show them.”

At 10:17 a.m., TJ walked into Lake Braddock Secondary High School in Burke, Virginia, and opened fire. Going through the building he emptied his gun several times. He shot over everyone’s head, but it was a miracle that a bullet didn’t bounce off the cement walls and injure or kill someone. He then trapped nine people an office area.

TJ Stevens is also the subject of a documentary, The Rage of Evil.

The one voice became many voices. As more time went by, the louder they told him to kill the hostages. They said he was breaking their deal. “Kill! Kill! Kill!” they screamed at him. He started arguing with them.

Finally, he couldn’t take it any longer. He knelt down in front of the hostages and once again placed the barrel of the gun in his mouth. Just as he began to apply pressure to the trigger, the school secretary began crying and begging TJ not to kill himself.

“No, no, no! Don’t do this! You’re just a confused kid! You don’t know what you are doing!” TJ turned toward her and saw a glint of gold. It was her cross necklace. It was then that he saw the sleeve of a robe with a hand stretched out. First he raged at her. He wanted to kill her. Then he reached out to touch the hand.

The destructive torment disappeared. He had peace.

The Hand of Hope

TJ describes that day and how he was led out of darkness in his new book Once a Shooter: Redemption of a High School Gunman. “That hand of hope, I believe it was the hand of an angel. In everyone’s life, we all have that same calling, yearning, waiting, standing at the door for us to open it.”

TJ’s mission now is to reach children who are not only thinking about doing something this drastic, but also those who want to end their lives. “I have a heart for lost kids because I was so lost that Satan had me in his grasp. Satan knows me by my full name, he knows exactly who I am.”

God does too, he continued. “He loved me more and He fought for me and He found me right at the point of putting pressure on that trigger in school. When I was going to kill myself in front of the hostages, He found me and He gave me hope. He gave me direction. … He gave me a way out and that’s what I want to instill in kids.”

Only Jesus Can Heal the Heart

Lost kids, the kind of kid he once was, are really struggling with pain. “They think they’re not worth anything. And the only thing they have is their mouth to scream and their fist to hit and their heart to hurt.”

No psychiatrist or pill will change them, TJ argues. “There’s nothing in this world that’s going to heal that heart except Jesus.” He added:

The Word of Our Testimony

TJ says the further we get from God, the more we see a total moral breakdown in society. And all the red flags are there. “But the Lord says we shall overcome by the blood of the lamb and the word of our testimony. I want Him to allow me to be used as His personal testimony, to reach someone somewhere, to make a difference for Him. It may be one person or 1,000 people. It’s all worth it to me. Cause my life is no longer my own. Now it is all His.”

Now TJ goes into schools, churches and other settings, speaking to kids about his testimony. He also has a business coordinating concerts of Christian artists. For years, he’s questioned why God let him live when many other shooters do not.

One day, as he was watching kids respond to an invitation to accept Jesus, he found out. “And I heard Him speak at that one moment, when these kids were coming forward. ‘This is why I let you live, TJ. This is why.'”

Junipero Serra and the Example of History

Gollum, the Mirror of Man