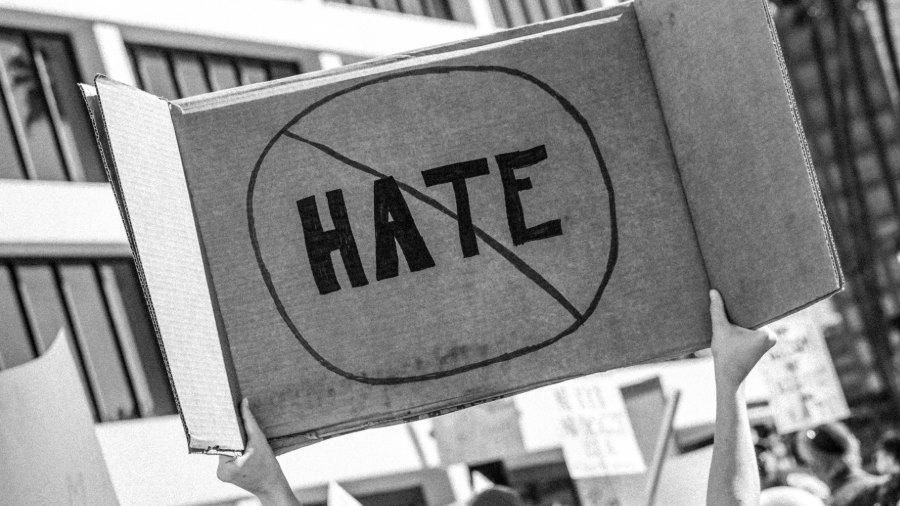 Words matter. The pen really is mightier than the sword when it comes to etching deep changes in hearts, minds, and attitudes. But as with most powers, the force of words can be harnessed for good or for evil.

Consider, for instance, the power wielded by the Southern Poverty Law Center in its role as self-appointed labeler of “hate groups.” We don’t like haters, and we don’t want to be identified with them. So when SPLC slaps its hate group label on an organization, it can cause severe damage in terms of public image and, ultimately, finances.

What’s troubling is how wrong the labeling often is. And how that doesn’t seem to matter. Because many people don’t take time to discern whether the “hate” label truly applies. They simply follow the SPLC “watchdog,” sheeplike, without considering where it wants to lead us.

“Hate” is a Powerful Word — But Does it Fit?

What people need to know is that SPLC’s definition of “hate” doesn’t really have anything to do with hatred. It has to do with whether or not an organization falls in line with our culture’s new dogma.

The SPLC’s definition of “hate” has to do with whether or not an organization falls in line with our culture’s new dogma.

Former SPLC spokesman Mark Potok has confessed that the criteria “have nothing to do with criminality, or violence, or any kind of guess we’re making about ‘this group could be dangerous.’ It’s strictly ideological.” He went on to explain, “[W]e look at a group and we say, ‘Does this group, in its platform statements, or the speeches of its leader or leaders — does this group say that a whole group of people, by virtue of their group characteristics, is somehow less?”

According to the group’s website, it lists organizations as hate groups if they “use dehumanizing language and pseudoscientific falsehoods.” It goes on to assert that portraying LGBT people as sick, evil, perverted, or a danger to children or society, would meet this standard.

So under this definition, is a think tank a “hate group” if it publishes a study that SPLC thinks is wrong (“pseudoscience”)? Is an adoption agency a “hate group” if it only places children with heterosexual couples? If a religious group states its belief that homosexuality is sin, is it a hate group for portraying LGBT people as “evil?” Is a legal non-profit a “hate group” because it defends an artist’s right to refuse to express support for same-sex marriage?

Apparently, the answer to all these questions is “yes.” But none of this is evidence of hatred. It is only evidence of convictions with which SPLC disagrees.

In fact, SPLC itself meets its own definition of “hate group.” The very term “hate group” is “dehumanizing” to those groups’ members, and SPLC is asserting that these groups are a “danger to society.”

The Misuse of Labels Hurts Our Society

There are plenty of people who believe drinking any alcohol at all is morally wrong. While I disagree with them, I accept them as people of good faith who simply have a different view. They may work to make drinking illegal, and I may work directly against them. But I can believe their view is wrong without believing they hate me, and vice versa.

Now let’s go a step further. To the extent that the teetotalers are working to protect people from the scourge of alcoholism, they are, in fact, acting out of love. They are working toward what they earnestly believe is in my best interest.

Any effort to convince them otherwise will be most effective if it begins by recognizing that their motivation is kind. That it is love — not hate.

If I label them as “haters” and publicly malign them, I’m simply starting a fight — against a straw man. Only when I acknowledge their real intent and explain why I disagree with them on moral or practical grounds can we have a substantive discussion about the issue.

Maybe one group will change the other’s minds. More likely they won’t. But we all win something to be prized when we’re having a civil, reasoned discussion instead of launching verbal hand grenades towards our neighbors.

It’s time to take another look at labels. To disagree with people on moral or political grounds is not the same as “hating” them. And to smile and nod as friends march down a destructive path can never be an act of real love.

The Rise and Fall of the Southern Poverty Law Center