Harvard’s ‘Joan of Arc,’ Claira Janover, Burns Herself at the Stake

Should we bring the S'Mores? 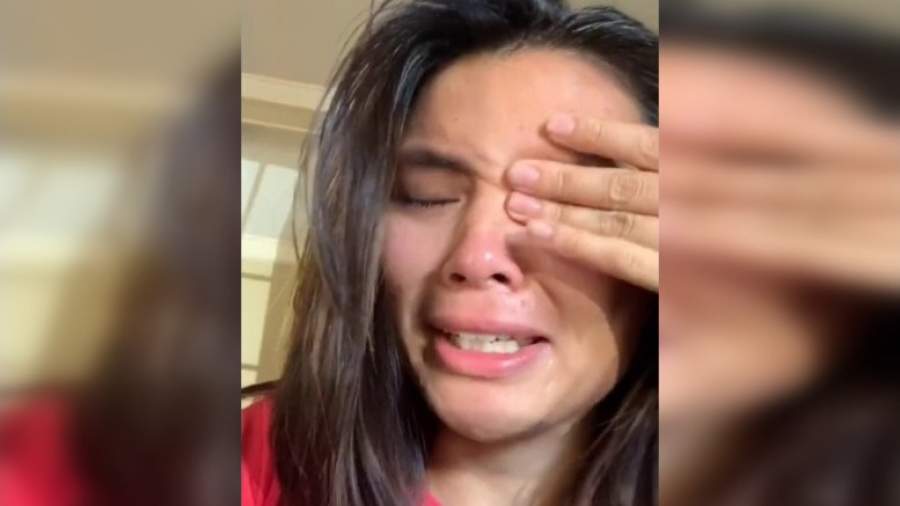 As Oscar Wilde once quipped, “Only a man with a heart of stone could read of the fate of Claira Janover without laughing.”

Well … he said most of that. Enough of it that the line above could elude the fact-checkers at the newly lobotomized New York Times. They wouldn’t see how it advanced transgender rights, or dispossessed our “white settler” nation, to find out that Wilde had in fact cited “Little Nell” instead.

Or that Wilde had died more than 100 years before Ms. Janover entered Harvard. “Little Nell” was the saccharine “saint” in Charles Dickens’ The Old Curiosity Shop. Her drawn-out, fictional death had sent thousands of easily manipulated readers into real-life mourning. Wilde saw such counterfeit sentiment as cynical and dangerous, and made that point with his customary wit.

Claira Janover’s story is real enough. And to those with healthy sentiments, it’s hilarious. Up to point. Because it exposes us some very dangerous aspects of our culture and politics. And it ain’t over yet. The New York Post reports:

Claira Janover, who graduated in May with a degree in government and psychology, went viral after posting a short clip in which she attacked anyone with “the nerve, the sheer entitled caucasity to say ‘all lives matter.’”

“I’ma stab you,” the Connecticut native said, zooming in close on her face.

“I’ma stab you, and while you’re struggling and bleeding out, I’ma show you my paper cut and say, ‘My cut matters too,’” she added.

Janover was clearly pleased with herself. She posted the video to Tik-Tok. This is the kind of moral analysis that passes for profound at schools like Harvard. And I guess for humor among our elites. She wasn’t so happy at the backlash. Again, the Post:

Ann Coulter was one of those who shared the clip, calling Janover an “Asian Karen,” while many others called for the student’s arrest.

“This woman is threatening people, who knows what she is capable of,” someone called Mr. Len wrote in reply.

“Does this not count as violent speech? I guess it only counts when it fits the narrative,” another follower asked on Twitter.

By Tuesday, Janover had posted updates responding to the “insane” reaction that included numerous death threats, she said.

Janover was the president of Harvard’s Model Congress Middle East, a nonprofit that teaches high school students about the American government and international politics. She previously worked at Planned Parenthood Action in Connecticut, her Facebook says.

This video shows, in Janover’s own words and images, how she rode the backlash to try to make herself a cultural martyr. She’s the Little Nell for 2020 [WARNING: profanity … and stupidity].

Off Harvard’s campus now, Janover seemed shocked that a video death threat might provoke … reactive death threats. Aren’t Americans supposed to just line up, take the knee, and march to take their punishment?

This is the kind of moral analysis that passes for profound at schools like Harvard. And I guess for humor among our elites.

In case you didn’t watch the video, it shows Janover making a “humorous” death threat on behalf of a Marxist organization (Black Lives Matter). Next Janover lost a job she’d been offered by the capitalist accounting firm Deloitte. So she went online again to keen about that hysterically, like a two-year-old deprived of the mothballs she’d been eating.

How Long Till Deloitte Caves? Let’s Start a Pool.

Now the Post reports that Janover has her very own GoFundMe, and is goading her supporters to badger Deloitte about its decision.

Given how desperate most capitalists are proving to sell the rope to their hangmen, I predict Deloitte will cave. Janover will be rehired, at a higher salary than before. And the poor, sane executive who cut this unhinged SJW loose? He will lose his job and pension. That won’t be enough, any more than Derek Chauvin’s arrest was enough. Mobs will be summoned to attack Deloitte’s headquarters and intimidate its employees. And Deloitte will give in to the shakedown. It will make a multi-million payoff to Black Lives Matter, in the hope that it calls off the dogs.

I hope I’m proved wrong. But so far from the Minnesota state house to the White House, we haven’t seen much sign of vertebrate life during this crisis. If President Trump really wants to get re-elected, he needs to do more. He ought to issue an executive order expanding the Second Amendment in blue cities and states. (Even if packed leftist courts seem likely to throw it out.) He should direct the DoJ to defend Americans who flout unconstitutional local gun laws. Citizens should claim their right to defend themselves, in militias if need be, where local police stand down.

And Trump should give the Medal of Freedom to Mark and Patricia McCloskey.

Then, and only then, will I really feel like laughing.

UPDATE: It appears that Ms. Janover did not even have a job at Deloitte, just a two-week internship. On the strength of losing that, she has already raised almost $10,000 via crowdsourcing.