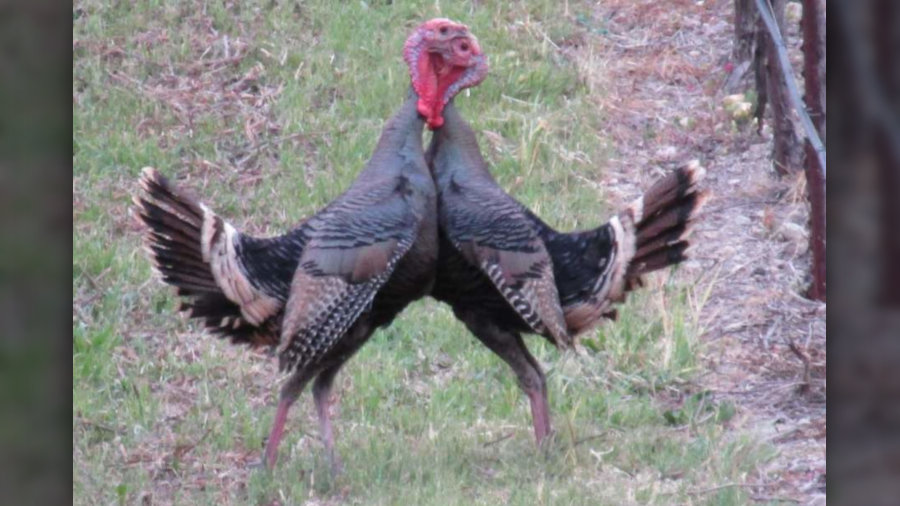 Perhaps I’m not the guy to opine on how to enjoy a lovely family holiday gathering. Growing up, I saw my parents squabble each year like the Costanza clan on Seinfeld. (The Costanzas also lived in Queens.) When that show introduced “Festivus” with its “Airing of Grievances” it struck a little too close to home.

My mom always had panic attacks during any car ride lasting longer than 10 minutes, and insisted on smoking at least one cigarette per mile. But she wouldn’t let me open the windows because that introduced “drafts that can make you sick.” As a young Niles Crane, of course, I had researched all the health risks of secondary smoke. As her smoke filled my lungs, I’d breathe back statistics about all the years she was shaving off my life. (At age 8, I was reading Consumer Reports and duly informing Mom of which brands of frozen foods that she bought us had the most “insect parts” and “rodent hairs.”)

Meanwhile my father would never drive any faster than 55 MPH, and sometimes even slower. But he’d rage and fume as people honked at him and passed him. “Where’s the fire?” he’d yell through the window. (Which of course was closed.)

So by the time we arrived at one of my sister’s houses, we felt already primed for combat. One year the actual dinner (no kidding) included frozen dinosaur-shaped chicken nuggets, and lasted 17 minutes from soup to nuts. But the squabbling went on, it seemed, for days.

Maybe that’s why my favorite holidays, growing up, were Halloween and April Fools. You’ve got to spend them away from the family, or planning pranks aimed at them.

22 Hours a Day with the Beagles

Now that both my parents have passed, I could spend peaceful Thanksgivings with either of my sister’s clans. Except that they’re up in New York. And my Texas beagles are here. The twins I rescued are cheerful, loving, and manically unmanageable. I trust few others to walk them (too many squirrels, too much passing traffic). The beags expect to have me with them some 22 hours a day. And they’ve already gotten me evicted from one apartment. I don’t want to risk what would happen if they had to settle for visiting dog-walkers. Hence I really don’t like to travel, except if my girlfriend can house-sit with them. But this year, as most years, she’s going to New Orleans to eat with her family. So it’s just me and the beagles, whom I’ll leave for two hours exactly to have a nice, peaceful dinner at the downtown Hotel Joule. My idea of holiday planning is typically “Which book should I bring?”

Lucky me! I don’t have to deal with what normal people must face this year at Trumpsgiving Dinner. No, this isn’t a normal year. The president faces impeachment for doing … something or other. The charges keep shifting. Unless you’re a fanatic, news junkie, or poor soul tasked with writing about all this nonsense (like our hard-working Al Perrotta), chances are you don’t know what they’re going after Trump for this week. If you asked some normal person on the street, he’d answer something like this.

I think Trump might have leveraged some ‘pee tape’ of Robert Mueller and James Comey to get the Russians to hack Ukrainian voting machines so his cronies could build a hotel in Istanbul. Or something.

If the person’s a Trump supporter, she’d wave it all off as B.S. If you asked a Trump opponent, he’d consider this the greatest threat to the Republic since the GOP “stole” the election in 2000. Or maybe since Mitt Romney stuffed 47% of American women into binders.

None of the details are clear. That’s because they don’t matter. The tribe that came to power in 2008 with Barack Obama didn’t want to yield power in 2016. It’s just that simple. So they decided they wouldn’t. They’d declare the people in the Red States an occupying army, and themselves the courageous Resistance.

Visualize yourself as wearing a pith helmet, and carrying a pad. View your niece’s new facial piercings as a fascinating custom you want to document.

What doesn’t a self-respecting Resistance do, ever? Collaborate. Once you’ve defined the Republicans entering the White House as equal to the Nazis marching through Paris, there’s no room to negotiate. To make any deals. Or to govern. If you waver in your “resistance,” you might end up with your head shaved, as some Dems seem to want to do to Sen. Kyrsten Sinema. (She admitted our country has borders.)

I really can’t imagine a festive French holiday dinner in 1943, where half the family members were part of the Gaullist or Commie Resistance, and the other half were wearing little pins for Marshal Petain. What would they talk about?

DAD: It’s a shame you’re siding with the Jew bankers and British plutocrats who are bombing our cities, but what can I say? Perhaps I failed as a parent.

SON: Maybe if the bourgeois like you hadn’t bled the workers dry, they would have fought for us in 1940, and we wouldn’t be puppets of foreigners.

Holiday dinners this year promise to be just about that festive. The poison of tribalist, take-no-prisoners politics threatens to invade our very homes and families. Places we should treat as sacred. Little shrines reserved to airing our individual grievances, fighting about second-hand smoke, and making sly references to “that lout you insisted on marrying.”

We Can Do Better

Can we do any better? Perhaps we can. There’s a great piece at City Journal full of wise advice about managing deep differences, and dealing with people who’re wrong. Wrong not for bringing dinosaur-shaped-chicken-nuggets as their contribution to dinner (thanks, Dad!). Or for insisting on classical music instead of “grossly premature Christmas songs” (guilty as charged!).

No, this essay suggests how we can deal with friends and family members with deep philosophical differences. Important political issues that divide us in this life. Religious questions that very well might separate us in the next. Authors Peter Boghossian and James Lindsay offer worthy insights and helpful suggestions. For instance:

In today’s heated climate, an unheard-of option is to engage someone who you believe is wrong but not disagree with him. It may seem strange or even impossible that you could do this, especially if you find his belief offensive or repugnant. How could this be accomplished? You can let him be wrong.

Letting people be wrong can initiate a revolution in your relationships. Few people like to be told that they’re wrong, and on many topics — say, your neighbors’ hot takes on immigration policy or homelessness — their utterly incorrect views are utterly irrelevant to your relationship.

Once you let others be wrong, you’ll see a wide variety of ways to engage someone who holds false beliefs, no matter how offensive you find them. You can become curious about what they believe and why they believe it, which may lead you to ask questions, listen to their answers, and better understand their position. This will open the door to learning from the person with whom you’re speaking, which often elicits reciprocity and gets them listening and learning from you. You’ll build rapport and develop new and deeper relationships.

So if you’re not lucky enough, as I am, to be spending Thanksgiving with Charles Williams or C. S. Lewis in a hotel restaurant, read that entire essay. Prep yourself. Don’t view your left-wing nephew who’s “deconstructing whiteness” as a Collaborator or the Resistance. Pretend you’re an anthropologist. You’re visiting some new tribe. You want to learn their culture. Be genuinely curious how such an alien mind operates, as if it were a cuckoo clock you found at a thrift store.

I suggest a few preliminary exercises to that end. Visualize yourself as wearing a pith helmet, and carrying a pad. View your niece’s new facial piercings as a fascinating custom you can’t wait to document. Listen to your Woke sister’s rant about “transgender acceptance” as if it were an Hottentot creation myth. Keep your own comments brief, calm, and detached. Focus on how scrumptious these dinosaur-shaped chicken nuggets turned out to be. “Uncle Fester, could you please pass me some more?”