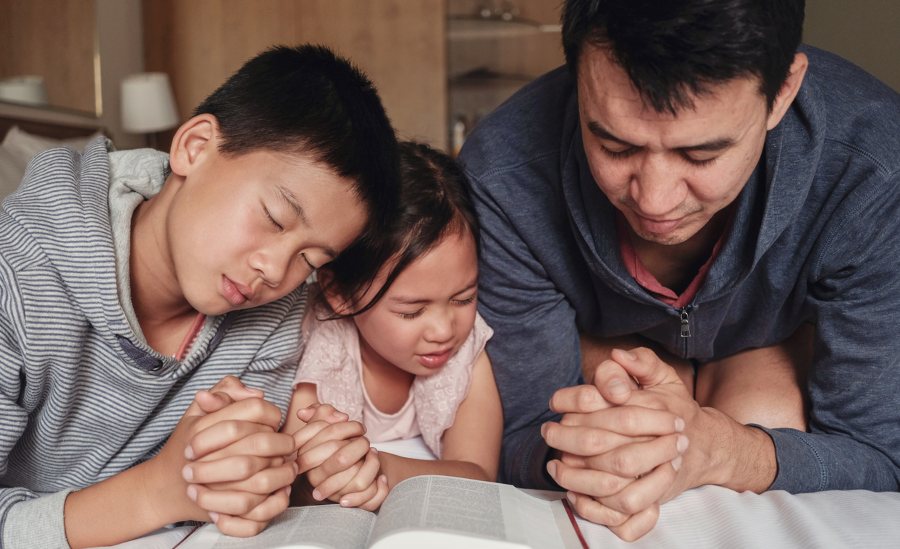 Ah, Father’s Day approaches and, much to my family’s chagrin, I bring out my way-less-than-world-famous Father’s Day carols: “Silent day, Father’s Day. Let him sleep. Go away.” “Hark! the little children sing, Dad’s the best, our family king,” “Father’s Day, Father’s Day, comes but once a year,” and the interminable “Twelve Days of Father’s Day” (“Three fishing rods, Two power tools, and a white leather Titleist golf glove”). After all, “It’s the most wonderful time of the year!”

Or is it a time for weeping and gnashing of teeth?

In a 2017 interview with National Public Radio, education expert Alan Blankstein said regarding the 24.7 million kids in the United States who don’t live with a biological father:

Children are four-times more likely to be poor if the father is not around. And we know that poverty is heavily associated with academic success. [Fatherless kids] are also twice as likely to drop out. … when I speak to superintendents, social service people and counselors in schools, they’ll easily acknowledge that at the root of kids’ [academic] problems, is the lack of a relationship with their father. … girls are twice as likely to suffer from obesity without the father present. They’re four-times more likely to get pregnant as teenagers. Boys are more likely to act out … .

Fatherlessness has also been connected with child sexual abuse, domestic violence against women, and, of course, teen suicide.

This is not to say that single moms aren’t heroic. They are. But without a dad, children miss ingredients critical for maturity, flourishing and faith.

The Significance of a Father’s Example in Faith

In his book Because of Our Fathers, Tyler Rowley quotes Pope Pius IX’s 1930 encyclical Casti connubii (On Christian Marriage): “Now it is certain that both by the law of nature and of God this right and duty of educating their offspring belongs in the first place to those who began the work of nature by giving them birth, and they are indeed forbidden to leave unfinished this work and so expose it to certain ruin.”

In short, the future of the Church — Catholic, Protestant and Orthodox — depends largely on fathers living their faith and passing it on to their children.

The Future of the Church Depends on Fathers

Columnist Barbara Kay concludes, “In short, if a father does not attend church, it won’t matter how dedicated the mother is in her observance, only one child in 50 will become a regular attender. But if a father is even somewhat observant, then regardless of the mother’s practice, at least one child in three will become a regular church-goer. The disparity is too stunningly wide to be culturally insignificant.”

The twenty-three chapters of Tyler Rowley’s book features Catholic leaders reflecting on their dads. The chapter by my friend Fr. Paul Scalia about his dad, Justice Antonin Scalia caught my eye. His father, Fr. Scalia explains, gave him a sense of identity, clarity, and transcendence.

The Scalia family was different from other families. They went to Confession and Mass, said grace, had priests over for dinner, prayed for safety at the start of car trips. They also had nine children. “We were a big family because Catholicism meant something to Mom and Dad, and that something was worth being different.”

In the confusing years after Vatican II, Antonin Scalia brought his family to parishes that proclaimed the faith once delivered accurately and boldly. “A man fathers children,” Fr. Scalia writes, “not just by a physical act but also by providing that clarity and purpose essential for life.” It’s the clarity and purpose we find in the Gospel.

Antonin Scalia’s fatherhood included “pointing beyond oneself to the One from Whom all fatherhood on earth is named.” His faith led the way to the Father for the whole family.

Whether you’re Catholic, Orthodox, or Evangelical, Tyler Rowley’s book will inspire greater faithfulness to God, His Church, and the family — faithfulness without which we won’t survive.

But rather than sleeping in, why not get up before the family to reflect about what it means to be a father. Then take everyone to church. The night is far spent and it’s time, as we say in Wyoming, to “Cowboy Up.”

Dr. James Tonkowich, a senior contributor to The Stream, is a freelance writer, speaker and commentator on spirituality, religion and public life. He is the author of The Liberty Threat: The Attack on Religious Freedom in America Today and Pears, Grapes, and Dates: A Good Life After Mid-Life. Jim serves as Director of Distance Learning at Wyoming Catholic College and is host of the college’s weekly podcast, The After Dinner Scholar.