Hanukkah: The Maccabees Fought for Religious Freedom, as Americans Should Today 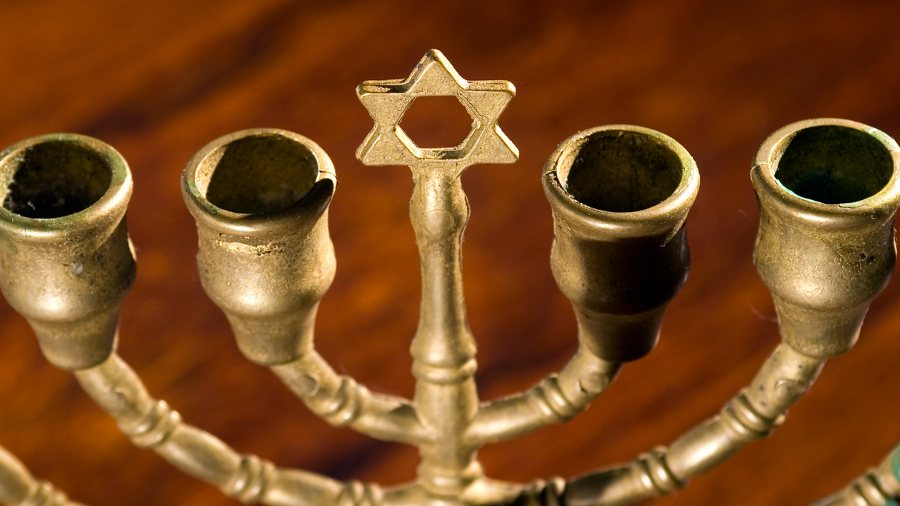 A Jewish holiday more than 2,000 years old holds a special meaning for all Americans today — if Americans choose to see it.

Hanukkah, which ends Monday, celebrates the Jewish victory over a Greek ruler who wanted to suppress Judaism and impose Hellenistic values in Israel. Hanukkah resonates especially powerfully with American Jews. A 2018 survey showed that 68% of them view Hanukkah as one of the three most important Jewish holidays, compared to 38% of Israeli Jews.

“It is a celebration of triumph by the few against the many, by the weak against the strong, by the committed and principled against the pagan and the unprincipled,” Pollak said on his radio broadcast Nov. 28.

Americans who are watching their nation implode under their own pagan and unprincipled elite need to embrace that message.

The story of Hanukkah starts in 168 B.C. At the time, Israel belonged to the Seleucid Empire, one of three that arose once Alexander the Great’s generals divided his vast conquests upon his death. Emperor Antiochus IV — who nicknamed himself “Epiphanes,” Greek for “divine manifestation” — began imposing Hellenistic culture and repressing Judaism.

Antiochus prohibited studying the Torah, celebrating such holidays as Passover and circumcising infants. He desecrated Jerusalem’s Temple by erecting statues to Greek gods and goddesses and by sacrificing pigs to them.

“Ever since then, the Maccabees have been a source of inspiration to the Founding Fathers, to the Pilgrims.”
— Rabbi Shmuley Boteach

“The Greeks looked down at the Jews for having, in their eyes, a very primitive faith,” Rabbi Shmuley Boteach said on Pollak’s program. “The Greeks had Homer’s Iliad, the Odyssey. They had Greek tragedies, poetry, philosophy. They look at this idea of prayer and faith and belief in God is something very primitive. So they banned it.”

But a rural priest, Mattathias, started a revolt. In 168 B.C., after refusing to offer a sacrifice to a Greek deity, Mattathias killed a Jew who acted in his place, along with a Greek guard. Mattathias then fled with his five sons to nearby hills. Two years later, when Mattathias died, his son Judah emerged, formed an army and used guerrilla tactics against Hellenized Israelites and Seleucid forces. Judah and his soldiers earned the nickname “Maccabees,” Hebrew for “hammers.”

A Small Band of Freedom Fighters Defeated a World Superpower

In 164, the Maccabees captured Jerusalem and started reconsecrating the Temple. That meant relighting the menorah, which had to be illuminated continuously. The Maccabees had only enough oil to keep it lit for one day. But that oil lasted for eight days, until they made more. When Jewish households light menorahs, they honor the Maccabees’ victory and its ultimate sign.

“The real miracle was that a small band of military guerrillas, the Maccabees, defeated the world’s superpower, the soldiers of Alexander the Great,” he said. “Ever since then, the Maccabees have been a source of inspiration to the Founding Fathers, to the Pilgrims.”

“The Pilgrims came here for religious freedom. The Founding Fathers fought the world’s superpower of the time, the British, in order to attain their freedom. (The Maccabees) always served as a source of inspiration to freedom fighters and people who seek liberty throughout the world, which is why the menorah has become a universal symbol of religious liberty.”

That foe now permeates practically every area of society: government, business, entertainment, journalism, religion, education and the legal profession. It exploits the nation’s past sins to condemn it as a whole. It disguises retribution as “equity.” It manipulates “diversity” and “inclusion” to encourage identity politics. It claims to oppose racism but actually promotes racism. It uses “cancel culture” to stifle dissent and calls inconvenient facts “disinformation.” It politicizes science and uses it to wield arbitrary power.

It seeks to sacrifice the populace on the altar of pretentious utopianism — just as all totalitarians do.

The Fight at School Boards for Freedom

Nothing better illustrates the “woke” Leviathan’s contempt for this nation’s values and people than the controversy surrounding school boards’ decisions to impose Critical Race Theory, mask mandates and transgender education. Cocooned bureaucrats, isolated from the parents who elected them, didn’t expect the kind of justified fury from those parents at board meetings.

In response, the National School Boards Association colluded with the White House and the Justice Department. All parties agreed that the NSBA would ask Joe Biden for federal help. The letter requesting that help categorized the parents as potential domestic terrorists. Biden then would order the Justice Department to work with local law enforcement to investigate.

This subterfuge comes from the same ideologues who defended “peaceful protesters” as they looted, vandalized, burned and killed in American cities following George Floyd’s death.

When news of the collusion became public, school boards in 11 states resigned from the NSBA. Boards in 15 other states disowned the association’s letter.

The Future is Now

Those parents are among today’s American Maccabees. So are the millions who have risked their livelihoods by refusing to receive an experimental COVID-19 vaccine that has life-threatening side effects. So is anyone who refuses to be intimidated by an arrogant, entitled, isolated minority.

They recognize what the Maccabees understood. Their homeland is in the midst of a civil war and they must fight to preserve the freedom and values that Americans cherish. Fighting doesn’t necessarily demand violence. It does, however, demand a calm tenacity that will endure any circumstance, tolerate long, hard slogs and brook no compromise with evil.

The American people know how to generate such tenacity, beginning with the Revolutionary War and extending to the civil rights movement. They must generate it now. Perhaps now more than in any other time in history, the nation’s existence depends on it.

How the Ancient Maccabees Speak to Us Today