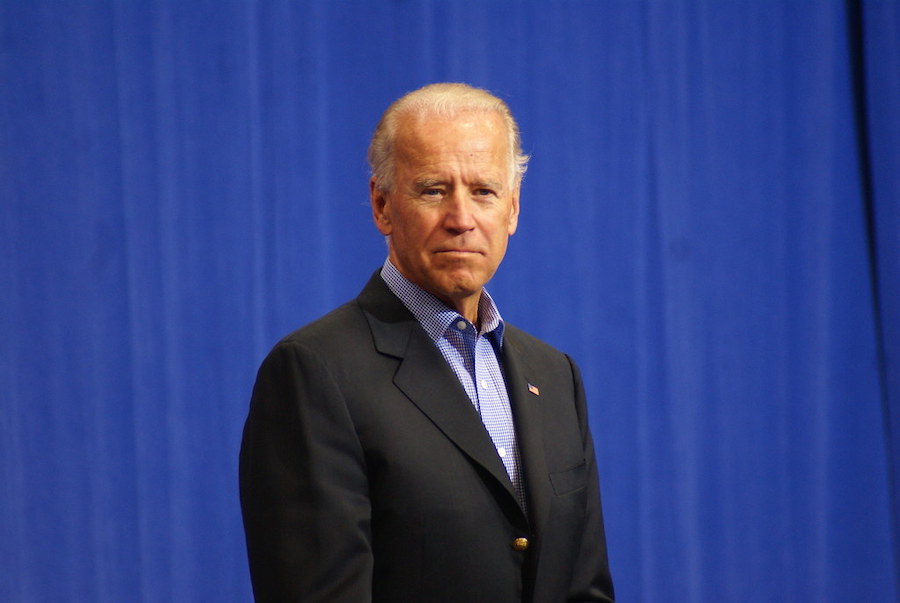 First, let me get this out of the way up front. Joe Biden is a corrupt Washington Swamp Creature. If Don Jr. scored a billion dollar sweetheart hedge fund deal with China days after Trump paid an official visit, the Republicans in Congress would be calling for his head. If Trump boasted about withholding a billion dollars in aid to a foreign country unless it fired the prosecutor investigating the corrupt millions being funneled to his son, the Attorney General would be filing abuse of power charges.

Joe Biden’s son did the first and Joe himself did the second. Democrats after his son? The government filing charges against him? Nope. Swamp Creatures take care of their own.

And they cover up for each other. Biden was also thick in the middle of the seditious conspiracy to undermine President-elect Trump. His touchy-feely-smelly of women and girls is unquestionably creepy, and until recent months one of the worst-kept secrets in Washington.

Biden is also neck deep in the heinous, divisive, dangerous, deadly tactic — and yeah, it’s a deliberate strategy — to paint Trump as a white supremacist now that no one believes he colluded with the Russians. (The fact that Sen. Kamala Harris painted him as a racist a few weeks back makes Biden’s racially-charged poison that much more galling.)

So my sympathy for Joe Biden is limited. That said, watching what’s happening to Joe Biden hurts.

For all his corruption, incompetence and creepiness, it’s still sad to watch him come apart in public. He’s been a genial bipartisan presence with a genuine affection for people for decades. In fact, go back and look at his most epic gaffes. At their core is affection. Whether he’s telling a paralyzed person to stand up, or describing Obama as “clean,” or not being able to go into a 7-11 without seeing an Indian, the subtext is human warmth.

The nickname Uncle Joe was apropos. He was the political scene’s goofy but affable uncle.

Yet, events in the past couple days have proven with even more urgency that Joe Biden is deteriorating before our eyes. The speech is slurring, the eyes are pinched, the weight is dropping. And the huge mental errors pile up by the minute.

Yesterday, Joe Biden spoke passionately about how the Parkland survivors came to visit him when he was vice president. Problem is, the Parkland shooting happened a year after he left office.  No, Biden didn’t make something up out of the blue. He’s not lying. He’s conflating, confusing events.

The day before that, he was on a rhetorical roll. Then he declared, with emphasis, “We choose truth, not facts.” Earlier in the week, when talking about the shootings in El Paso and Dayton, he called them the shootings in Houston and Michigan.

Biden also had a bizarre run in with a young college co-ed. She asked Biden how many genders there were. “Three, at least” he replied. (Thus blowing his moderate man, appeal to the heartland motif sky high. But that’s pandering to the left for you.) Problem came when she asked for details. He got indignant, angry, and actually grabbed the young lady. It’s just hard to imagine Joe Biden of even two years ago getting so easily rattled and angry. Although it’s not so hard to imagine him grabbing a woman …

The worst of his latest run of mental muffs came Thursday. He said “poor kids are just as smart, just as talented as white kids.”

"Poor kids are just as bright and just as talented as white kids."

Sure. Given his history of racially insensitive positions, his recent boast of working well with segregationists, and such gaffes as referring to Obama as “clean,” he believes in racial stereotypes. But who could expect him to expose his bias so blatantly in the midst of a presidential campaign? When he’s fresh off of accusing the president of being a racist?

Biden is the Democratic front-runner. One wonders whether this terrible faux pas will be used against him by his Democratic opponents or are they too worried it will damage their collective meme painting Trump as the racist. Kinda hard to call the president a racist when your front runner equates black kids with poverty.

Biden’s Done … But No One’s Told Him

Tucker Carlson’s been arguing that Biden’s campaign has been over since May, when he gave a rambling, incoherent answer on China. The answer demonstrated Biden is simply no longer fit for duty. He’s a few burgers short of a barbecue.

Biden’s performance in the first debate brought those concerns to a larger audience. Kamala Harris ate his lunch on the racism question and Biden had no reply, no counter. Biden did do better in the second debate … until the end when he gave out the wrong information for his own campaign website.

Look, the comedy writer in me loves having Biden in the race. The daily round of “What did Uncle Joe say today?” can be a barrel of laughs. Especially in these bitter partisan times. Especially with the other leading candidates being so earnest and shrill and strident and annoying … and dull. But this is wrong. For Biden’s sake, it has to end.

The Kremlin at the height of the Cold War didn’t fly as many red flags as Biden is.

Who Will Tell Him the Truth?

But who will tell him the truth? Biden won’t look in the mirror. No competitor wants to be taken out of the game. No one wants to admit he’s losing his skills.

His staff won’t tell him. The money’s too good and the potential for power is too close.

The DNC won’t tell him because right now he’s the only one with a serious shot of beating Trump. They’d drag a corpse onto the debate stage if it meant taking down the Big Bad Orange.

You can’t expect his son to do it. Hunter Biden ain’t gonna put his cash cow out to pasture.

The media can tell him. And they’ll destroy him as soon as it looks like he can’t beat Trump. But that won’t get him out of the game. Pride is a stubborn thing.

The voters can tell him … but they don’t have any real say until January and February. And by then Joe would have seeped away all his dignity. He’ll be whiffing at softball pitches, and falling onto the ground when thrown any hard stuff.

How about President Obama? Barack Obama is sending more signals than a third base coach on speed, saying “Get out of the batter’s box!” But Biden is still in there swinging away.

The only person left is Joe’s wife Jill. That’s Doctor Jill Biden. For the sake of his years of service, and the goodwill he’s built up over the decades, for the man’s own health and well-being, Jill Biden needs to say, “Joe, hang up your cleats and come home. Doctor’s orders.”