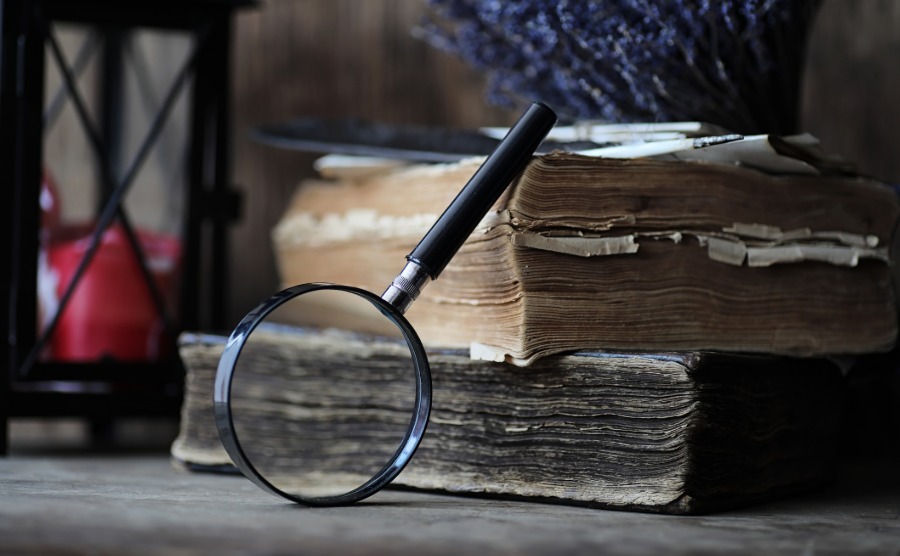 By Malcolm Schaeffer Published on February 3, 2022 •

As Dina Kraft chronicled in a 2018 article for Haaretz,

In July 1933, during Hitler’s first summer in power, a young German pastor named Joachim Hossenfelder preached a sermon in the towering Kaiser Wilhelm Memorial Church, Berlin’s most important church. He used the words of Romans 13 to remind worshippers of the importance of obedience to those in authority. The church was festooned with Nazi banners and Stormtrooper flags, its pews packed with the Nazi Party faithful — including men in the brown shirts of the Sturmabteilung, the Nazis’ paramilitary movement.

This is just one of the most explicit examples in which the German Protestant Church invoked Romans 13. Indeed, following an attempt to assassinate Hitler, a plotter cited the abuse of Romans 13 as a reason why there was not more resistance to the Fuhrer among Christians.

Does Scripture really demand obedience to the state in every situation?

Another German sermon that alluded to Romans 13 took place in March 1933 when Friedrich Karl Otto Dibelius — a German bishop and one of the highest Protestant officials in the country — spoke to new members of the German Reichstag about the paramount powers of state authority in neighboring Potsdam. German historian Thomas Weber describes the impact of the sermon. “Here, the principles of Romans 13 were invoked by the Protestant Church explicitly in front of the nation and newly-elected members of parliament, in order to justify the Nazi seizure of power and all the policies the Nazis had implemented …” It was also in anticipation of the “Enabling Law” that took place just three days later, “in which the German parliament dissolved itself and passed all legislative powers to the executive — Adolf Hitler… .”

When Should We Disobey the State?

The last few years have seen a proliferation of believers eager to misuse the Holy Writ to justify Branch Covidian public health mandates that are expansive, regularly shifting, and often self-contradictory. Such volunteer attempts at scriptural endorsement of public health policy and executive orders emerged into a cottage industry, and originate from voices in the American ministry and laity, the pulpit and social media channels.

Today Scripture is regularly used to justify vaccine and mask mandates creating a sort of new Jim Crow in our country — a segregation based on compliance with shifting “public health” imperatives, instead of race. In Christian circles, often exploration of peer-reviewed studies and debates on the efficacy of masking and vaccines are set aside, while policy compliance is spiritualized as a litmus test for public Christianity. In such cases, the underlying argument appears to be that Christians must obey the state, no matter what. But does Scripture really demand obedience to the state in every situation?

In the Old Testament, Daniel and his fellow believers defied state authorities throughout their lives while serving in positions of authority. Later in the New , Paul and Peter, the authors of passages often used to justify secular policies, both defied state authority throughout their ministry before being executed. What we know with reasonable certainty is that around the year A.D. 64 Paul was beheaded by order of the Emperor Nero about a mile outside the city of Rome. The Apostle Peter was killed around the same time.

As Rev. Paul Carter summarizes in a 2018 essay for The Gospel Coalition on “How Did the Apostles Relate to the Law?” Peter recognizes the right of human authorities to summon him to account. He further recognizes their right to administer punishment in accordance with their judgment. Eleven verses after Peter claims his higher authority, he and the other Apostles endure a beating and a scourging at the hands of their human authorities. Their reaction to this punishment is instructive: “they left the presence of the council, rejoicing that they were counted worthy to suffer dishonor for the name. And every day, in the temple and from house to house, they did not cease teaching and preaching that the Christ is Jesus.” (Acts 5:41-42 ESV)

Rev. Carter goes on to comment that, “Jesus did not tell his disciples to expect a cordial relationship with the power of the state. On the contrary he said: ‘If you were of the world, the world would love you as its own; but because you are not of the world, but I chose you out of the world, therefore the world hates you.’” (John 15:19 ESV)

Jesus predicted that his people would attract the ire and animosity of the secular powers. We have allegiances they don’t understand, we have values they don’t share, we have a mission they resent and we serve a Master that they condemned and crucified. Therefore, the Apostles expected conflict. They didn’t seek it, they expected God to redeem it, but they did not attempt to avoid it. Instead, they ministered through it. When they lost their freedom and mobility, they wrote epistles to encourage the churches. When they were flogged, they rejoiced. When they were questioned, they witnessed and when they were martyred, they were remembered. For “Precious in the sight of the Lord is the death of his saints.” (Psalms 116:15 ESV)

So why the haste today to appropriate Scripture to accommodate Leviathan?

According to Barna, nearly 72% of churches don’t look to the Bible as their final source of authority and direction, underscoring a broader trend of recent years, in which the American church has tended to move away from orthodox Christianity to what has aptly been described as “moralistic therapeutic deism.” A recent review (“Surprises from New Research on ‘Progressive’ and ‘Conservative’ Christians”) by Trevin Wax of Ashlee Quosigk’s new book, One Faith No Longer: the Transformation of Christianity in Red and Blue America, provides further insight. Wax writes,

Wax goes on to observe that,

Most progressive Christians do not base their religion on strict obedience to the Bible… The core of their religion is built upon a value set of inclusiveness, tolerance, and social justice. Christianity is just one of many paths to achieving a society of inclusion and justice for the marginalized.

As 20th century philosopher Francis Schaeffer asked, “How then shall we live?” Church and school leaders must avoid the “easy button” when addressing cultural pressure and the challenging questions it brings. The “easy button” usually seems to immediately possess broad consensus, seemingly requires no hard questions or debate, and provides a momentary rush of warm and fuzzy feelings upon its acceptance. On many secondary and tertiary issues, the “easy button” often turns out to be the right one to push. But on primary issues, such as the public health ones we have been facing since March 2020, the “easy button” should be identified and then avoided. Apparently the power to think critically is one of many COVID casualties.

“If You See Something, Say Something”

Beware of using “love thy neighbor” to justify following anything other than God’s unchanging word. History shows that believers can unwittingly use this verse to “love” those who are in power, regardless of the content of their policy positions. True love for our neighbors comes from the love of God, not from our own strength or good intentions. In Matthew 22, Jesus begins with Deuteronomy 6:4, reminding us we are commanded to first love the Lord our God with all our heart, all our mind, and all our soul. In doing so he illustrates that neighborly love not rooted primarily in a love for God (with our heart, mind and soul), ends up as a false love driven by secondary gain, and is almost always performative.

In a recent article for The Stream, Shane Idleman asks, “Is there deep humility within my heart? Many think that humility means always submitting to the government and not challenging anything, but that is not the definition of humility. Humility is married to boldness.” Idleman observes that, “The tendency today is to avoid the truth so we don’t offend others.” However, as Oswald Chambers reminds us, “The words of the Lord hurt and offend until there is nothing left to hurt and offend.” The gospel hurts before it helps. It condemns before it releases. To remove everything that offends is to remove the very foundation of the gospel. Jesus was “full of grace and truth” (John 1:14).”

What we do as servants of the Lord in our fleeting lives very much matters after we leave this world. We are blessed with the opportunity to publicly honor Him, as was Samuel in ancient Israel. “For them that honor me I will honor.”

Malcolm R. Schaeffer is a pseudonym residing in the Washington, D.C., area.

Research: Christians Have Already Lost the Next Elections