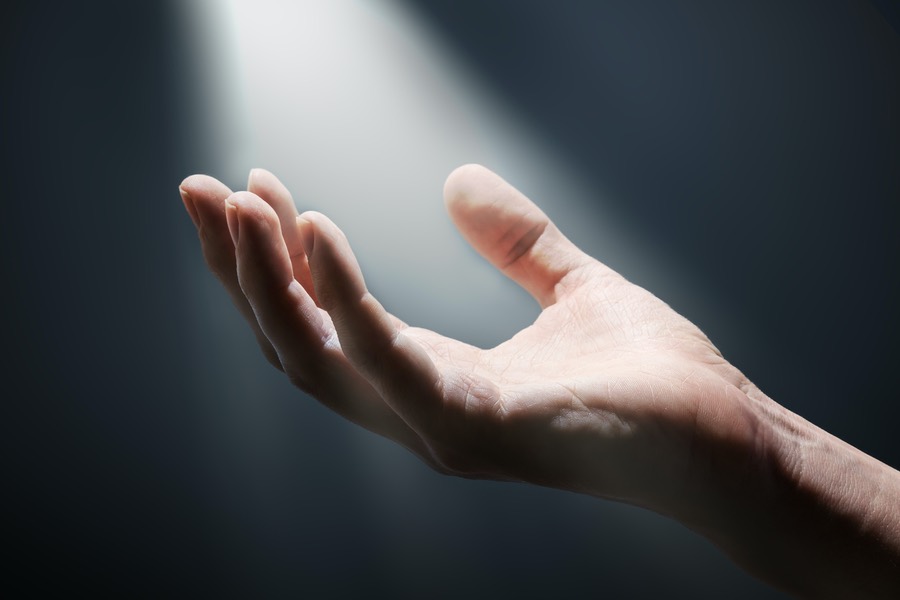 Things are bad, right? The Western world is going insane before our eyes. We can’t say there’s any real difference between right and wrong, except that it’s wrong to say there is such a difference. There’s no difference between men and women unless one of them wants to be the other. Then it’s wrong, too, to disagree with them. Racism, sexism, genderism, this-phobia-and-that-phobia: We’re at each others’ throats over everything we disagree on, even though disagreement isn’t allowed. And don’t even mention religion!

We’re living in America’s darkest period since the Civil War. Things are even worse in most of the rest of the Western world. Yet I feel so privileged to be here in the Lord’s service right now. I honestly can’t think of a better, more exciting, more exhilarating time to be alive.

Yes, darkness is darkness. People — including many we love — are stumbling and falling in the dark, many of them tumbling all the way to their destruction. That hurts.

Nevertheless, for any Christian who wants to make a difference for God, or any believer who cares about God’s global plan down through history, these are great days regardless.

I’ll start with the latter — God’s global plan. Though on some measures the gospel of Jesus Christ seems to be in retreat here, it’s exploding across the global South and East. More Muslims have come to faith in Christ in this generation than in all history before that. God is working in great power not only in Muslim lands but in Latin America, Africa, and East Asia.

Missionaries — many of them coming from those same lands — are reaching more and more previously unreached people, so that we’re on the verge of seeing the fulfillment of Jesus’ Great Commission, planting churches in every people group (Greek ethné). This means that two age-old promises from Jesus may very soon be fulfilled:

And this gospel of the kingdom will be proclaimed throughout the whole world as a testimony to all nations, and then the end will come. (Matthew 24:14)

After this I looked, and behold, a great multitude that no one could number, from every nation, from all tribes and peoples and languages, standing before the throne and before the Lamb, clothed in white robes, with palm branches in their hands, and crying out with a loud voice, “Salvation belongs to our God who sits on the throne, and to the Lamb!” (Rev. 7:9-10)

For 2,000 years God’s people looked forward to this day, and sacrificed for it. We are the generation that can finally, realistically expect to see it come. What an amazing privilege!

And then after that … what? Jesus said, “And then the end will come.” Who knows?

But What About America?

Meanwhile there’s no denying it: Things do look much darker here. Church attendance overall is down. Atheism and “no affiliation” (the “nones”) is way up. The country is badly splintered on spiritual beliefs, and our politics reflect it. Race and gender issues divide us badly. We’re in a moral mess none of us could have predicted even 25 years ago.

It’s dark. So is there anyone among us who wants to make a difference for Christ? It’s our best opportunity in decades to shine his light!

For at one time you were darkness, but now you are light in the Lord. Walk as children of light (for the fruit of light is found in all that is good and right and true), and try to discern what is pleasing to the Lord. (Eph 5:7–10)

The light we can shine is Jesus Christ Himself, as prophesied in Isaiah 9:2:

The people who walked in darkness have seen a great light; those who dwelt in a land of deep darkness, on them has light shone.

The light shines so much brighter when the land is so much darker. My friend Brad Mitchell emailed me just this morning with a story that illustrates this. He and his wife, Heidi, were on a plane next to a young man who was going to catch a connection to Las Vegas. He was planning to meet some friends there and do “crazy things.” Then he added, “Besides, who’s to say what is too bad to do? What’s the definition of bad?”

Brad answered, “If your Grandma and God would say it’s bad – then it’s bad.”

It was a great answer, and it caught the man completely off guard. “No one has ever answered an existential question so succinctly,” he said. “You got me on that one. I’m going to have to think about that!”

It was such a simple answer, too — which is how it fits here. This man was walking in such darkness, a quick and simple answer was all it took to shine an unexpected light into his life.

I trust I’m being clear: It’s not the deeper darkness I celebrate, but the greater shining of Christ’s light.

We need courage, too, for there may come times when it’ll be tough deciding to do what’s right. My favorite definition of courage is “doing the right thing, even if it’s dangerous or difficult.” That kind of courage doesn’t come without true faith in Christ — the confidence that He holds us safe in His hands no matter what happens.

A look back at the rest of the world is all it takes to see such faith in action. Christians are the most persecuted people in the world today. President Xi Jinping has clamped down especially hard in China. Yet the Church there keeps growing. Read the reports from Christians there, and you’ll find joy in their stories. For they know whom they have believed, and they’re persuaded that He is able to keep what they have committed to Him, until the coming of that Day (from 2 Tim. 1:12, NKJV).

They’ve had more practice in being joyful during trials; we’ve got some catching up to do. That’s one good reason to start now. Though I write often about what’s wrong in our country — and will continue to do so — I don’t want to do it without frequent reminders that God is still at work. So we can have joy, no matter how dark things may be.

To serve Him is a privilege in any day, but we can thank God He has hand-picked us to do it in a day like today. Let’s keep that light shining brighter.