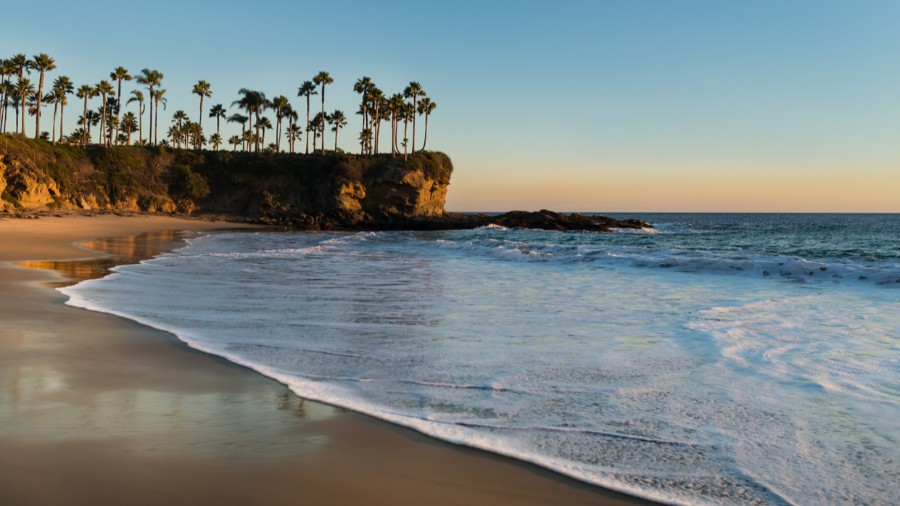 California governor Gavin Newsom reacted in dismay to images of crowds flocking to Southern California beaches last weekend. My family and I live an hour away from this beautiful coastline. I’ll admit, after 6 weeks of sheltering in place, the pictures were a bit jarring.

Turns out the photos were deceptive, which I’ll get to in a minute.

I get that the governor wants to protect hospitals from being overwhelmed. He wants to slow the spread of the virus as our capacity for testing and contact tracing ramp up. He wants to buy time for medical personnel to get more protective personal equipment (PPE). Newsom was the first governor to issue a state-wide shelter in place order (March 19). By many measures, California has been more successful than other states in slowing the spread.

This Wednesday a memo from the governor’s office was leaked. It was a notice to all police chiefs, giving them a heads-up that the governor would be closing all California beaches on May 1st. While some residents approved, others reacted with anger and shock — particularly those who lived nearest to the coast. Orange County residents were sending e-mails to their leadership that were almost 2:1 in favor of keeping their beaches open.

So Orange County leadership pushed back hard against the promised order. They pointed out that if people kept practicing social distancing, they should be fine. In fact, the fresh air, sunlight, and chance to run and swim would yield physical and mental health benefits.

Camera angles and telephoto lenses made it look like families were stacked on top of each other.

Then, surprisingly, just before his Thursday press conference, Newsom changed course and decided to only shut down Orange County beaches. “We’re gonna do a hard close in that part of the state, just in the O.C. area,” Newsom said. He insisted he never intended to close all the beaches, despite the clear wording in the leaked memo to the police.

The governor prides himself on making decisions based on facts and science. But to those who were there, the photos from last weekend that made headlines seemed sensationalized. Camera angles and telephoto lenses made it look like families were stacked on top of each other. Orange County officials countered with pictures of their own, showing family groups clearly spread out, honoring common-sense social distancing. Police officers and lifeguards said that most beach goers were already following social distancing guidelines. Those who weren’t complied with instructions to do so. The Huntington Beach Police Department commended residents for their good behavior.

That wasn’t the only fact Newsom played fast and loose with. The governor made the point on Wednesday that Orange County has the 4th highest hospitalization rate in the state. What he didn’t mention is that, as supervisor Don Wagner pointed out, Orange County has the 3rd highest population.

The governor would do well to make decisions based on data. The coronavirus spreads person-to-person by droplets through the air. The risk is high when people are close, within 2 meters of each other. But the beach goers were maintaining proper distance. They were receiving the benefits of sunshine, exercise and relaxation. These are crucial to personal health, especially in times of high stress. Mindful of these realities, counties throughout southern California have recently been reopening parks, tennis courts, golf courses and hiking trails. Why should the beach be any different?

Why is the governor responding to a few misleading photos over boots-on-the-ground testimony and real-time, local, aerially documented reality? Why is he arbitrarily singling out Orange County for punishment? Why did the governor not talk to the Orange County leadership to get a better sense of what happened before charging ahead?

Are the condescending scoldings and the targeted beach closures a response to data, rooted in good science? Or a response to what Governor Newsom feared were bad optics?

Are the condescending scoldings and the targeted beach closures a response to data, rooted in good science? Or a response to what Governor Newsom feared were bad optics? Maybe the sensationalized crowd photos embarrassed the governor, a rising star and future presidential hopeful. At least in his own eyes.

But are sports arenas and beaches really comparable? At a live concert or baseball game, I sit with people immediately next to, in front of, and behind me. I’ll likely have 10 people within a six-foot radius. I can’t get away from them. But at a beach, I’m only sitting near the folks I came with. People use blankets and chairs to mark out their personal space. Even on the busiest days, our family has always been at least six to 10 feet away from others.

Yes, social distancing is a common-sense and necessary precaution at this time. But can’t we keep beaches open and still maintain social distance? Beaches are much more diffuse than a concert venue or sports arena. In Orange County, the people have shown they can be trusted to exercise freedom responsibly. It’s their county. It should be their choice.

From a moral authority and public trust perspective, it looks capricious to overrule local authority in just one county.

I also don’t see how it’s in the governor’s self-interest to go after just one county. Presumably, he’s concerned with the welfare of all Californians, right? From a moral authority and public trust perspective, it looks capricious to overrule local authority in just one county. As I write, the beaches in neighboring San Diego County remain open. How fair is that?

This pettiness is beneath the dignity of the governor’s office. The governor should walk back his order immediately.

Marni Chediak is a graduate of Stanford University. Before becoming a mom, she worked in various management positions for AT&T and General Mills. She has been homeschooling her three children in Southern California for the past nine years. She is currently a Challenge director in her local Classical Conversations community.