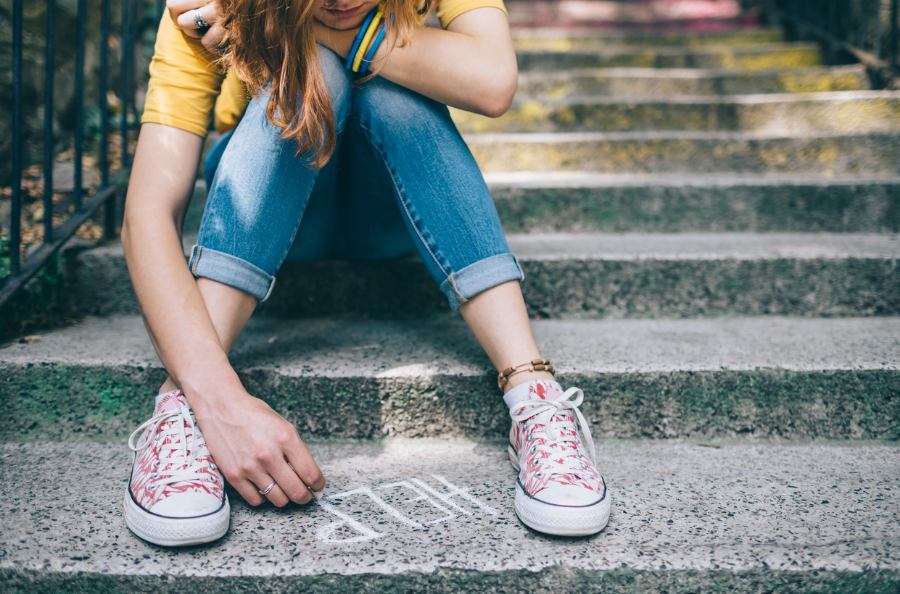 While all of Christendom honored the passion and death of Jesus Christ for the redemption of all mankind on Good Friday, Democratic governor Ralph Northam decided to sign into law two legislative acts that will make women and girls in Virginia more vulnerable to predation and physical harm, each in different ways. Northam, of course, insists his actions will “make women and families safer.” He is inexcusably wrong.

The Madness That Ate Women

I’m through being polite. It is disgusting and offensive to get orders claiming to benefit and protect women from those who cannot even define “woman” objectively, scientifically, rationally.

Northam, like the rest of the elite ruling class that now serves at the pleasure of the gender-identity agenda, wants to force all women and girls to pretend there is no difference between males and females, and to sacrifice their own privacy and safety so that delusional or predatory men can have the rights of women.

In plain language, this effectively means there can be no such thing as a women’s restroom, dressing room, shower, locker room, or shelter. Every public space reserved only for women is officially discriminatory. Women no longer have the right to separate themselves from men for any reason. Women no longer have any right to privacy or safety while in a public restroom or a store’s dressing room or the showers at the gym or the homeless shelter.

How Dare You, Governor?

How dare you claim to care about women as you dictatorially erase from public existence every space and facility designed to ensure the privacy, safety, and equal rights of women?

How dare you claim to care about women as you dictatorially erase from public existence every space and facility designed to ensure the privacy, safety, and equal rights of women? Let me explain it to you in simple terms. A woman is an adult human female.

There is no male on planet Earth who is now or ever can be a woman. There is no male in existence who has any “right” to occupy and use facilities designated for women and girls. Your law allows the feelings and claims of men to annihilate the reality of womanhood and the genuine rights of women.

Your own law is a ridiculous contradiction and irrational nonsense. In one sentence it claims to “Safeguard all individuals within the Commonwealth from unlawful discrimination because of race, color, religion, national origin, sex … gender identity.”

Then it goes on to state, “The term ‘gender identity,’ when used in reference to discrimination in the Code and acts of the General Assembly, means the gender-related identity, appearance, or other gender-related characteristics of an individual, with or without regard to the individual’s designated sex at birth.”

This is pure madness. Women and girls are not made up only of feelings and appearances. We are female — a biological, objective human reality. Not a costume for a man to put on, or an “identity” for a man to claim.

Northam also signed the so-called Reproductive Health Protection Act which wipes out several protections in the law regarding abortion, making women more vulnerable, not more protected. No longer is it required that abortions be performed by a doctor. Physician assistants and nurse practitioners will be allowed to perform them.

You, Governor, (a man) are telling the women of Virginia exactly what they must do with their bodies by requiring them to share female-only public spaces and facilities with men who claim to be women.

See for yourself the stricken paragraphs in the law and ask yourself if this protects women or the abortion industry.

Northam and the Democrats think women should not be fully informed about what an abortion procedure involves and all the risks thereof. They believe women should not see the ultrasound images of their babies. Women should not even be offered the chance to see such an image. Women do not warrant the care of a doctor, or the safety and sanitary standards of a hospital.

Governor Northam had the gall to boast, “No more will legislators in Richmond — most of whom are men — be telling women what they should and should not be doing with their bodies.”

The irony is thick. You, Governor, (a man) are telling the women of Virginia exactly what they must do with their bodies by requiring them to share female-only public spaces and facilities with men who claim to be women. You’ve made every girl and woman in Virginia vulnerable. You’ve left them without recourse or protection. That makes you a public villain, not a hero.