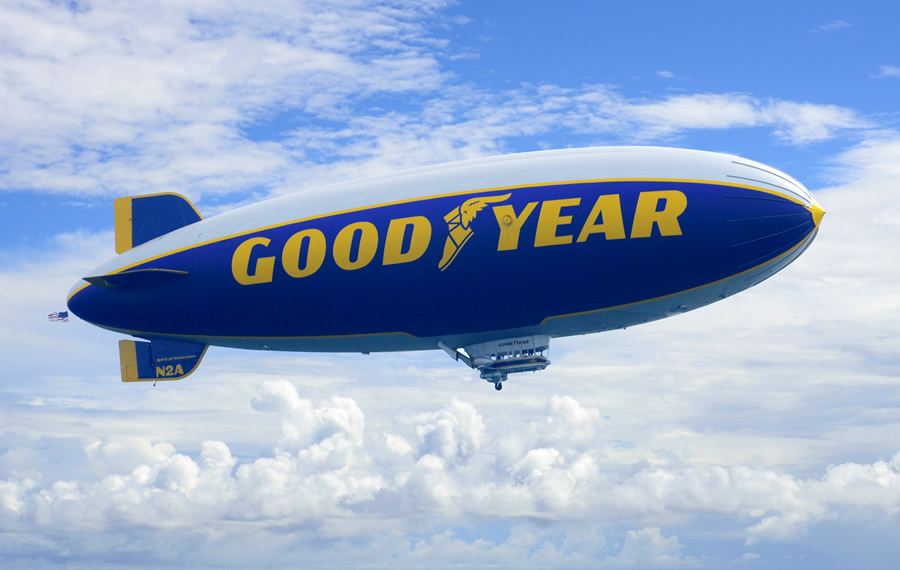 Goodyear Tires got in trouble after a baldly biased slide leaked from one of its diversity training sessions. The controversy was short-lived: Just two days after President Trump tweeted “Don’t buy GOODYEAR TIRES” on August 18, the firm amended its policy, putting employees’ pro-law enforcement advocacy on par with calls for “racial justice and equity.” Still, the response by company CEO Rich Kramer and others indicates an unspoken dogma — that social justice advocates can do no wrong — which has become the norm among America’s cultural elites.

While many journalists and commentators focused on the company’s panning of “MAGA Attire,” the real controversy turned on the double standard that permitted support for “Black Lives Matter” and “LBGT Pride” but not for “Blue Lives Matter.” It took two official memos in as many days for Kramer to announce that supporting law enforcement was also acceptable.

But the logic behind that decision is opaque. From a business perspective, it’s understandable that the firm wanted to quickly appease upset customers. That’s different from whether it acted consistently with its self-stated goals of tolerance and inclusion.

Is It ‘Zero Tolerance’ or Not?

The first memo deserves scrutiny apart from the second because it’s a snapshot of the company’s unrefined views on social advocacy. There, Kramer states that because the firm “has zero tolerance for any forms of harassment or discrimination,” employees are supposed to avoid expressing support for political campaigns at work.

Of course, neither Black Lives Matter nor Blue Lives Matter are directly tied to electoral politics. So, what further principle could distinguish the former as acceptable but the latter unacceptable? The memo indicates that the company’s judgment against political campaigning extends to “similar forms of advocacy that fall outside the scope of racial justice and equity issues.”

Adding to confusion is that the standard exempts social justice causes from its zero tolerance policy. This carve out could be for one of two reasons. Perhaps the company thinks any harassment or discrimination arising from social justice advocacy is tolerable given the good it would achieve. Or, maybe the firm thinks such advocacy cannot possibly lead to harassment or discrimination. The first undermines the company’s stated zero tolerance aim, while the second strains credulity.

It should be basic knowledge that social justice advocacy can constitute harassment. Just last month, the Washington Post reported that BLM protesters “heckled” a woman sitting in D.C.’s Adams Morgan neighborhood after she failed to raise a clenched fist along with them. In a video of the incident, what appear to be mostly white protesters lean over the woman, chanting “White silence is violence!” The Post quoted the woman — herself a BLM supporter — as saying later, “I felt like I was under attack.”

That social justice sloganeering can menace isn’t a late realization. In the days after George Floyd’s death intensified calls to combat racism, conservative legal scholar Robert P. George encouraged his followers on social media, writing in part: “Do not allow yourself to be shamed into saying things you don’t believe or expressing yourself inauthentically — by, for example, embracing movements or endorsing slogans about which you have reservations.”

While an academic like George recognizes popular misgivings about social justice activism, others are unaware of how widespread those misgivings are. Interviewed about the Goodyear controversy, one University of Akron sociologist underestimated public opposition to Black Lives Matter. As she put it, “The notion that Republicans aren’t in support of the Black Lives Matter movement is probably demonstrably false.” But a quick look at polling data from Civiqs showed that on August 25 — soon after her quote was published — Republican opposition to the movement stood at 78%, while Americans’ overall opposition was at 38%.

All this is not to invalidate the sentiments or goals of social justice advocates. But it’s clear that corporate heads, academics, journalists and other influencers often fail to acknowledge that such advocacy can be unpopular, let alone be harmful or mistaken. When elites do point to these shortcomings, they will often be conservatives, libertarians, or those strongly committed to classical liberalism. Anyone who persists in the fantasy that race, sex, or equity-based activists can do no wrong — or worse, get to call all the shots — will surely continue to alienate rather than persuade their fellow citizens.

Harvard’s ‘Joan of Arc,’ Claira Janover, Burns Herself at the Stake