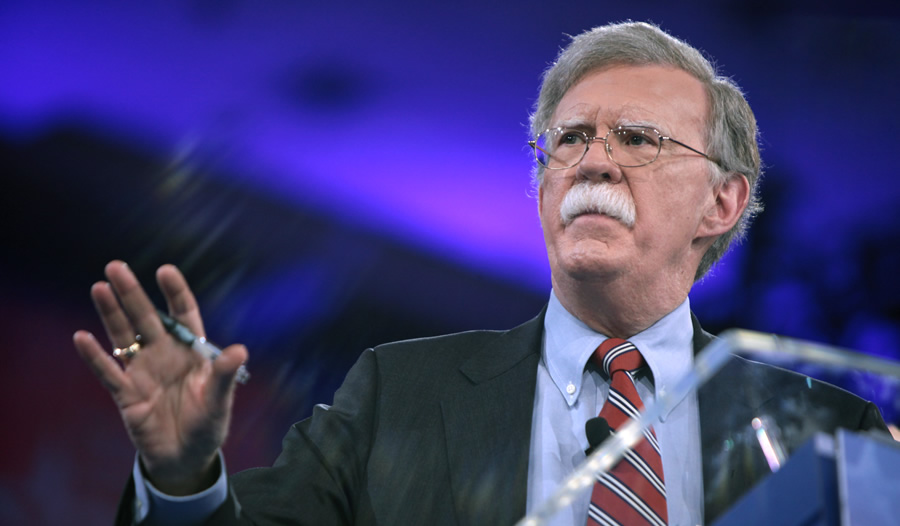 What did Tsar Nicholas of Russia, Kaiser Wilhelm of Germany, Kaiser Franz Josef of Austria-Hungary, and Confederate President Jefferson Davis all have in common?

They each concluded that a war was necessary to preserve the status quo. To keep their societies intact. Each one let the notion of “honor” and “saving face” lead him into a bloody conflict that killed staggering numbers of people, far more than anyone predicted. And each one’s decision ended with the absolute destruction of his regime, and humiliating conquest or bloody revolution. They destroyed their nations to save them.

None of these leaders, offered a glimpse of the post-war future, would have gone anywhere near the conflict. Instead, each one would have hunkered down to negotiate.

As Our Lord said in the Gospel read at my church last week:

[W]hat king, going to encounter another king in war, will not sit down first and take counsel whether he is able with ten thousand to meet him who comes against him with twenty thousand? And if not, while the other is yet a great way off, he sends an embassy and asks terms of peace. (Luke 14: 31-32)

Wars are unpredictable. One might be able to forecast the likely outcome of just one battle, most of the time. Not usually of a war. There are too many unfathomable factors, too many moving pieces. Nor can we know that the consequences of even a successful war will be to our long-term benefit.

Remember when all the human-rights activists at the U.N. and the E.U., and the brightest minds of the Obama administration, demanded the ouster of Muammar Gaddafi? Who then could imagine the murder of a U.S. ambassador in Benghazi just a few months later? Or the return of open air slave markets for black people in Libya?

We constantly hear from hawks about the evils of appeasement. Yes, the British and French surrender to Hitler over Czechoslovakia was treacherous, wicked, and foolish. But not every enemy is Hitler, not every negotiation is appeasement, and not every war is winnable. It is not always and everywhere September 1938. Just as often, in fact much more often, we find ourselves in August 1914, with strident voices urging us to throw millions of men into conflict recklessly and foolishly.

War Is Only Just as a Last Resort

St. Augustine developed the Just War tradition in Christian thinking precisely to teach us that war must be the last, the very last resort in every situation. The wicked failure of Christian rulers to wage only just wars stained the credibility of Christendom. It gave rise to the suicidal heresy of pacifism.

So far, Donald Trump has done better than most American presidents at avoiding what he rightly called “stupid wars.” He courted scorn and derision for meeting with Kim Jong Un of North Korea, instead of playing nuclear brinksmanship. He shut out the shrill voices of neoconservative interventionists who demanded that we risk war with Russia to overthrow Assad in Syria. All that would have yielded was a regime in Damascus linked to al Qaeda, free to purge or murder a million Christians. You know, as Muslims did right under our soldier’s noses to a million Iraqi Christians, after our last stupid war.

You might care as much as Condoleeza Rice does about the rights of women in Afghanistan. But do you care about any of these things more than you do religious liberty? Unborn life? Parental rights? The Second Amendment? Securing U.S. borders? Are you really willing to risk all that, and another 2008 style leftist landslide, on the right number coming up on the roulette wheel of foreign war?

Instead, Trump wisely partnered with the Kurds, who include Syrian Christians in their military and government. Then after ISIS was beaten, Trump stood firm in preventing a destructive invasion by Turkey.

Trump Has Been Wise So Far

Trump rightly avoided a military intervention in Venezuela. The plight of that country’s people is genuinely tragic. But it’s not for the U.S. to pretend we have the wisdom, the power, or even the right to step in and decide other nation’s fates. Had we invaded that country, the chaos that ensued might have forced us to occupy it. Then every bombing in a shopping center, every social problem unsolved, would be laid on America’s doorstep. Instead of blaming the socialists who actually wrecked that country, proud Venezuelans would end up hating America instead.

Now Trump is considering negotiations with the Taliban to end our endless war in Afghanistan. Started for good enough reason, to hunt down Osama bin Laden, it morphed into an futile effort at nation building. Our country cannot even assimilate the likes of Rep. Ilhan Omar and her voting base in Minnesota, where female genital mutilation is now a problem. (Just keep repeating to yourself: Our diversity is our strength.) But we are expected to impose gender equity and democracy in Afghanistan? It’s a scandal to waste one more American life in such a conflict.

We Must Sometimes Negotiate with Terrorists, for Instance Stalin

No, I’m not fond of the Taliban. But you can’t end a war without negotiating with your often unsavory enemies. They’re the other party in the conflict. If we refused to talk to people with values we reject, the U.S. would still be fighting the Vietnam War. And the Korean war, for that matter. We must exit Afghanistan as we did Korea, accepting the fact that a total victory would have cost more than it was worth. And ready to savagely retaliate if the regime ever attacks. But to leave it alone if it doesn’t.

The way we ended World War II, by demanding unconditional surrender, regime change and full occupation? That is the exception, not the rule. Nor did it spare us hideous moral compromises. Or did anyone forget that we allied with the butcher Josef Stalin, Hitler’s one-time ally? Then let his judges co-preside with ours over war crimes trials, when Stalin was just as guilty?

We risk even more than the lives and limbs of our servicemen whenever we go to war. We also risk our freedom here at home. Any politician who goes to war wagers his own and his country’s future on a game whose odds are unknown.

And Donald Trump’s too smart to bet his entire political legacy, the safety of U.S. borders, and his economic agenda, on the actions of distant foreigners over whom he has no control. That’s why he won’t go to war. And why John Bolton probably had to go.

Thanks to the Neocons

The bloody, inconclusive wars in Afghanistan and Iraq helped guarantee the election of Barack Obama. That gave him the power to stack the Supreme Court with still more enemies of unborn life, traditional marriage, and religious freedom. We can thank the reckless neoconservative partisans of war in 2003 for all those leftist victories.

You might worry about Iran’s nuclear ambitions. You might be concerned for the safety of demonstrators in Hong Kong. Heck, you might care as much as Condoleeza Rice does about the rights of women in Afghanistan.

But do you care about any of these things more than you do religious liberty? Unborn life? Parental rights? The Second Amendment? Securing U.S. borders? Are you really willing to risk all that, and another 2008-style leftist landslide, on the right number coming up on the roulette wheel of foreign war?

We must be humble as a nation, admit our limits, face our grave domestic problems, and pray as never before. Pray for peace, and justice, and for our leaders to strike the right balance always, resting in the wisdom that is one of God’s most precious gifts.