On Questions of Good and Evil: Jesus v. Demons 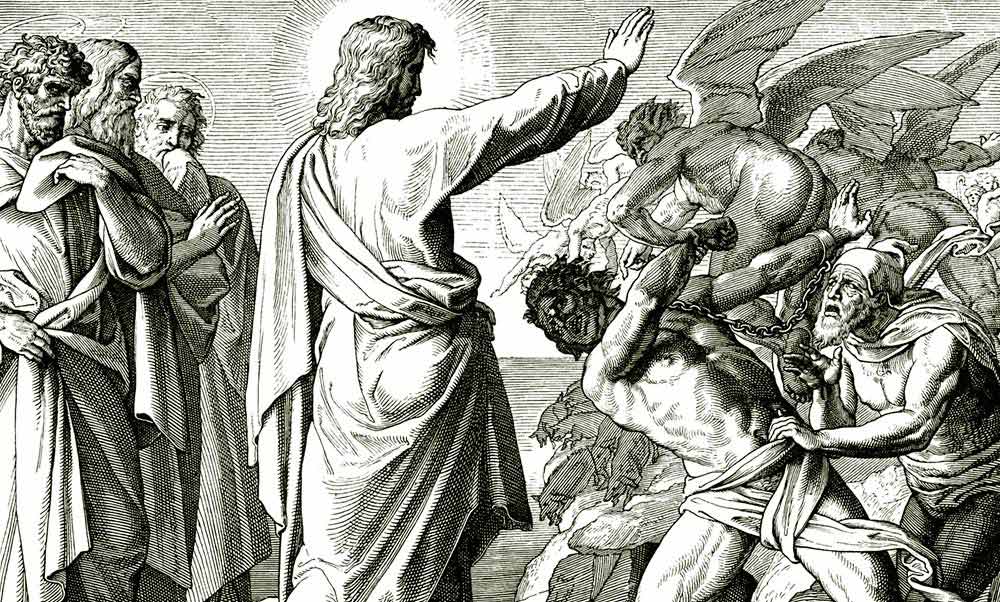 The demons didn’t manage to stay in their preferred backup location very long. When Jesus drove the demons out of the demon-possessed man, they begged to be sent into a herd of pigs instead of being thrown into “the abyss.” Yet when Jesus consented and sent them into the pigs, the pigs promptly rushed into the lake and drowned.

Very different is the story of the woman with an issue of blood. Without Jesus’ permission, she touched the hem of his garment and instantly was healed. As far as we can tell from the story, he did not deliberately heal her. He is simply so inherently creative, sustaining, and healing that mere contact with him cured her of an eighteen-year disease.

Evil, the Destruction of Good

The generally accepted Christian answer was that evil isn’t a “thing” like trees, angels or even patience. It’s a warped version of a good thing. Think of a patient person being twisted into an apathetic person, to the point where he wouldn’t bother to protect an abused child. He has become evil.

As best as we can reason from the evidence and implications of the Scriptures, this is how demons began. God created them good, but they used their free will (a good thing) to choose evil. They twisted themselves into evil. So evil is, by definition, destructive.

And so the demons Jesus sent into the pigs killed them. The demons couldn’t help it, even if it meant going back to the abyss.

At the foundation of the world, Jesus brought life. As John says, “All things were made through him, and without him was not anything made that was made. In him was life.”

And during his life on earth, Jesus continued to do what he had done since the beginning of the world. He restored life. He healed. He raised the dead. That’s his divine nature. It’s what He does.

Jesus came to heal people face-to-face. He came to die and rise again in order to break the curse of sin and death, so “that whoever believes in him should not perish but have eternal life.” All things are still created through him. He still sustains all things, “upholding the universe by his word of power” (Heb 1:3).

Jesus, giver, sustainer and healer of life, comes to us the way he came to heal the man with the demons. Only in Him, the eternal Word of God, can we find life.

Rampant destruction. Rampant life. I know which the pigs would have chosen, given the chance.