God’s Not Dead: A Light in Darkness to Release in Theaters March 30 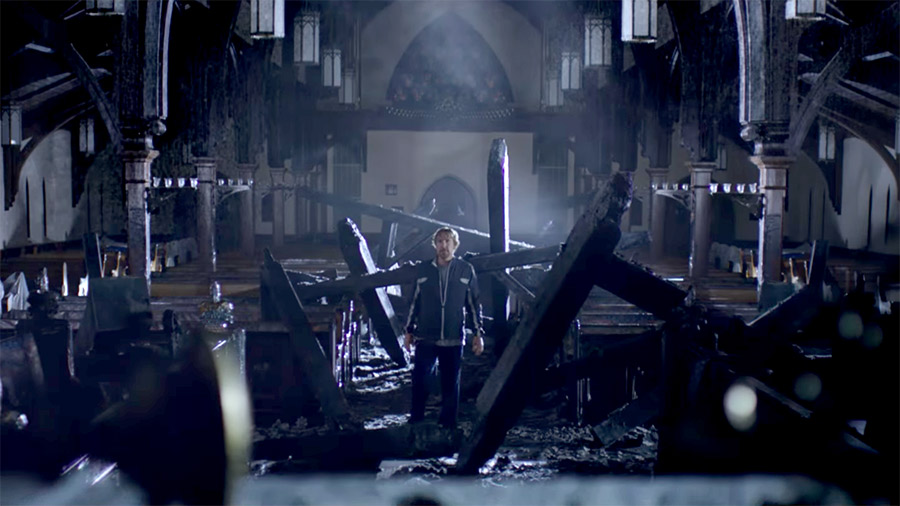 Actor, producer and Pure Flix Entertainment partner David A. R. White recently spoke with The Stream about his new film God’s Not Dead: A Light in Darkness. The movie is the third in the God’s Not Dead trilogy, but it’s different than the first two. It speaks to social and political issues and asks, “Is God good all the time?”

A Light in Darkness will release in theaters on Good Friday, March 30. White said the script was difficult to make. “The question was, How do we, in this next installment, make something that’s relevant to today and what is that story?” It took three script writers a long time, said White, to come up with the story.

The story turned out to be a movie about Reverend Dave, a character White played in God’s Not Dead and God’s Not Dead 2. In the latest movie, the pastor struggles with relevant social issues.

God’s Not Dead: A Light in Darkness tackles some tough questions. The pastor tries to make sense of the problems he’s facing. One of his questions surrounds his saying that “God is good all the time, and all the time, God is good.” White said even though his character is a pastor, he’s still human. He said the question is, How do [we] respond to life’s challenges? “[I]s God in the midst of that? Those really hard times. God, is He really good? Is He really good all the time? I think those are the challenges this movie talks about.”

“We live in this dark social, political, divisive time where everybody’s yelling and nobody’s listening,” said White. “And I think that’s what this film needed to be about is a light in darkness. How do we respond to all the hate? You can’t respond with more hate.” White said the filmmakers “wanted to shine a light on this, but in a God’s Not Dead way: filled with hope and healing and forgiveness.”

The challenge in bringing the script to life was making something that was authentic, White said. “People don’t want to be preached at, they don’t want to be hit over the head with the filmmaker’s perspective. What they want is authenticity, and that’s what we tried to show by saying, you got a pastor and his brother, who turned out to be an atheist. How does that work? And that’s life. That stuff happens all the time. How do you navigate through those waters?”

White wants audience members to walk away encouraged and inspired. “Our goal at Pure Flix has always been this: to bring people to higher levels of insight to Who God is and the purpose that He has for their individual lives. I hope that’s what they find in this movie. More purpose.” The goal is that people find hope, redemption and love through the film.